Morgan and Luke Mackley were taking their wedding photos on the Felt Estate, in Saugatuck, Michigan, when a wild deer crashed their wedding and decided the bride’s bouquet looked like a snack to eat.

“We walked over this hill and made it to a field where we saw just over a wooden fence was a deer,” Laurenda Bennett, the photographer who captured the wedding said. “As soon as we arrived, the deer looked up and just casually walked over to the bride and groom.” 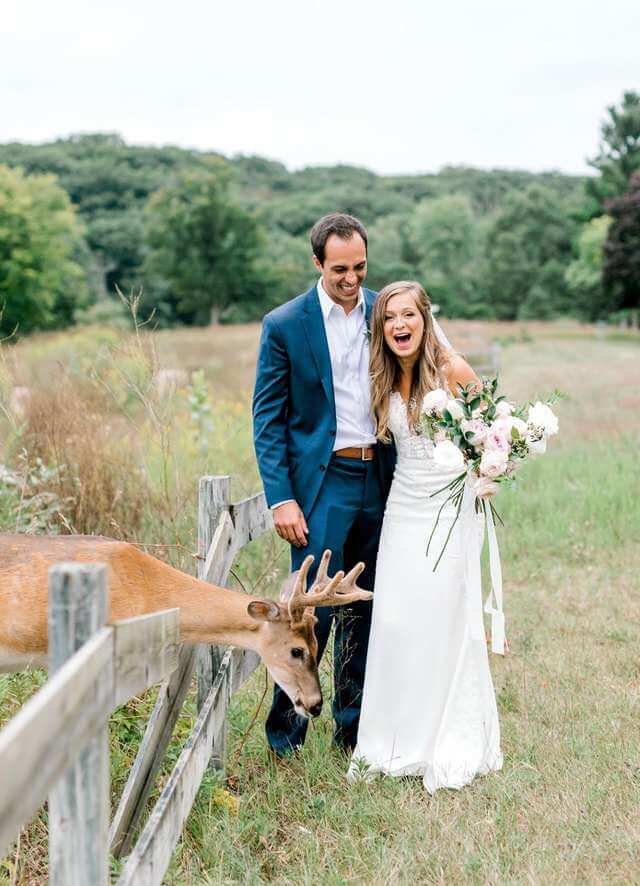 “[He] started reaching his neck over and grabbing flowers from her bouquet and just chewing away,” Bennett told The Dodo. “Then he steps over the fence so he’s standing in front of them, and he’s just hanging out eating her bouquet.”

The couple tried to keep the bouquet out of the deer’s reach, but it would stop at nothing to get the flowers. So Morgan eventually forfeited the bouquet and gave it to the hungry animal. 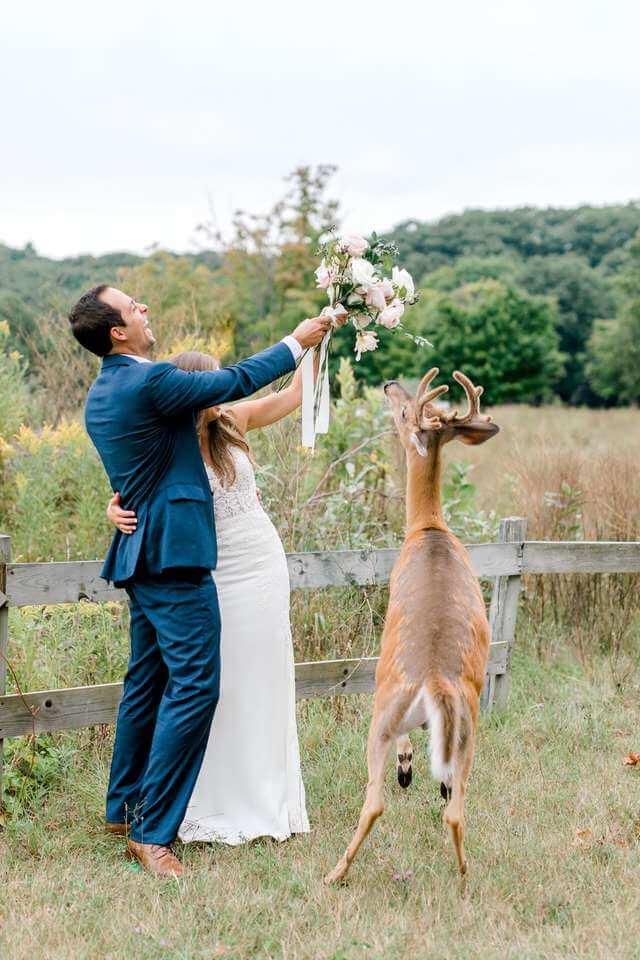 As it turned out, this special deer is a well-known photobomber in the area. However, Bennett didn’t think the deer would make an appearance. “Never in a million years did I think I’d run into him, especially when photographing a wedding,” Bennett said. “I felt like it was meant to be.”

“We’re all giggling and looking at each other in shock,” Bennett said. “I think everyone was in a bit of shock and it was a really special moment.” 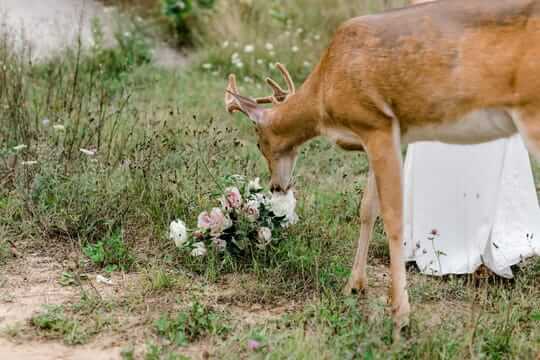 The couple moved into a new scene to capture more pictures, and when they returned to the field, they found that the deer had eaten the whole flowers, except for one single rose. He had left this rose behind for the bride as a little wedding gift.

“We walked away to capture more bride and groom portraits sans deer, and when we came back to the spot we left the bouquet, there was one full white rose still intact,” Bennett said.

The determined deer got his bouquet, and the couple got the special wedding photos they’ll never forget.

This uninvited guest made the day even more special. What an adorable story! Feel free to share this story with your friends and family members!

10+ Animals That Deserve To Be Called A Hero

10+ Cute Animals Who Share An Interesting Relationship With Snow