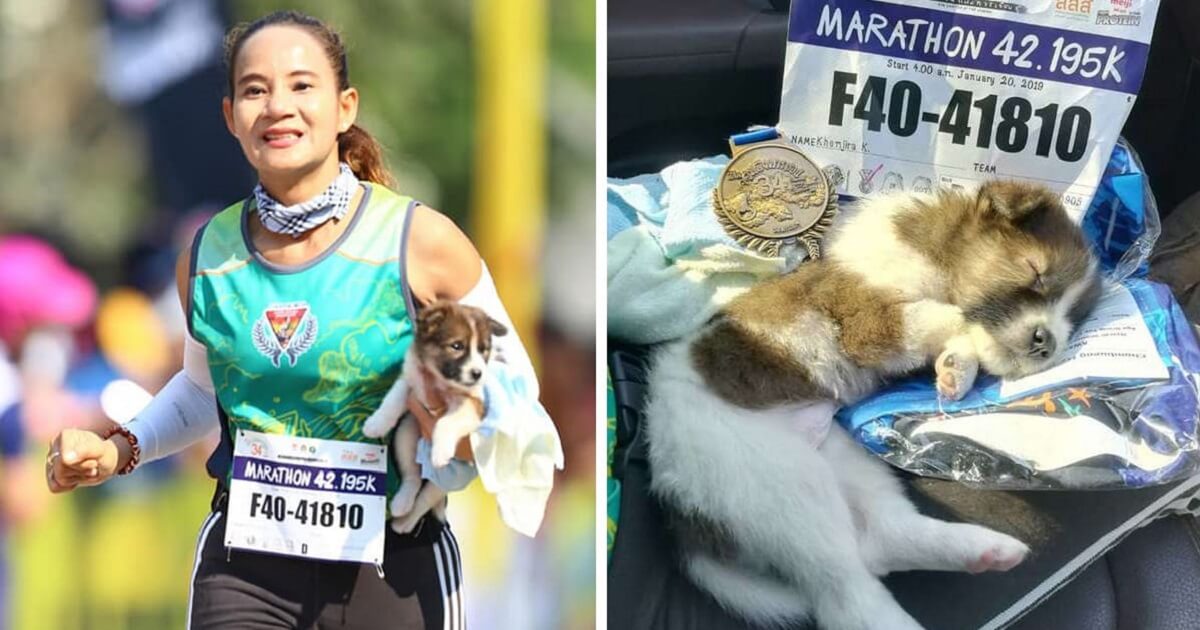 Khemjira Klongsanun, a 43-year-old Thailand woman who enjoys running and has won some races. However, in one of her recent marathons in Ratchaburi, western Thailand, Khemjira showed she isn’t just a good athlete, but she also has a kind heart. Khemjira was seven miles into her 26-mile marathon, when she saw the runners ahead of her dodging something in the road. It turned out to be a stray Thai bangkaew breed puppy. After seeing little puppy there, with no mother in sight and no houses nearby, she decided to pause from the marathon to help the puppy. She tried to coax the trembling puppy over to her, picked it up and brought it with her. Instead of leaving the puppy behind or giving her to someone, she carried the puppy all the way to the finish line. She finally completed the marathon with the pup in her arms, and she was happy because she rescued the poor puppy. The heartwarming moment was captured on video and everyone was touched by her kindness. After the race, Khemjira tried to find the puppy’s owners, but no one came to find her. She concluded that the pup had been abandoned, so she took the pup to home with her and named her Nom Chom. The puppy has now a loving home where she will be happy and loved by her new human mom and canine friends. “It might take a while for him to adapt himself. But Nom Chom is a very smart boy. I’m sure he is going to be happy living with us,” Klongsanun said. Watch the touching moment in the video below!

Posted by นักเดินทางรัก on Thursday, January 24, 2019

We believe that this is a marathon that Klongsanun and many others will never forget.