A 6-year-old miniature horse named Waffles is looking for a home in Bucks County, Pennsylvania. But if you want to adopt this horse, you’ll also need to adopt his best friend, a goose named Hemingway.

The horse and his goose friend, along with two peacocks and twelve ducks were rescued by the Society for the Prevention of Cruelty to Animals from an area farm in July. Officials brought them to the SPCA barn, and now they’re living together at the Bucks County SPCA. 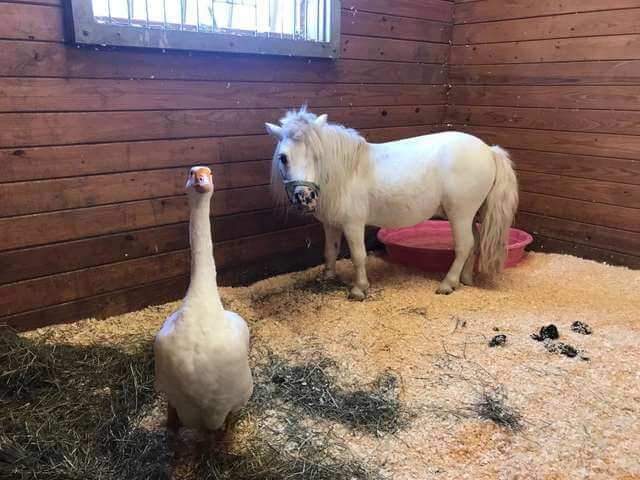 “They were being kept in filthy conditions without adequate shelter,” Cindy Kelly, director of communications with the Bucks County SPCA (BCSPCA), told The Dodo. “We don’t know how long they lived together, but … right from the start it seemed to us that these two shared a special bond.”

After moving into the new environment, the two have grown closer especially when Waffles came down with an infection. The best friend Hemingway made a habit of comforting the mini horse through his illness every day. 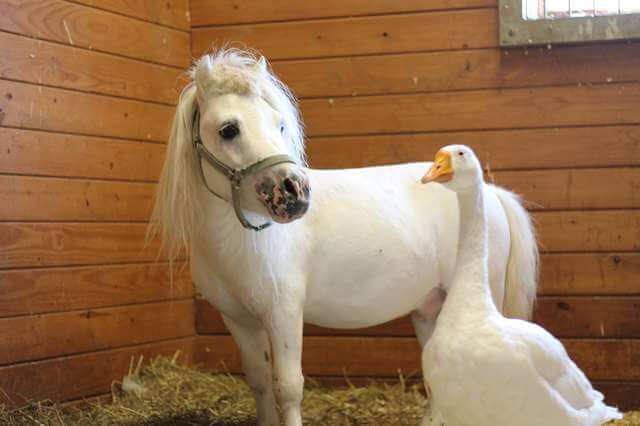 “The pair just seem happy to be together and Hemingway especially wants to keep it that way,” Kelly said. “They seem to comfort each other.”

Hemingway will do anything for his friend, but sometimes, this has made treating Waffles a bit more complicated.

“When we go to give medicines or injections, Hemingway would get in between and say, ‘I’m sorry that’s my buddy the horse. He doesn’t want a shot today.” 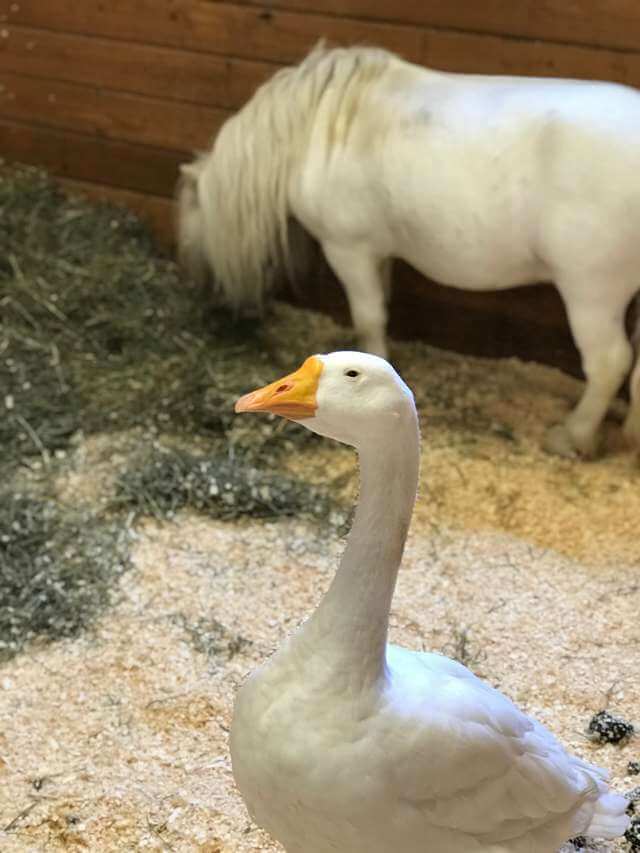 “Hemingway just gets protective and he doesn’t want to get split up from his friend,” Kelly said. “Hemingway will honk or flap his wings if he thinks you’re trying to get between them.”

SPCA workers say as soon as Waffles gets cleared by the veterinary team, the two will be ready to find their forever home because they have become inseparable and must be adopted together. However, SPCA will not be accepting applications for the two animals until it is ready. 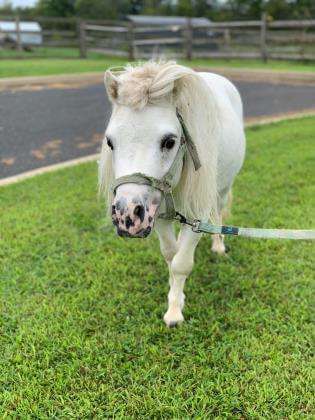 The relationship between Waffles and Hemingway has sparked interest from people around the country, so we believe that they’ll find a good owner, despite the challenge of being a package deal.

If you are interested in adopting Hemingway and Waffles or other farm animals from the Bucks County SPCA, you can visit their website and fill out an adoption application.

Their unusual relationship is solid proof to prove that you can get through anything with a good friend by your side. Feel free to share this post with your friends and family members!

Mama Deer Walks Into Convenience Store, Then Returns With Her Whole Family

10+ Pets Who Think Reading Is Stupid And Books Are Dumb

30 Times Pets Find Out They Are Heading To The Vet, And They Are Incredibly Hilarious

Dog Falls Into Canal And Starts To Drown, Until Group Of Dolphins Saves Him In Incredible Manner