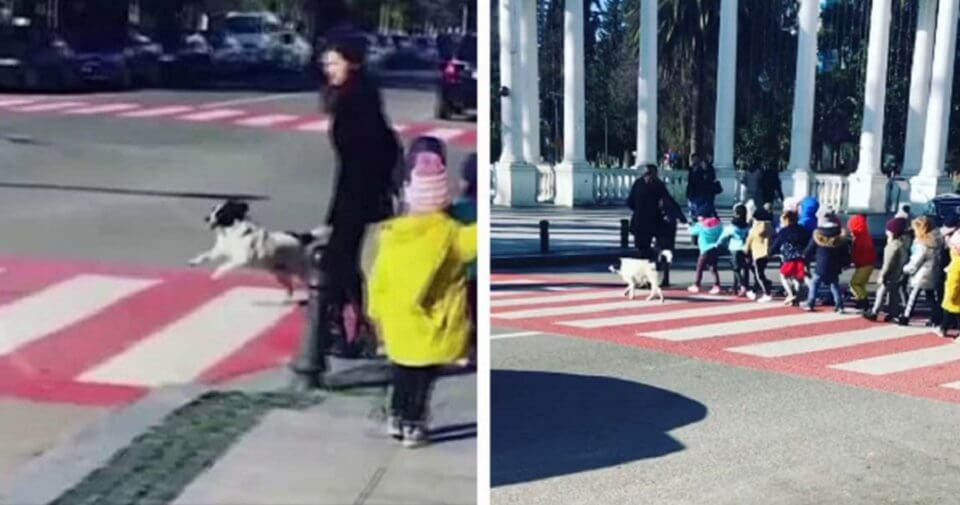 On a rush day, not many people care to behave well when they drive. They do speeding, encroaching, and horning for the sake of their driving space. Those must learn the manner from this dog. At a crosswalk in the town of Batumi, Georgia, several kids were waiting on the side road to cross the street. But traffic didn’t seem to yield for them. While the little ones were reluctant, a dog appeared and took the role of a crossing guard.

This pup tackled his mission beyond expectation. He seemed to be a pro in the role though it’s unknown if he adopts that responsibility.

In a viral video shared by Beqa Tsinadze, the dog gave people the ultimate security and adorable attempt that deserves all kinds of respect. And it wasn’t just an impromptu act. Tsinadze caught another moment with the same dog escorting another group of children in the same situation.

Surprisingly, this endearing buddy is not any trained canine from an academy. He’s been a stray dog for a few years and received care from the community. Folks around the area call him by several names, but his duty stays the same.

Nonetheless, it’s reasonable to send many thanks to the dog’s service. Not only should we admire him, but also respect this elevated form of behavior. Notably, it comes from a non-human species.

Do you think all the aggressive drivers should duck down before this well-mannered pup? Like and share this story.