At first glance, it appears to be a canine statue… but the truth is not what you think. A picture of a rare dog breed has gone viral after being posted on Instagram few days ago. This picture caused the internet to get into a bit of a debate due to her unusual appearance and people were convinced it was a black dog statue. The viral photo is actually a living, breathing dog who is owned to Sandra Pineda, from Quezon City, Philippines. She is a Xoloitzcuintle or Mexican Hairless Dog and was brought home when she was just two-months-old. Looking at the photos of her on Instagram, people thought this was of a statue. Everyone was mistaken due to her unique look and the fact she doesn’t have hair. However, not everyone is convinced by her unusual looks. While many people love her appearance, some think she looks ugly or odd. 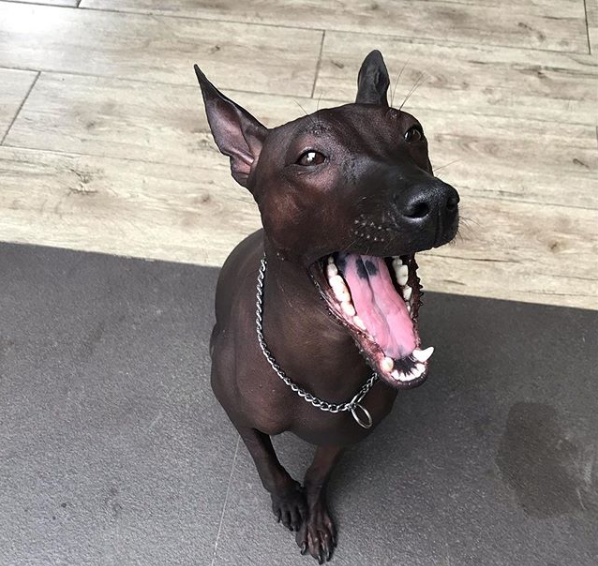 Although she looks serious and even intimidating to some, she’s actually an intelligent, affectionate and playful dog. So, Sandra’s probably got a great bond with her. 20+ Pets Who Show Unconditional Love To Their Humans

Seeing The Friend Cat About To Fight, The Dog Reacts In Super Funny Way

20+ Photos Of Pets Who Can Get Cozy Anywhere