The video below shows the moment police officers come to rescue a frightened cat from tracks and hand him back to his owner at a New York City subway station.

The cat named George was heading home from the vet with his owner, Mila Rusafova when a noise startled George came out of Mila and jumped down into the track. Unfortunately, there was a train far off in the distance and it was steadily gaining speed.

Mila became frantic and other people came to alarm the subway conductor to halt the MTA train. After that, Officers Brian Kenny and Gus Vargas showed up on the scene and jumped into the tracks to help the little cat before it could wander farther away. 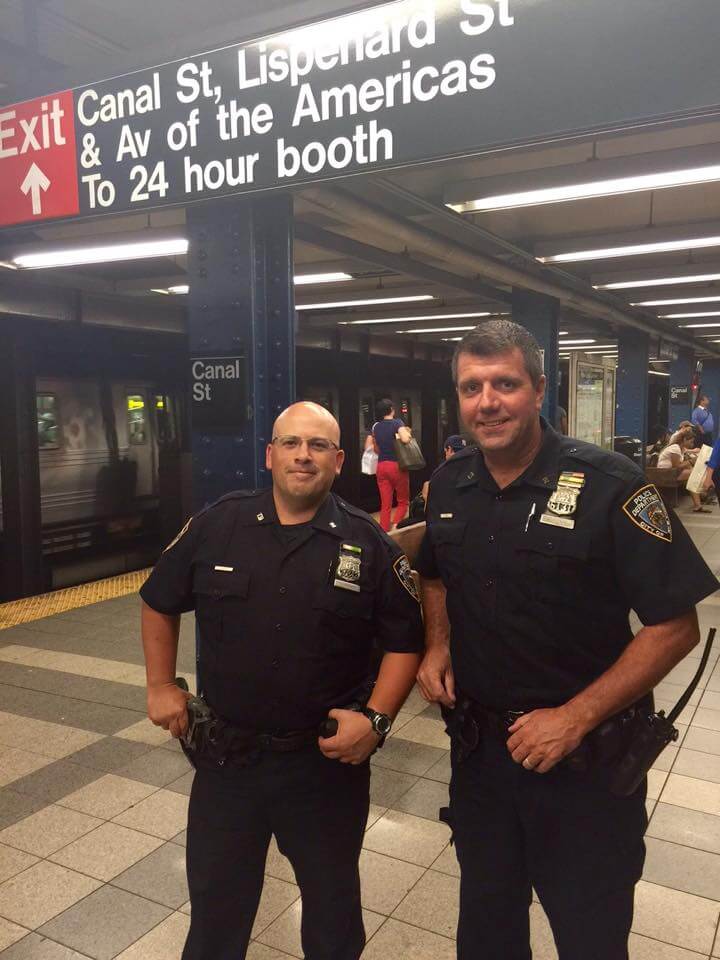 “He was panting, he was petrified,” Officer Brian Kenny said. “He didn’t move a muscle. The third rail was within four inches of his tail.”

“He looked at us. I picked him up, he reached for both of my shoulders like a baby. He almost hugged me,” Kenny said. “I love animals. Nothing would have happened to George. We were going to make sure of it.”

Although this caused heavy subway delays, we’re happy these men were there to save the day. They did their best to bring this poor baby to safety.

Watch the incredible video here and please share with all the animal lovers you know!

Japan’s Cat Island Asks Internet For Food, Gets More Than They Can Store

Meet Monty, The Adorable Cat With An Unusual Face