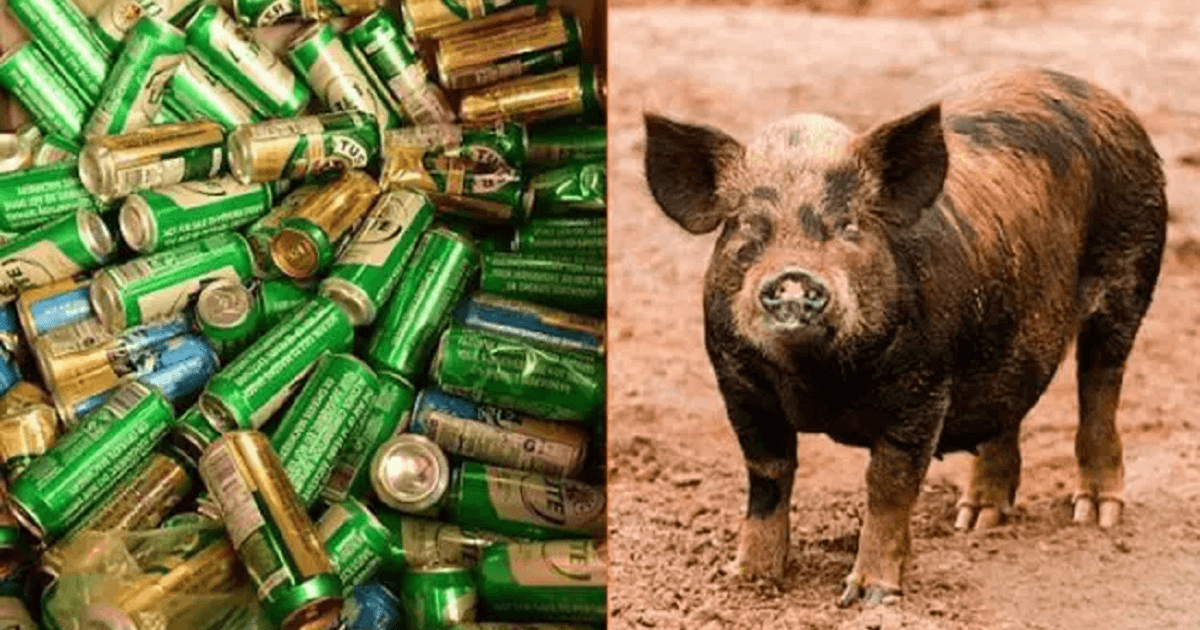 Can you imagine having a pig running around and drinking your beer? That’s exactly what happened at a campground in Port Hedland, Australia when a wild pig stole and drank beer from a group of campers.

It all started when the campers forgot their beer and went to bed. The campers were sleeping when they heard some noise, and they spotted the pig drinking the beer. The pig drank 18 cans of beer and after finishing the last can, he went straight to the trash and started a fight with a barnyard buddy – a cow.

After the battle, he decided to swim out into the middle of a river and fall asleep under a nearby tree. “It was going around and around, and then it went into the river and swam across to the middle… the people that were camped on the river went across and crept up on it, and it was hiding, and sleeping under a big log right on the edge of the water.”

Unfortunately, that was the only fun part about the story. The pig, whom Australians had nicknamed “Swino,” had been found dead. He tried to cross the road, and a truck hit it.

According to an article in the Guardian, “feral pigs are considered an invasive pest in many parts of Australia, owing to the diseases they carry, which can infect livestock. They also damage crops and compete with natural species for food.”