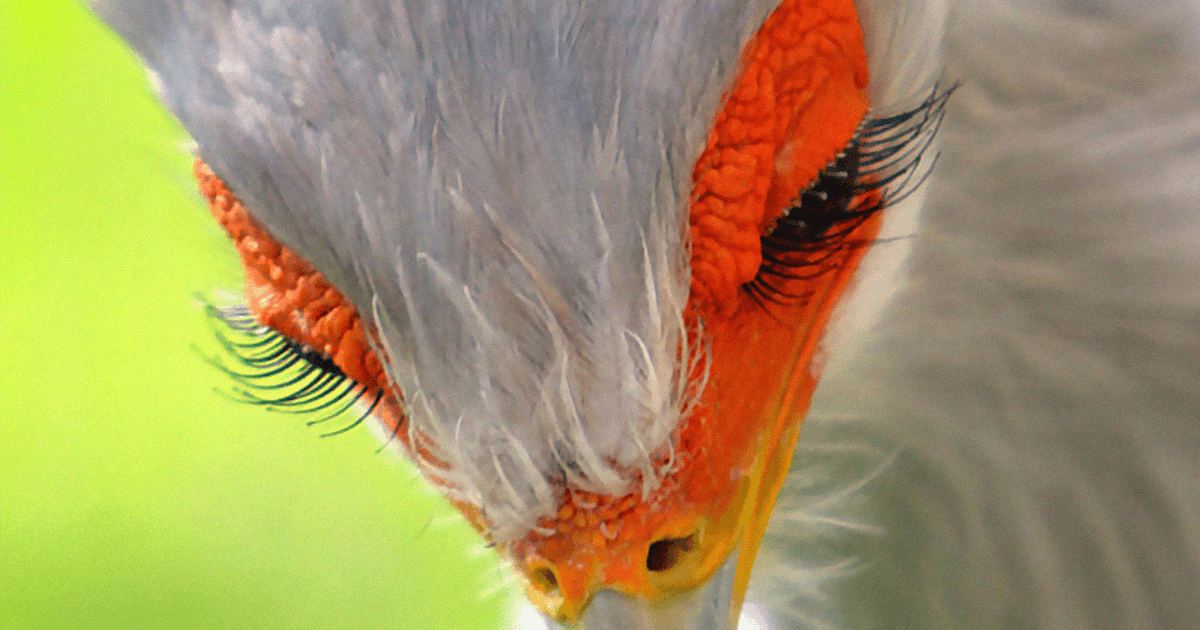 The secretary bird (Sagittarius serpentarius) is a very large bird of prey. They are usually found in the open grasslands and savannas of the sub-Saharan region. They got this name because the crest of long quill-like feathers on the back of their head that resemble the appearance of an 18th-century secretary with quill pens tucked behind their ear. Besides, this bird has long and prominent eyelashes that makeup models would desire. Secretary birds are diurnal carnivorous raptors, but unlike most birds of prey, they are largely terrestrial and hunt their prey on foot. They are able to stomp with a force equivalent to about five times their body weight. Secretary birds are represented today by the sole species Sagittarius serpentarius of Sub-Saharan Africa. These creatures prefer open grasslands and savannas in order to hunt easier. They are also famous for their long black head plumes and the ability to deal with pests and snakes. Brian Connolly, a photographer who has a passion for landscapes and nature photography. He is located in San Diego, CA and he has been photographing nature for 10 years. Despite his experience, the secretary bird has still found ways of impressing him. “From what I’ve seen, the secretary bird is truly unique,” he told Bored Panda. “They hunt snakes on the ground by stomping them with their dinosaur-looking legs and talons.”