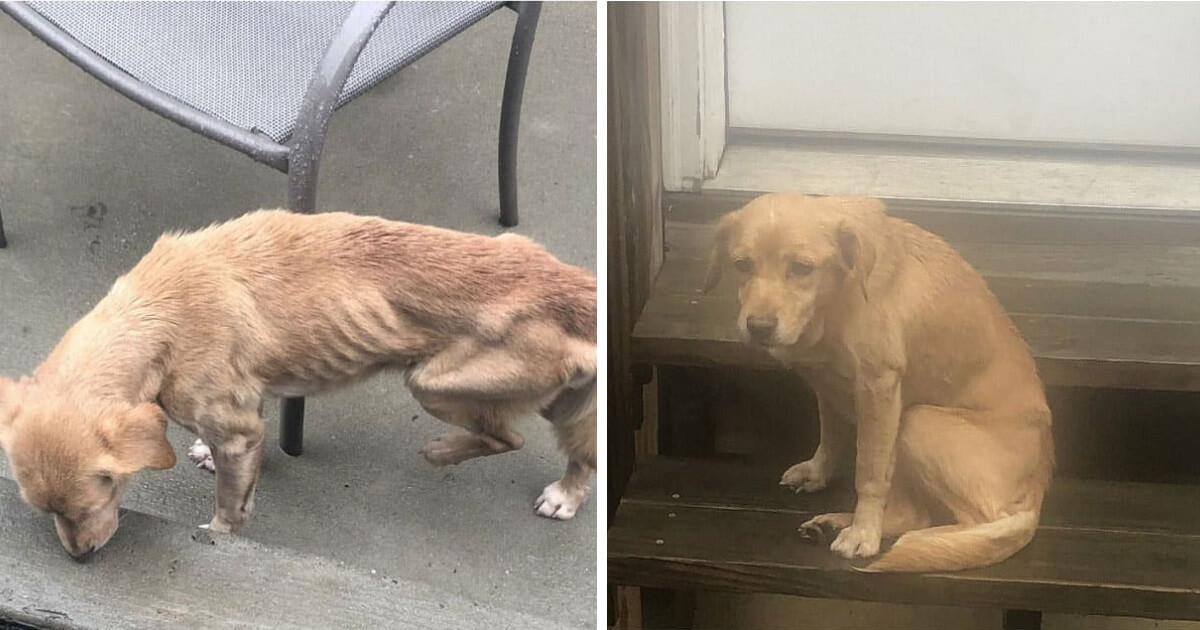 While others have to go through a bunch of considerations and hesitations before they can adopt a pet, that doesn’t apply Jack and his family, living in Fishtown, Philadelphia. In his thread on Twitter, Jack shared that his wife woke up for a pacifier and found a little flash of fur, a stray puppy in her house. Her husband Jack, after a nervous search for any intruder, came back with zero results, and he ended up to the security footage. He learned that a dog was limping through the storm and found Jack’s door open as if it was welcoming her. So, in she goes. Later on, a passenger walked by, considered the door was wind flung. The man knocked, yelled, and just pulled the door shut, having no idea about the previous incident. Skinny Suzy at her worst time Jack got that it was probably him forgetting to close the door. He took the dog to the vet and found she was an 8-year dog, unvaccinated, and suffering a number of body damages. The couple named the dog Suzy and decided to make their home hers. Their current dog George also welcomed Suzy and would share his bed with the sick pup. Suzy went through several treatments for ticks and fleas, dental, and atrophy. The bag-of-bones dog is on the mend, gaining some weights and rejoice. She is now receiving not only a warm home, clean water, food, and a soft bed but also lots of cuddling from his family and attention from the community. This dog now is homeless no more, and she probably got her very first warmest Christmas ever.

Suzy in her soft bed The family has received a donation of $18K for Suzy medical’s bills, but they look forward to taking the rest of the money to donate to more worthwhile causes.
If you like what you’re reading, please share the story.

10+ Naughty Dogs Who Were Not Shamed For Their Hilariously Crimes

Following Their Owners To Harvest Dragonfruits, These Mischievous Dogs Were Caught Red-Snouted