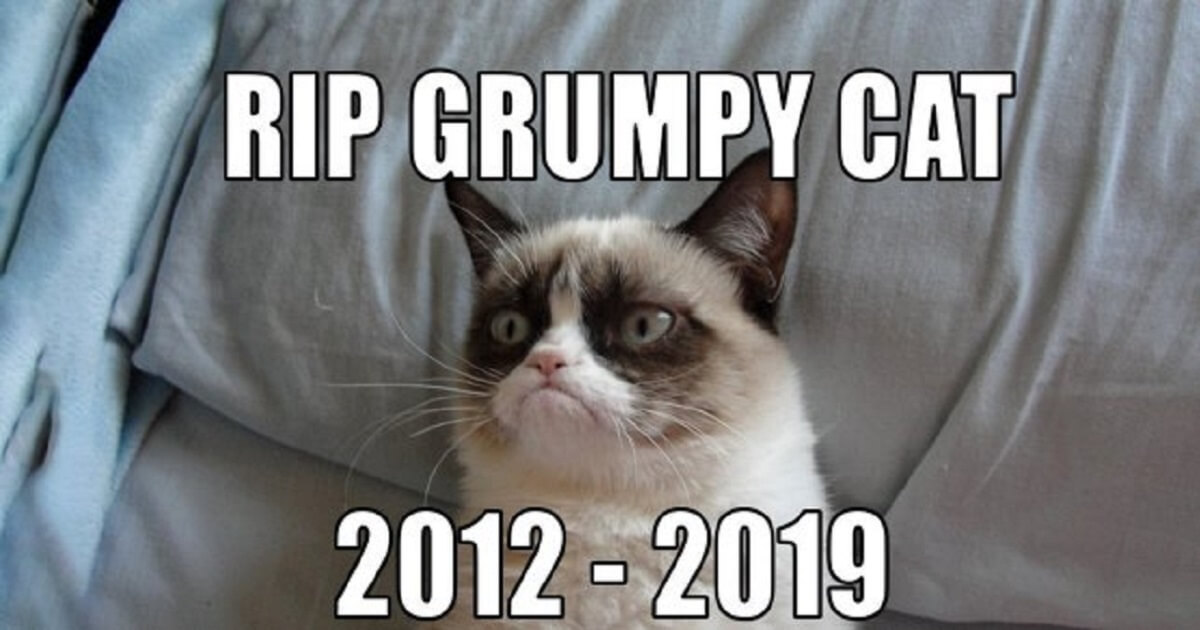 According to CNN, Grumpy Cat, the internet’s most popular cat and one of its first viral memes, has died aged 7. Her real name is Tardar Sauce and she is famous for her permanently “grumpy” appearance. Her grumpy look and perpetual frown are due to an underbite and feline dwarfism. She became an Internet sensation after her owner’s brother put a photograph of her on Reddit on September 22, 2012. Her photo has quickly gone viral with millions of likes and views across all social media channels. As of May 17, 2019, she has 8.5 million total followers on Facebook, 2.6 million followers on Instagram and 1.5 million followers on Twitter. Despite her grumpy expression, that does not mean she is of a grumpy nature too. She is a normal cat who behaves normally all the times. After her photo went viral, she quickly became the subject of a popular internet meme in which her negative, grumpy images used to communicate apathy or cynicism. Sadly, Grumpy Cat passed away this week due to complications from a urinary tract infection at the age of seven. Her owners announced her death on social media, with a post celebrating how her unique appearance “helped millions of people smile all around the world – even when times were tough.” “Despite care from top professionals, as well as her very loving family, Grumpy encountered complications from a recent urinary tract infection that unfortunately became too rough for her to overcome. She passed away peacefully on the morning of Tuesday, May 14, at home in the arms of her mommy, Tabatha.” Grumpy Cat crossed the rainbow bridge and went to heaven, but her spirit will continue to live on through her family and her fans everywhere. News of her passing was shared with her nearly 11m followers on Instagram, Twitter, and Facebook beneath the caption: “Some days are grumpier than others.” Rest in peace Grumpy Cat and the world will miss your sweet grumpy face very much!

10+ Pets Who Are Good At Making Your Days More Cheerful