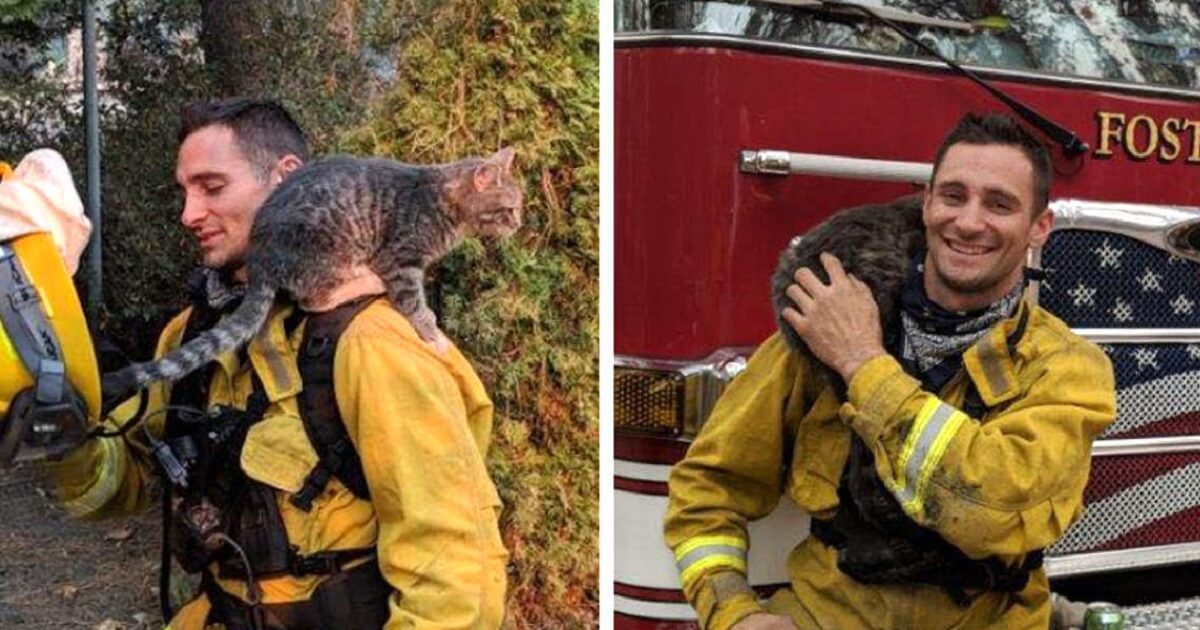 On Monday, firefighters from the Foster City Fire Department who were dispatched to Butte County to rescue a burned and injured cat in Camp Fire which has left at least 48 people dead and over 100 missing. According to a Facebook post from the fire department, a cat was meowing while hiding in the bushes of a property that firefighters were checking. The cat had burns on the bottom of its paws and whiskers, and appeared to be dehydrated and malnourished. He was a survivor in need of help. And the rescuers were happy to offer it. The cat was understandably frightened at first, but soon the cat’s demeanor changed when saw firefighters. Firefighter Geoff Downing was able to coax the cat from his hiding spot, taking him warmly into his arm. And at that moment, an instant friendship was formed. The firefighters called the cat “Foster” and provided it with food and water to regain his strength. Local animal services are now treating and caring for the cat. Later, Foster will be taken care of by the North Valley Animal Disaster Group for treatment. We hope that the cat will soon reunite with his family. Although the full extent of what was lost in the fire has yet to be counted, firefighters continue in their rescue and recovery efforts. God Bless all of the victims and families affected and rescuers! Please share this heartwarming story with your friends and family!