Cats love playing with shiny hanging things on Christmas trees. So, many cat owners have to come up with some pretty crafty ways to prevent their pets from destroying their Christmas trees before they end up with broken ornaments on the floor, with it toppling over, or worse. 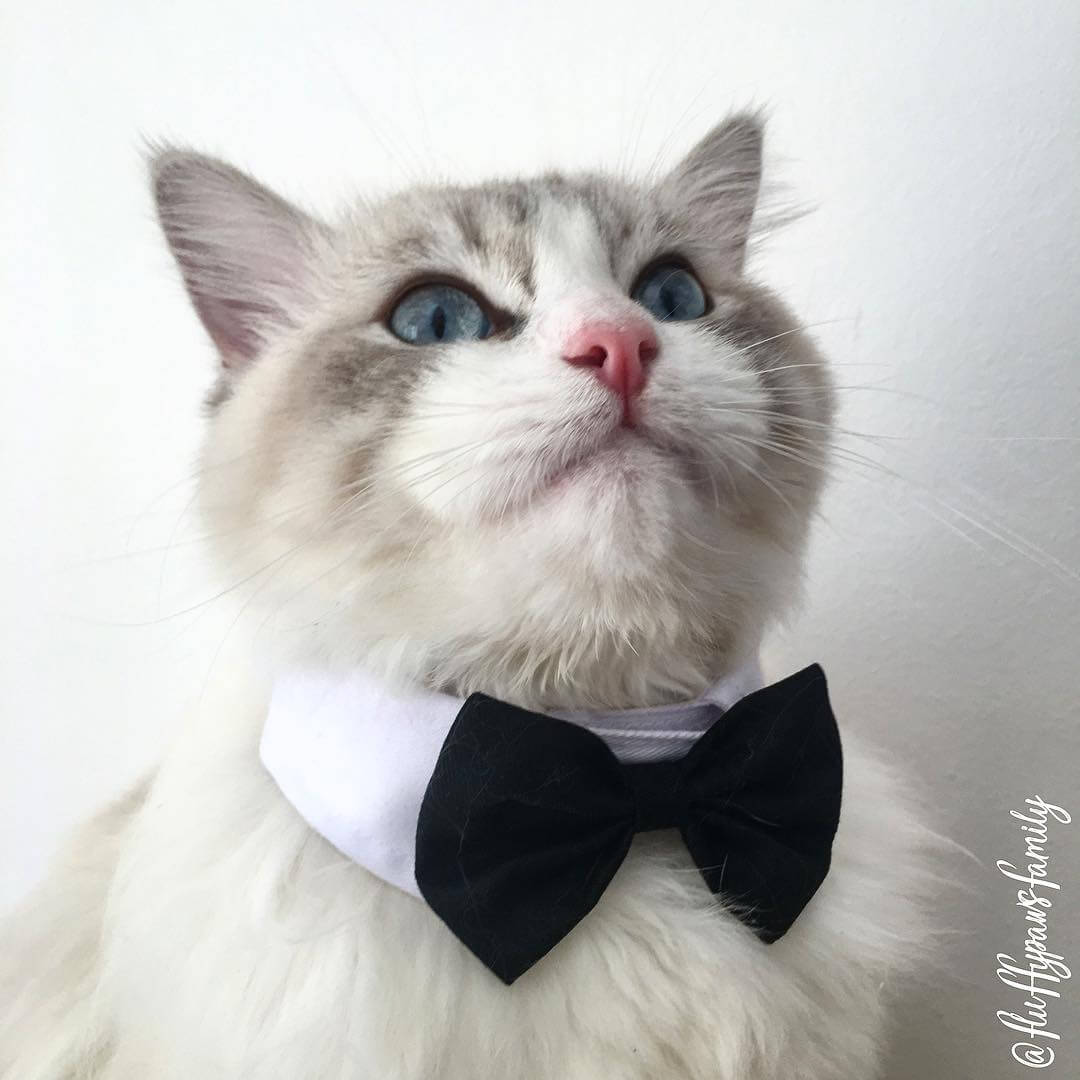 Recently, a savvy cat owner, Irene Olocco, from Turin, Italy, has revealed how she stopped her cat Lord Victor from clawing at the Christmas tree. She shared a picture of Victor on Facebook with the caption: “My cat is afraid of tangerines, so I’ve created a force field to protect the Christmas tree.” 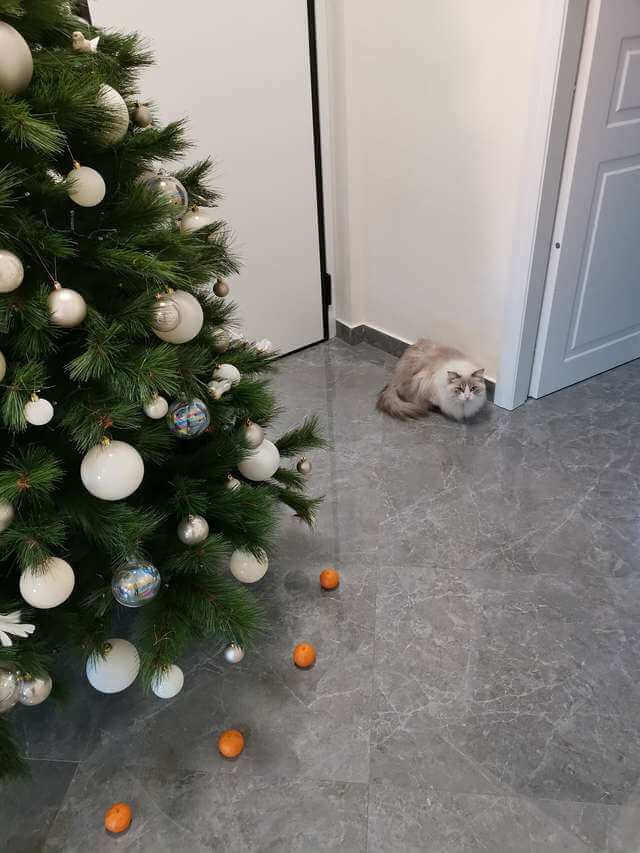 As you can see in the picture, the cat is staring at a grandly decorated Christmas tree from a safe distance. Everyone was surprised because the cat didn’t attack the tree itself. It turned out, Olocco stopped the kitty from ruining the festive decorations by making a ring of tangerines around it. 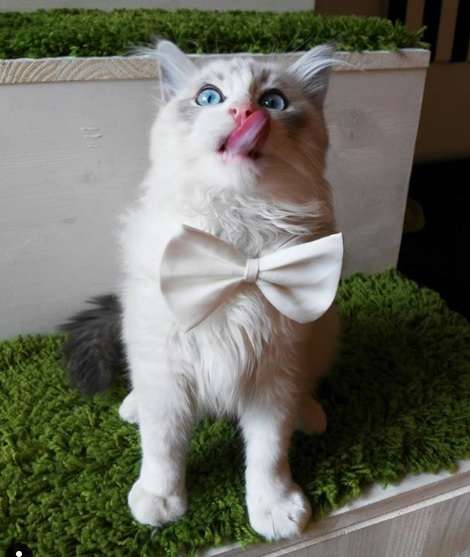 According to Olocco, ever since she brought Victor home, he has been an incredibly outgoing cat, and not much fazes him. However, when Victor was just a kitten, she discovered that he does have one big strange fear – he is afraid of tangerines.

“We were together on the couch, I grabbed a tangerine and, as I began to peel it, he hissed and ran away,” Irene Olocco, Victor’s mom, told The Dodo. 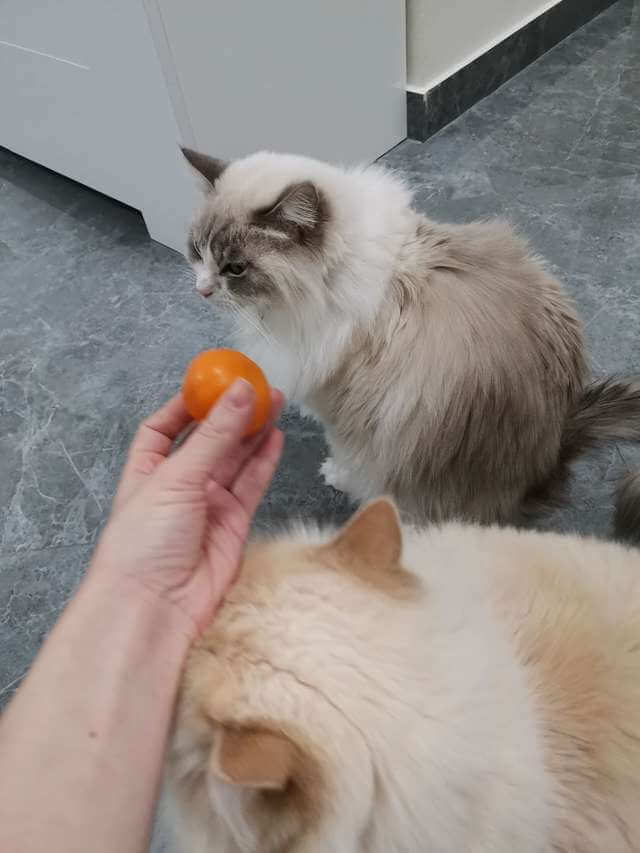 Olocco also knew that Victor is terrified of all similar orange fruits, and he absolutely wouldn’t go near them. For this reason, she began to put oranges or tangerines on the furniture where she didn’t want him to climb on and it worked. She even created a force field of tangerines around the tree to stop Victor from ruining it.

“I was sick of yelling at him to not touch the balls,” Olocco said. “In the middle of the morning I decided to eat a tangerine and the brilliant idea struck … It worked immediately!” Although Victor loves destroying Christmas trees, he hates tangerines even more. 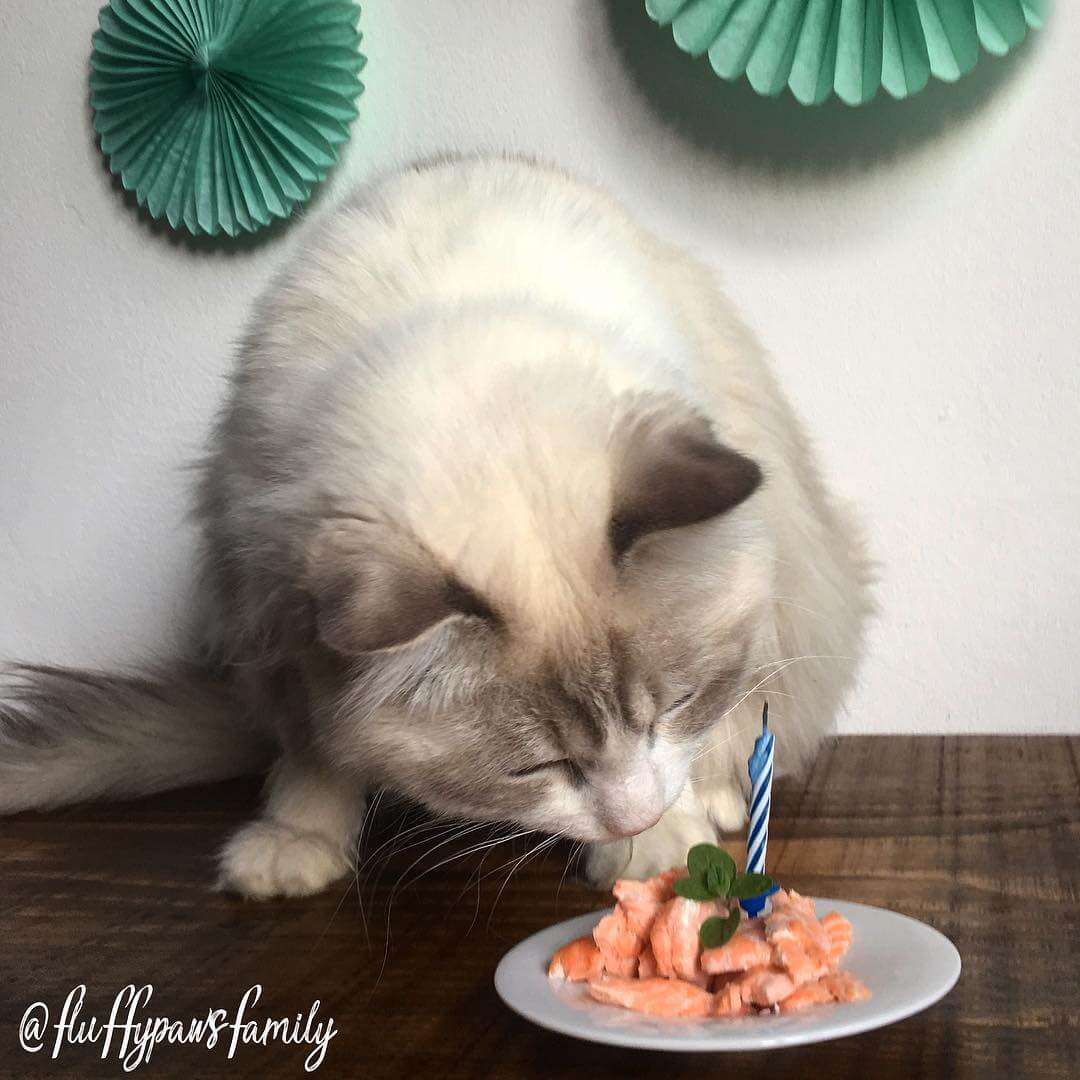 People loved the post because every cat owner has to go through the drama of protecting a Christmas tree. Now, Olocco’s tree is safe thanks to Victor’s very strange fear, but how long would the bliss and calmness last? 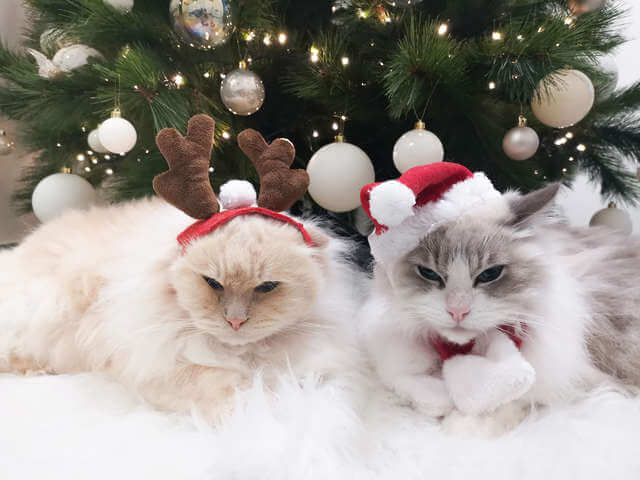 Is your cat terrified of tangerines? Does he or she love destroying Christmas tree? Feel free to share your story with us in comments and don’t forget to share it with your friends and family members!

Meet Ollie, The Polite Cat With The Amazing Expression

30 Proud Cat Mommies With Their Kittens Will Warm Your Heart