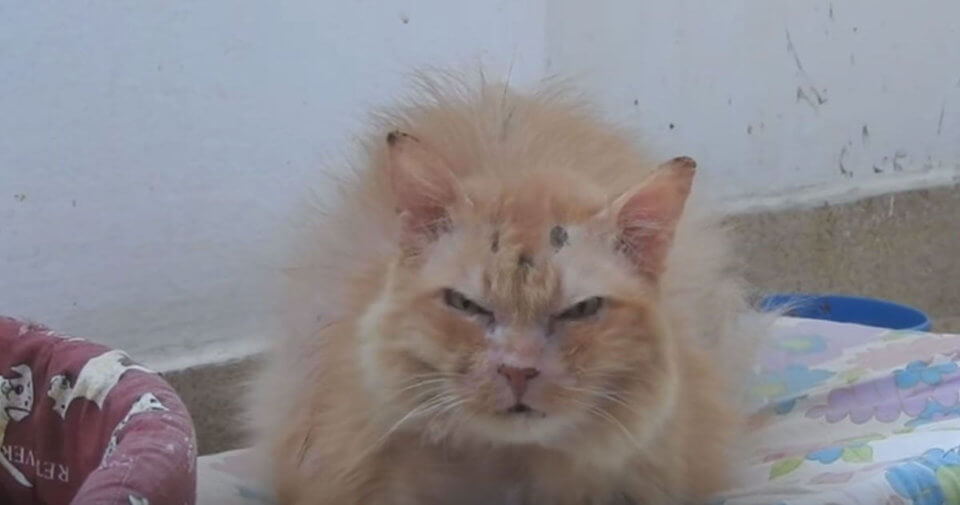 Every shelter animal has its own story and tale of woe. Meet Cinnamon, a 17-year-old elderly cat who was åbu5ed and then dumped for good by her former owner. She was rescued by SCARS (Second Chance Animal Rescue Society), an animal rescue organization located in Greece.

Too old to be put up for adoption and out of her rescuers’ fear over the feline’s health, Cinnamon is currently housed at the shelter to spend her final days in solace. They don’t know how much time she has left though – but they are making sure that they will be the best.

Take a look at Cinnamon in the video Below:

I pray that animals such as Cinnamon will find their loving homes, too. SHARE this for your friends to thanks the very kind woman!! <3