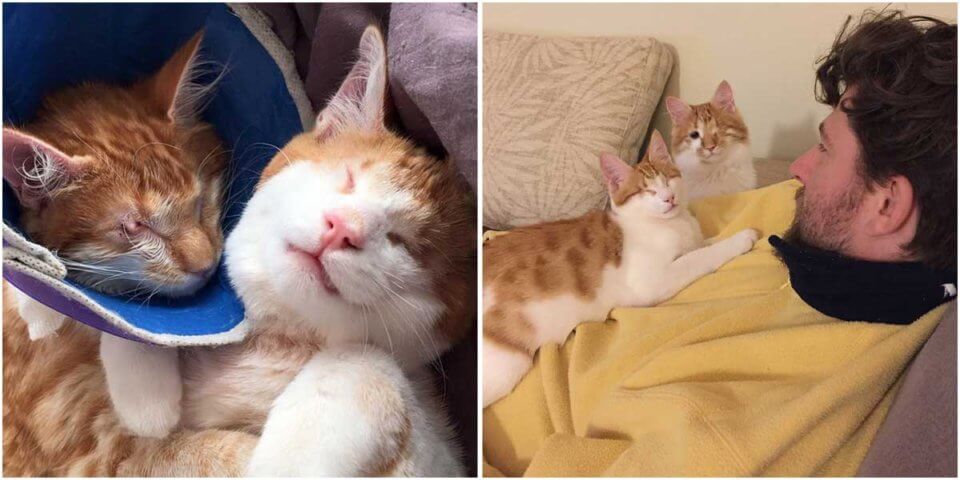 Two young kittens were found wandering outside in a backyard. They were completely inseparable.

When a kind woman from Sydney, Australia spotted them hanging out in her backyard, she started feeding them and soon noticed something very special about these twin brothers. 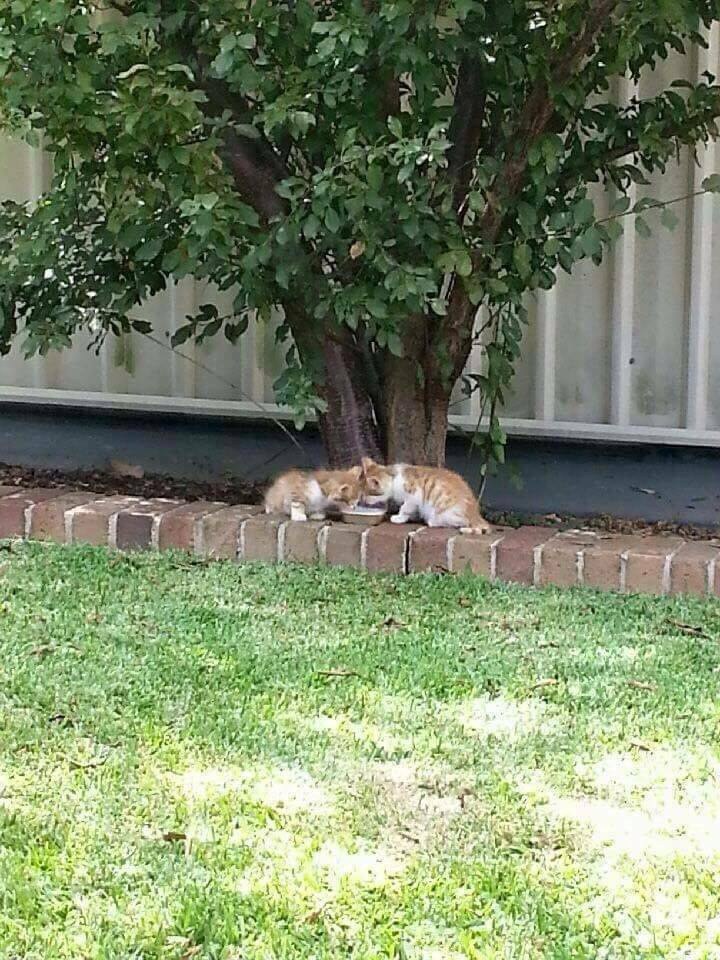 The kittens were around three weeks old, and both had abnormality in their eyes. The kind lady scooped them up and took them to the vet.

Both kittens needed extensive medical care that she wasn’t able to afford, so the woman reached out to several local rescues, but no one wanted to take them until March, 2016, Inner City Strays heard about the two brothers and offered to help. The pair was named Stevie and Isaac.

Diana Dammery of Inner City Strays could not turn down the kittens despite being at full capacity. She knew that the twins needed immediate help. 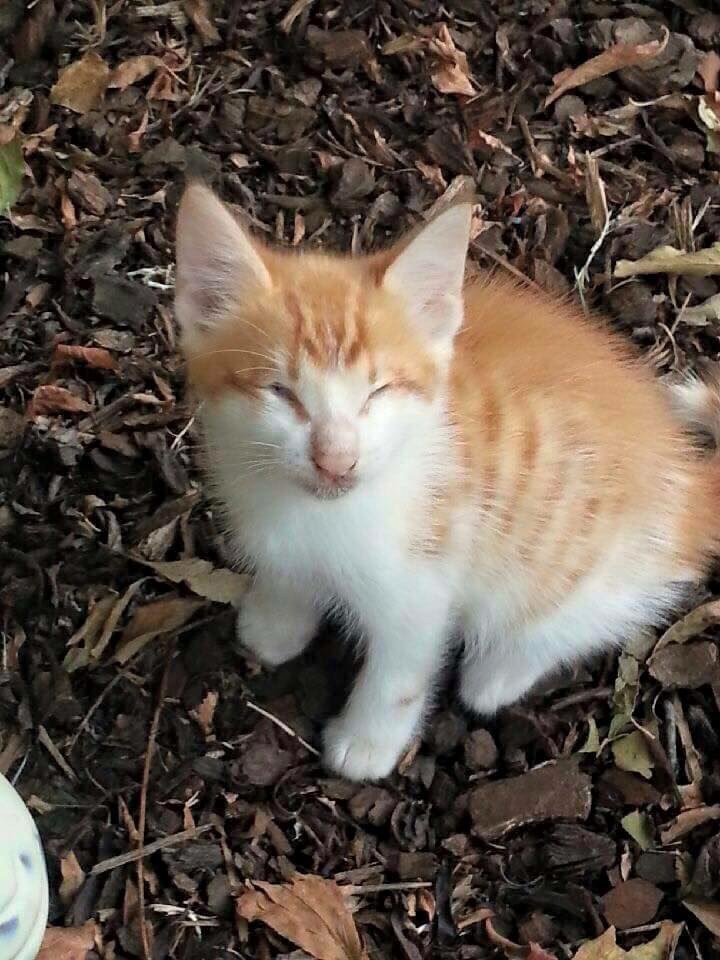 “Both boys have been born with deformed eyelids and a condition where the eyelashes turn inwards and rub on the pupils,” the rescue said.

As a result Isaac had ulcers on his eyes and Stevie was completely blind, but they were otherwise healthy and very energetic. At their first vet visit, the ginger brothers were so brave, loving all the attention and care. 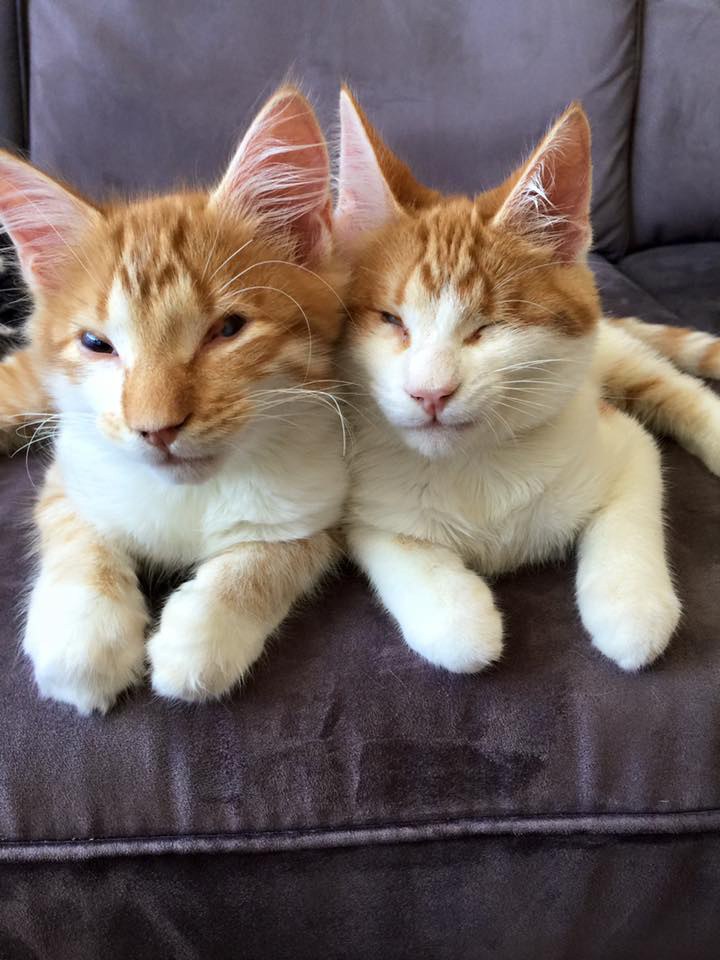 The two brothers required eye surgeries as they were at high risk of infection. Their blind eyes were removed, and Dr. Mark at SASH and Dr. Olivia at Balmain Veterinary Hospital reconstructed an eyelid for Isaac to protect his good eye.

“Less than 24 hours after their big surgeries Stevie and Isaac started playing like nothing ever happened,” the rescue said. 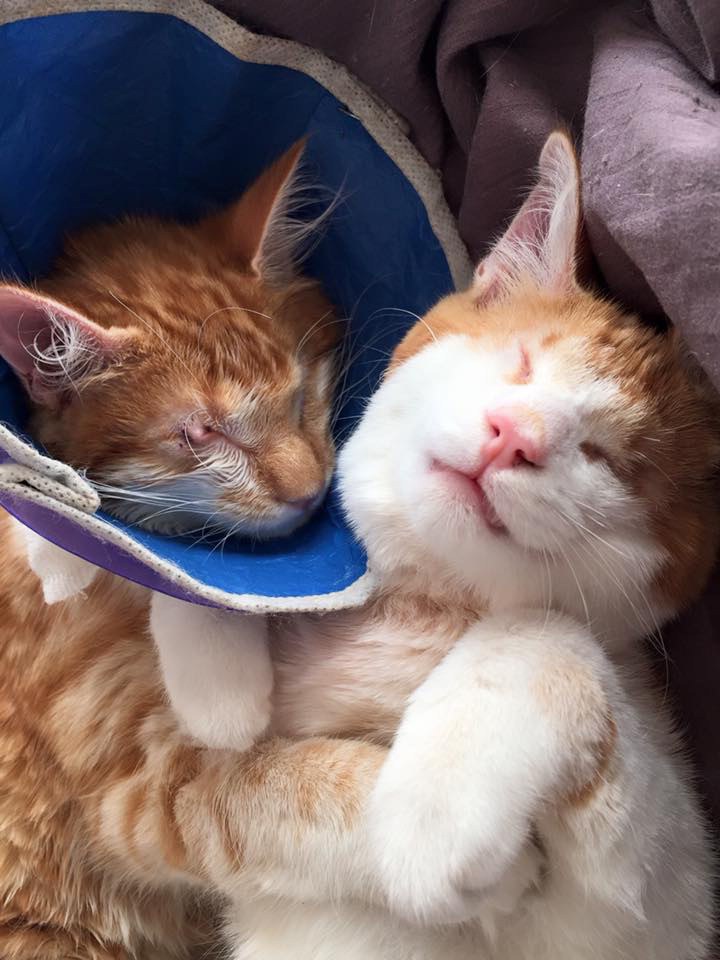 As Stevie is fully blind, he relies on his brother in an incredible way. If he gets confused or disorientated, he cries out for Isaac who comes running to offer guidance and comfort.

They are never far away from each other, and the two are like peas in a pod. 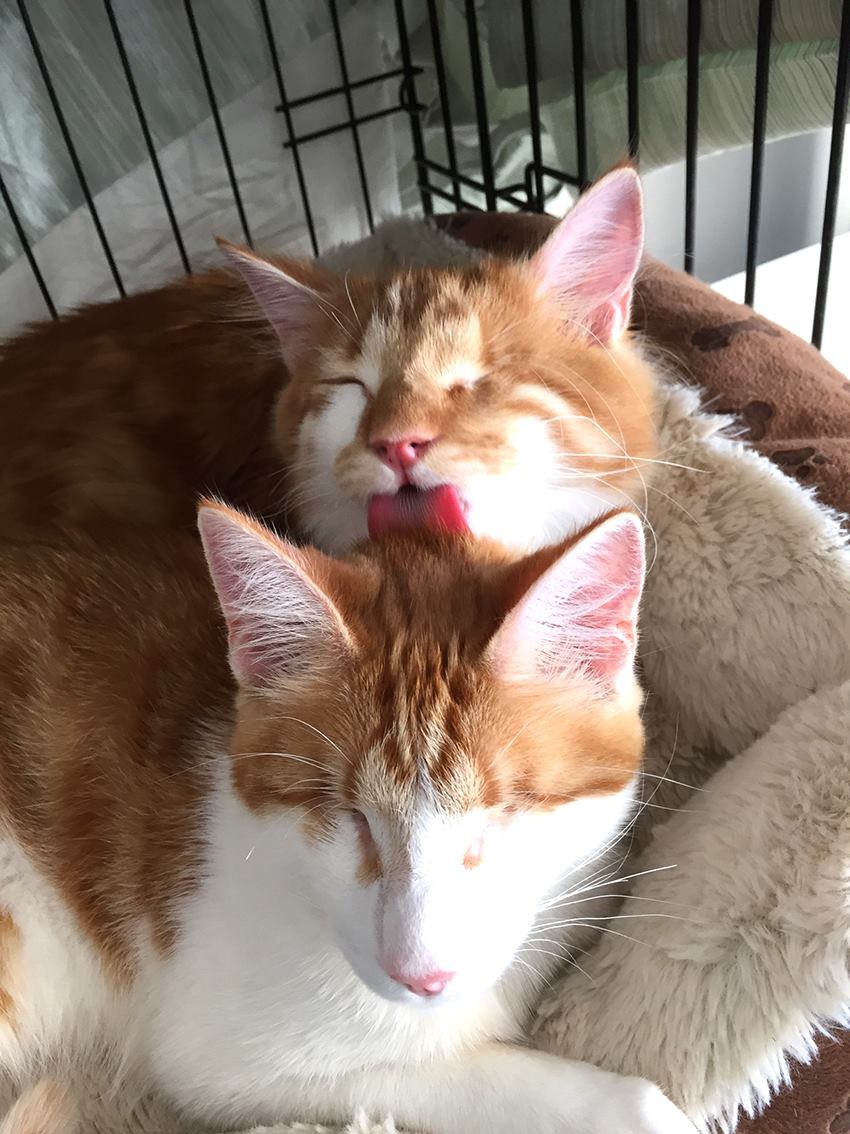 People wouldn’t believe that they are blind when they play together. Isaac has only limited eyesight in one eye, and Stevie is totally blind, but the two are able to “see” through other senses and play and chase one another just like any other cat.

A loving couple fell in love with the affectionate feline brothers and offered to adopt them. They settled into their new home in no time. “They are spoiled rotten, and their brotherly love is as strong as ever.” 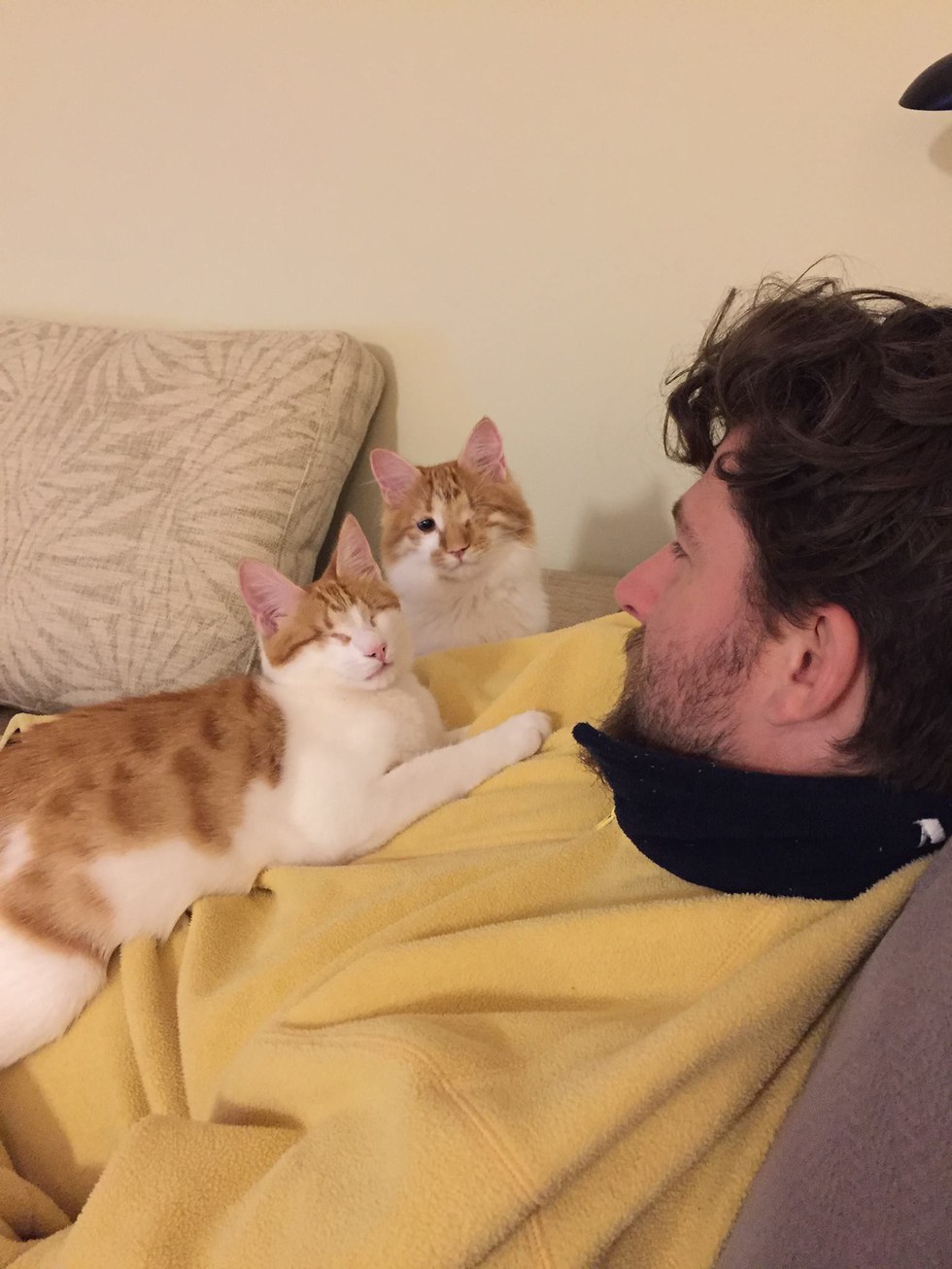 It’s been over a year since they were rescued. Stevie and Isaac (now named Buddha and Mogwai) are loving their life to the fullest.

“We love them so much,” their forever humans reported. “We feel so lucky to have found them. They are so beautiful and bring us endless love. We had wanted cats for a long time but never would have thought that we would end up with cats this perfect.” 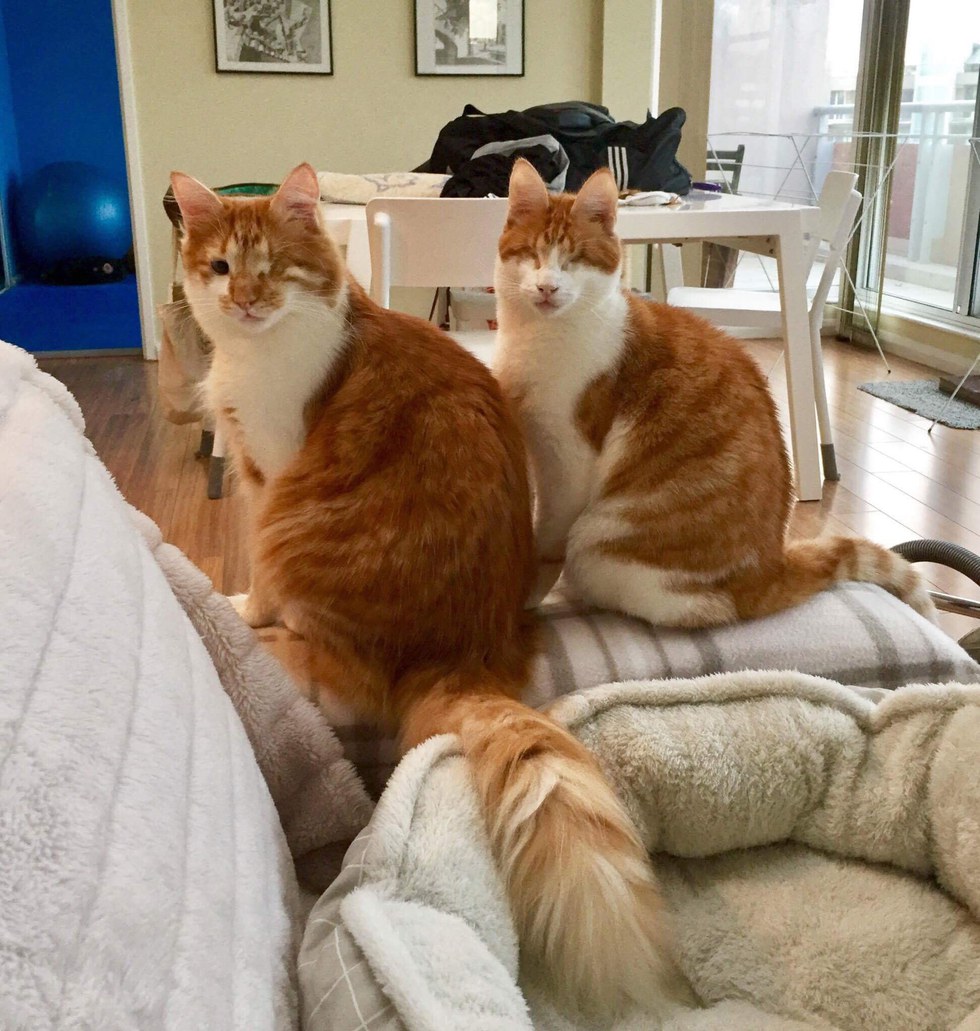 “Stevie and Isaac’s story is one of survival, resilience and brotherly love. Their disability has no negative impact on their quality of life whatsoever,” the rescue said. “We learned so much from this pair and they will always hold a special place in our hearts.”

Stevie is completely blind and Isaac only has one eye, but together they are a force to be reckoned with. 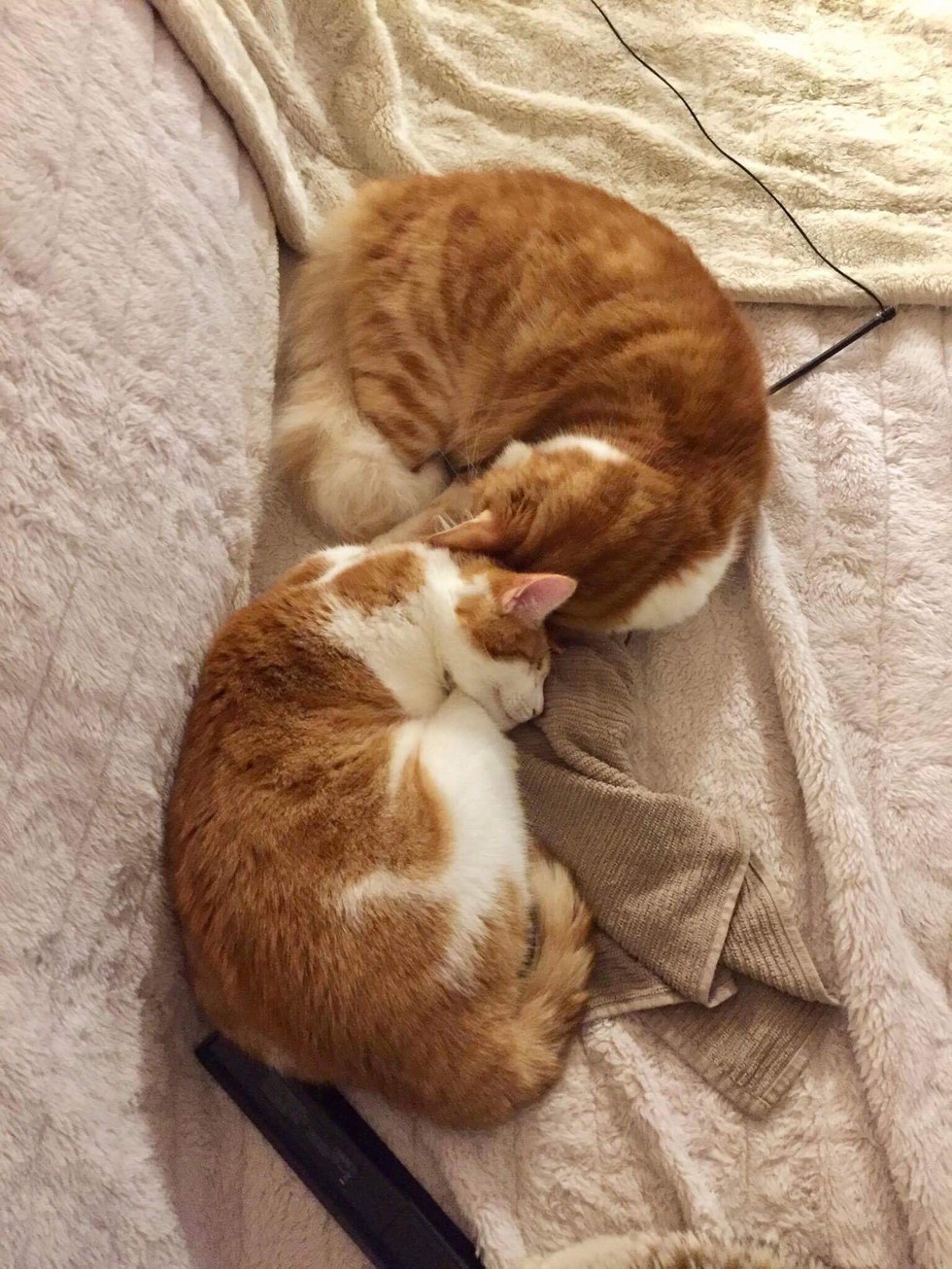 Cat Is Blind Due To Neglect, Her Life Turned Around By Love

Meet Chester, Who Loves The Sea, But Not The Idea Of Getting His Feet Wet

20+ Photos Of Uninvited Guests That Anyone Would Love To Keep