Animals and insects that resemble beautiful flowers deceive in a unique and powerful way. So, take care when bending down to sniff flowers because some could actually be an animal or insect. 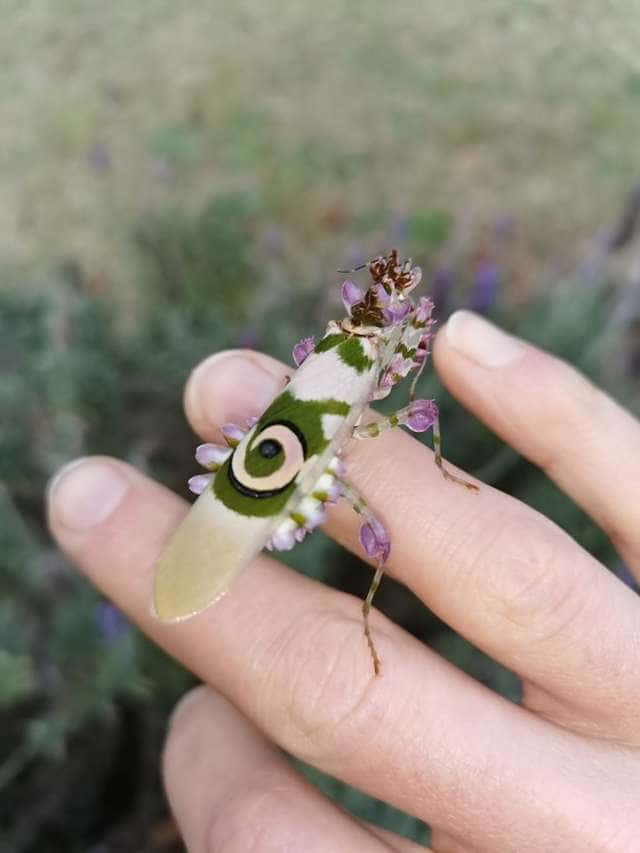 Margaret Neville, a farm owner in South Africa, was strolling through her garden when she noticed something flower-like moved on a lavender bush. She approached and discovered it was a fascinating insect that was like nothing she had ever seen before.

The delicate-looking creature is called a spiny flower mantis, or Pseudocreobotra wahlbergii. It is a species of praying mantis that is found in sub-Saharan Africa. This species perfectly suited to camouflaging themselves in floral settings.

The incredible bug almost looked like a work of art. Her wings of white and green were accentuated with a swirl that looks like an eye, while the rest of her body was adorned with tiny, purple flower-like structures.

She quickly shared the photo with her friend, Kerri Martinaglia. And of course, Martinaglia was equally impressed.

“When I saw her, I thought she was an exquisite work of art,” Martinaglia told The Dodo. 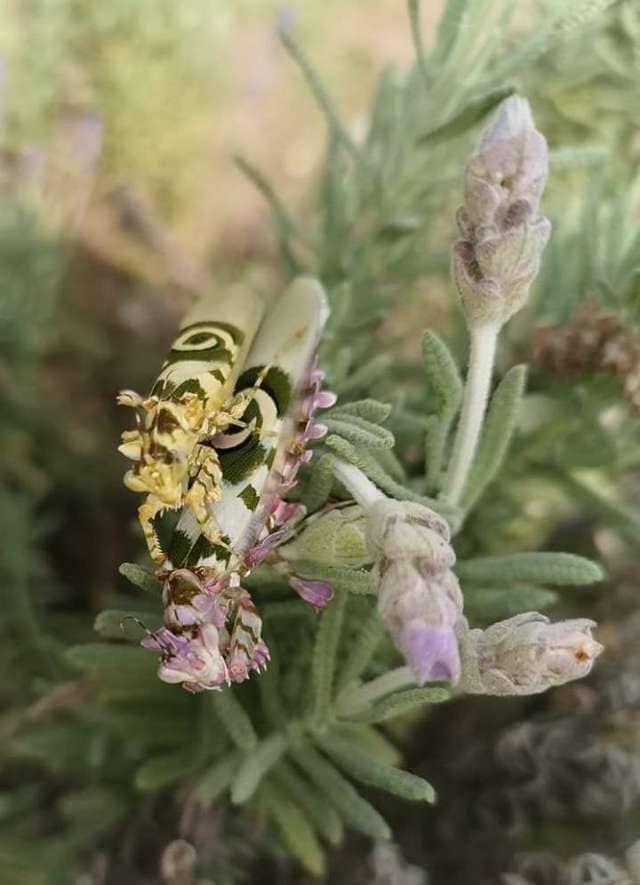 Martinaglia shared photos on social media, and the special mantis has earned plenty of admirers from people around the world. They were stunned to learn such an animal is real.

Miss Frilly Pants the Flower Mantis of Nkutu Valley, KwaZulu Natal, South Africa makes her first short film. Here you can see she is a natural born beauty with not a smudge of photoshop needed for her debut roll.

Before placing her back in the lavender bush, Neville gave her a name: Miss Frilly Pants. “She has spent the entire month of September living on my lavender,” Neville said. “She is still there now.”

20 Photos That Show Our Furry Friends Can Be Good Actors

20 Photos Of Animals That Sleep Adorably And Peacefully

20 Animals Who Do Things In Their Own Weird Way