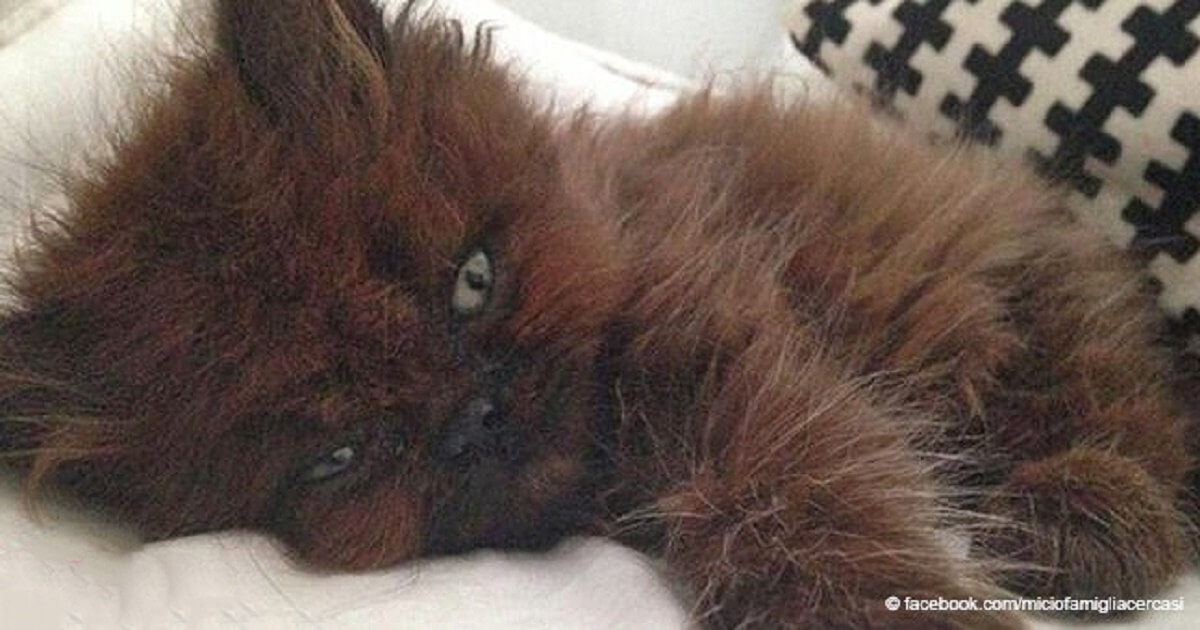 They said this kitty would not be able to survive, but a woman saw the fight in him, rescued him from certain death and gave him a second chance he so deserves. Meet Justina Strumilaite and her little cat Brownie who was adopted from a local rescue. When she went to visit the cat, the shelter owner warned her that his treatment would be very expensive because he was very sick, and discouraged her to adopt him, saying it was not worth it. He was in a very poor situation as he was born handicapped – with only two toes on his right paw. He was the smallest out of the kittens at the shelter. He is so weak that he had even stopped eating. However, Justina refused to give up on Brownie. She fed him with quality food, and gave him all the love and care he needed while believing in his inner strength. A year later, no one believed that this kitty would survive, but Justina knew he just needed a second chance, and now he’s thriving with love. He’s blossomed into a fluffy cat! He started to gain weight and begun to get fluffier and bigger – until his reached adulthood. With lots of love and care given by Justina, Brownie has certainly turned out to be a fine cat! Brownie’s biggest change was perhaps, its change in personality and outlook on life. He has transformed into a happy and active cat.