On Sunday, wildlife authorities in West Bengal raided a market in central Kolkata where protected animals are sold illegally and rescued around 550 protected Indian birds including parakeets, Asian koels and hill mynas. 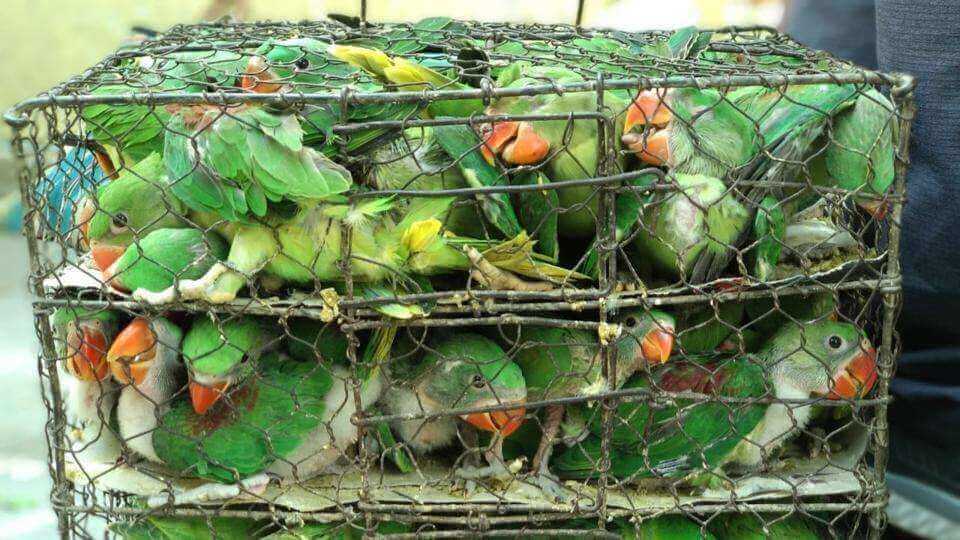 These birds were captured and locked inside tiny metal cages. Instead of developing in the wild, they are being sold at the market as pets. Sadly, some newborn chicks were also found in the cramped cages and they did not survive the conditions.

Thanks to the Wildlife Crime Control Bureau, nearly all of the birds have been taken veterinarians to receive necessary treatment and over 500 tiny lives have just been saved.

In recent years, West Bengal has emerged as a major market for wildlife smugglers. But luckily, authorities have already arrested nine bird traders, aged between 18 and 32 years and they will be produced in court shortly.

We believe that birds or wild animals should not be reared in any type of cage as it can cause unnecessary distress and suffering. We are calling for a change to protect animals from cruelty and abolish these horrific cages. And after everything they’ve been through, these poor birds will keep their freedom.

Firefighter Abseils Down Craggy Cliff To Save Puppy’s Life

People Open Shoebox And Discover A Tiny Kitten Abandoned Inside

Rare Dog Goes Viral After Being Mistaken For A Statue

Cat Has Loved His Horse And Their Friendship Are Inseparable

30 Times Pets Find Out They Are Heading To The Vet, And They Are Incredibly Hilarious

20 Pet Photos That Show Family Is The Best Thing Ever