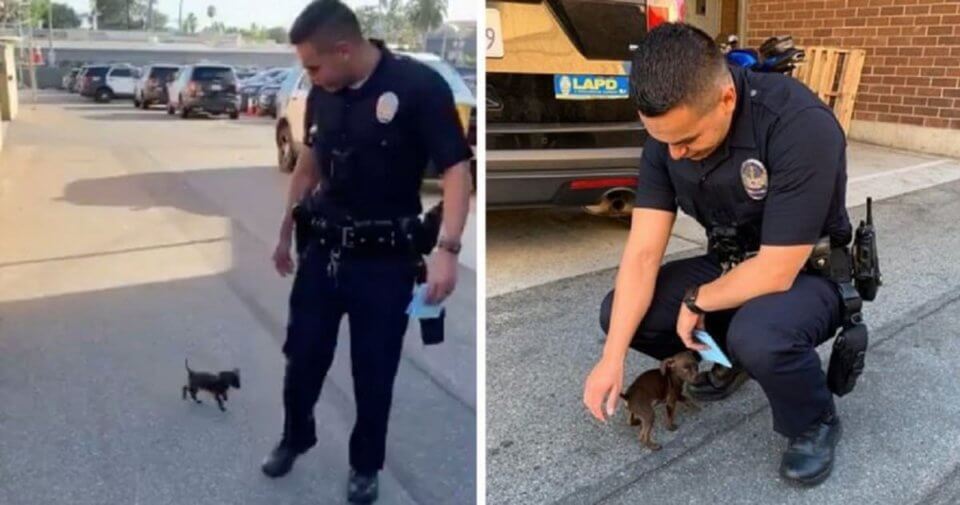 A tiny dumped puppy was happy after being saved from the streets by police officers. 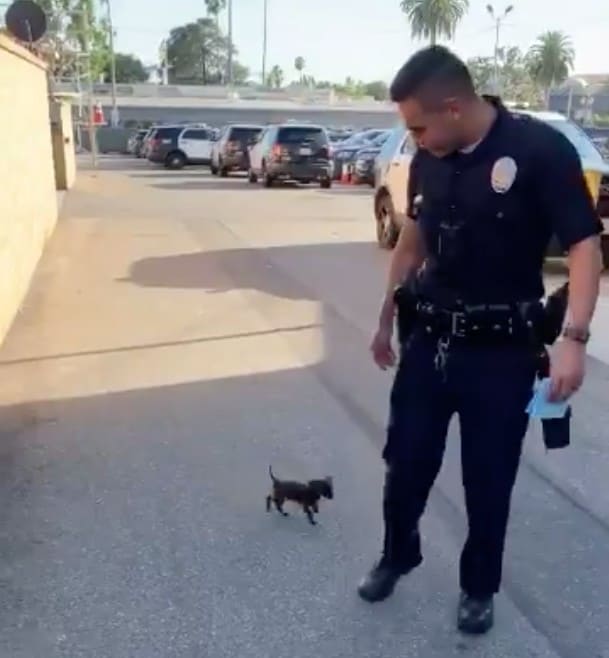 Mercado and Tavera, the two devoted police officers of LAPD’s Hollywood Division, were patrolling the streets of Los Angeles when they unexpectedly crossed paths with a tiny puppy on Hobart boulevard. The pup had been abandoned on the streets, was alone and with no one to take care of him. 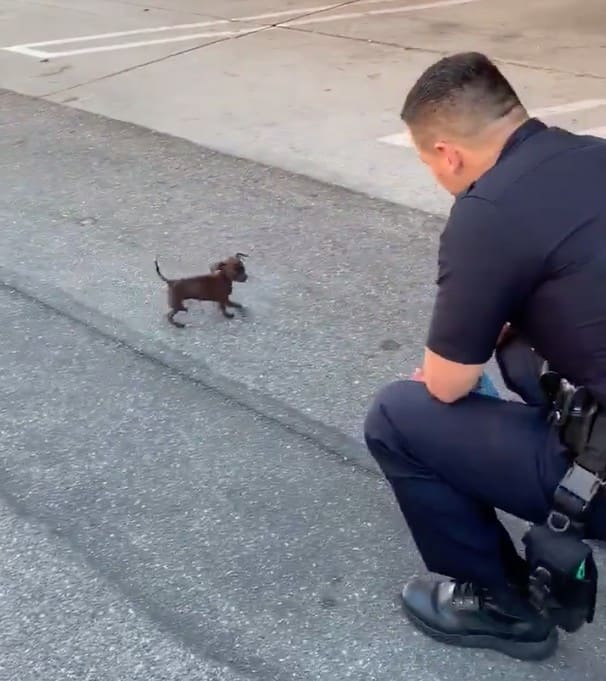 When the little critter spotted two policemen, he sensed that they could help him. He quickly chased them down the street to ask them for help. He trotted after them and whimpered adorably to get their attention. At that moment, the two policemen knew that they couldn’t resist the poor little sweetheart. 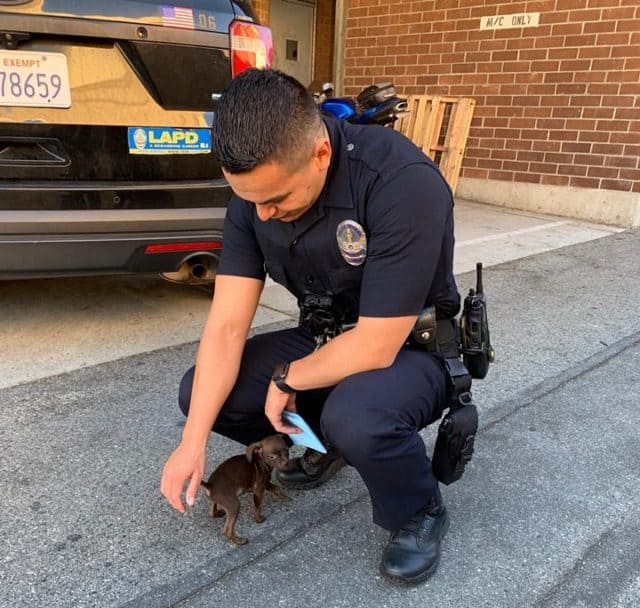 They instantly picked the pup up and took him to their police car. In the car ride over, he could not stop cuddling and staring with adoration at the officers. His tiny heart was filled to the brim with love for his rescuers. 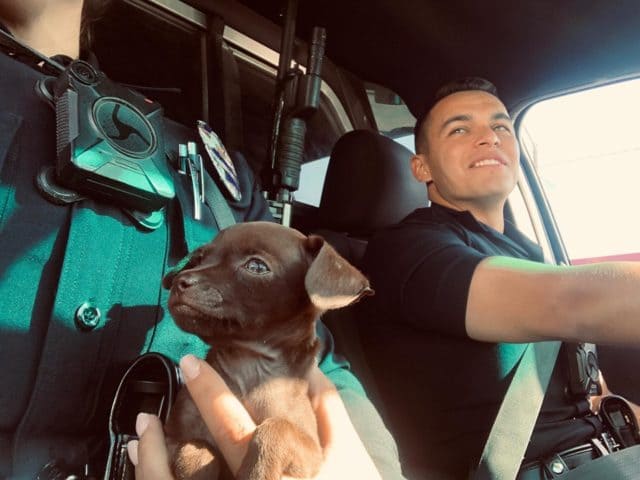 The puppy was brought to the police station where he was loved and cared by kindhearted officers. They decided to name him Hobart, after the place they originally found him. 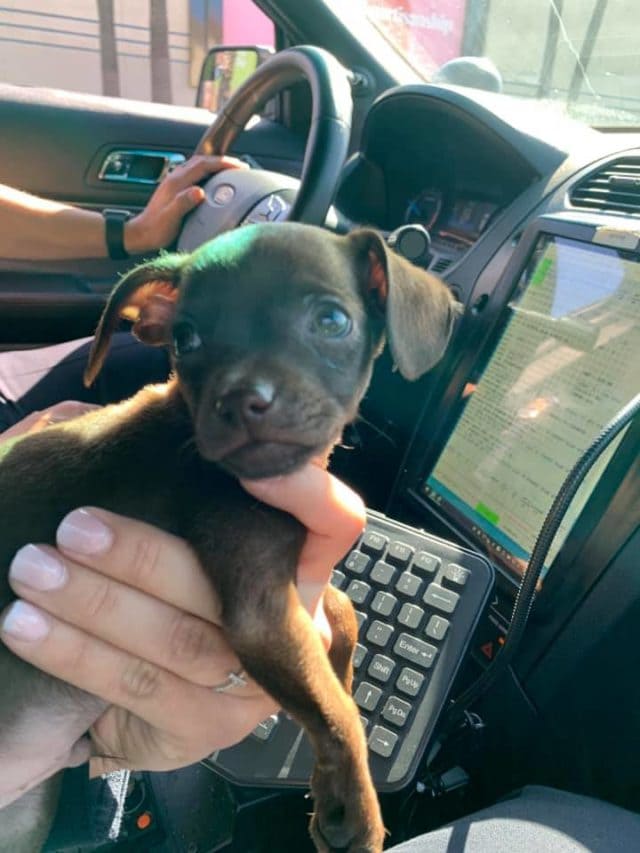 Hobart was clearly desperate for someone to love and protect him, so everyone decided to hand him over to a shelter to find him a new home. But at the end of the day, Mercado decided to adopt him. He wanted to make him the happiest little puppy in the world. 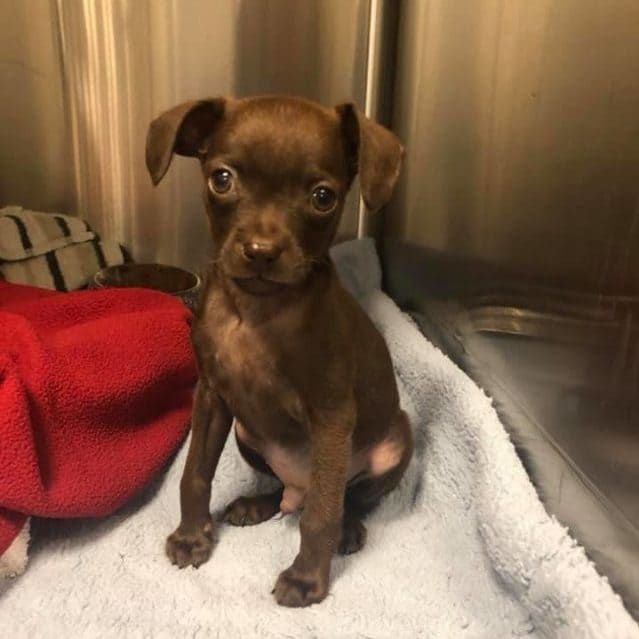 We are happy to know that Hobart is now living happily with his beloved owner. After everything happened, he  has a happy home and a loving dad that he deserves. 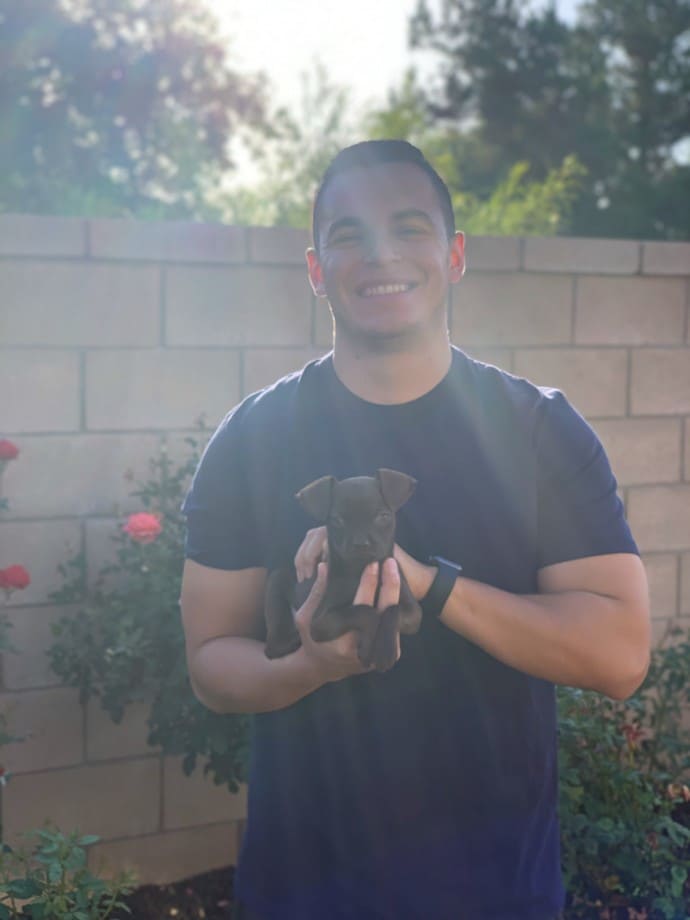 Hobart’s and Mercado’s sweet story has touched many hearts from all over the world. If you love this touching story, please share it with your friends and family members!

Husky Dog Loves Being A Surrogate Mom To Homeless Kittens