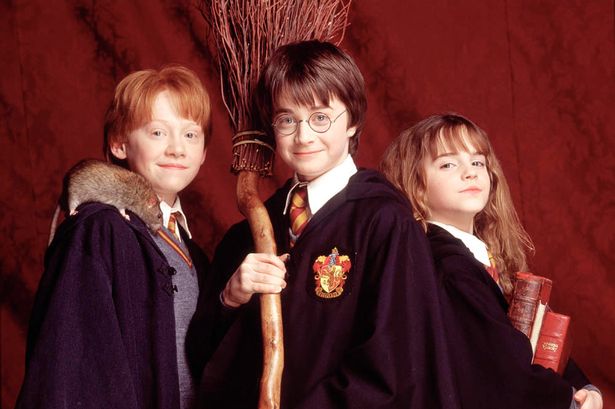 Meet Anna Brisbin, a voice actress and a YouTuber from Los Angeles who is a huge Harry Potter fan. She really loves Harry Potter and are not afraid to express this passion to a whole new level. Rather than train her dog Remus to respond by traditional terms, Brisbin decided to take “Harry Potter” spells to train him. On Monday, Anna shared an adorable video of her talented dog and it’s quickly gone viral. The video of Remus has nearly two million views on Twitter in less than 24 hours and is garnering tons of reactions from other Harry Potter-loving Twitter users. In the video, you can see Remus is wearing his own little dog Hogwarts uniform, complete with a sweater and Gryffindor tie. When Anna says ‘Stupefy’ and points her wand at him, Remus lays down. Now, instead of issuing commands to her pup by English, she uses “Harry Potter” spells to demand Remus to respond. Watch amazing dog Remus in the video below!

He’s probably the cutest Hogwarts student ever. What a good boy! Ten points to Gryffindor. Dog Whose Owner ‘Forgot’ To Feed Him Day After Day, Until He Could Barely Stand

20+ Photos That Pamper Your Soul In The World Of Chaos