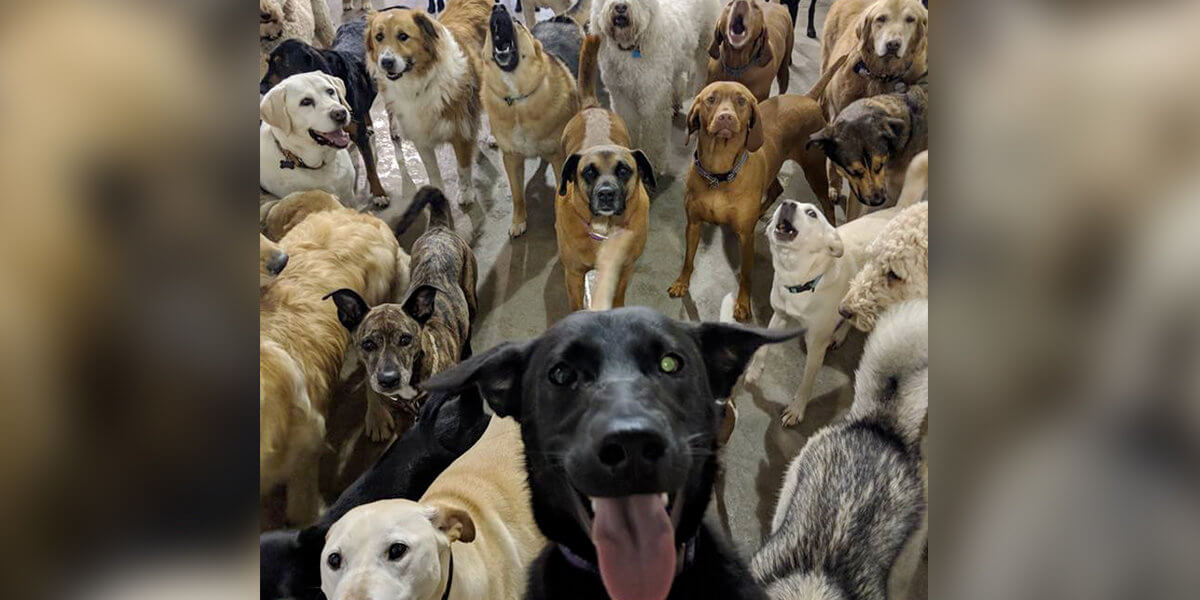 The stars have the world’s most perfect selfie. These stars are not famous someone, they are dogs at Go Fetch Dog Daycare and Boarding in Ohio – a group happy pups
In fact, these photos was actually snapped by an employee at center named Tara
She said that “All the dogs in that picture know each other really well. They’re all friends. They come to daycare every day together. They gathered around the gate and I said, ‘Hey guys! Look at me!’ And I took the picture.”
The photo is quickly going viral and has taken the internet by storm. It’s become the main subject of a Photoshop battle . After all, the pups in the photo are still happy dogs.

The positive vibes captured in it, however, are very much the real deal 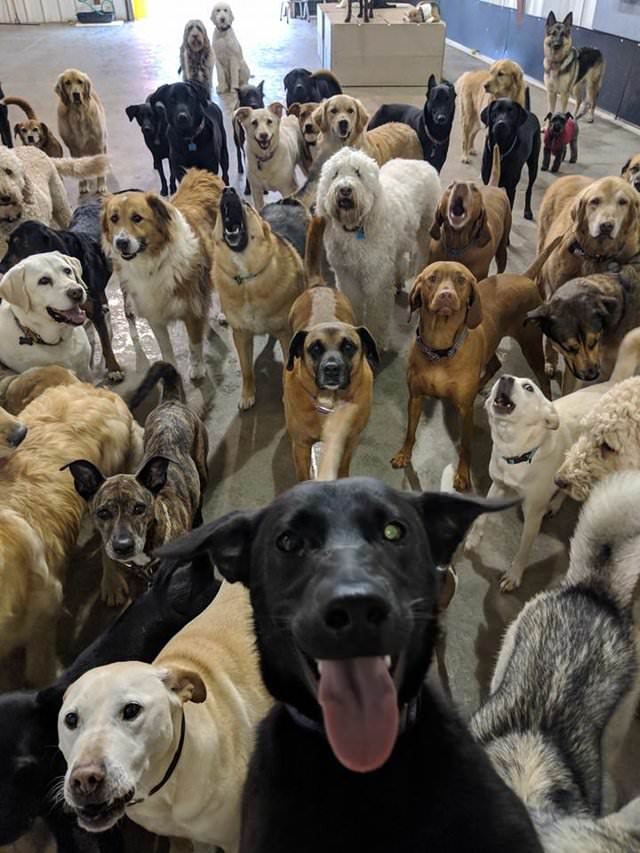 Here’s another shot of the cheerful canine squad. 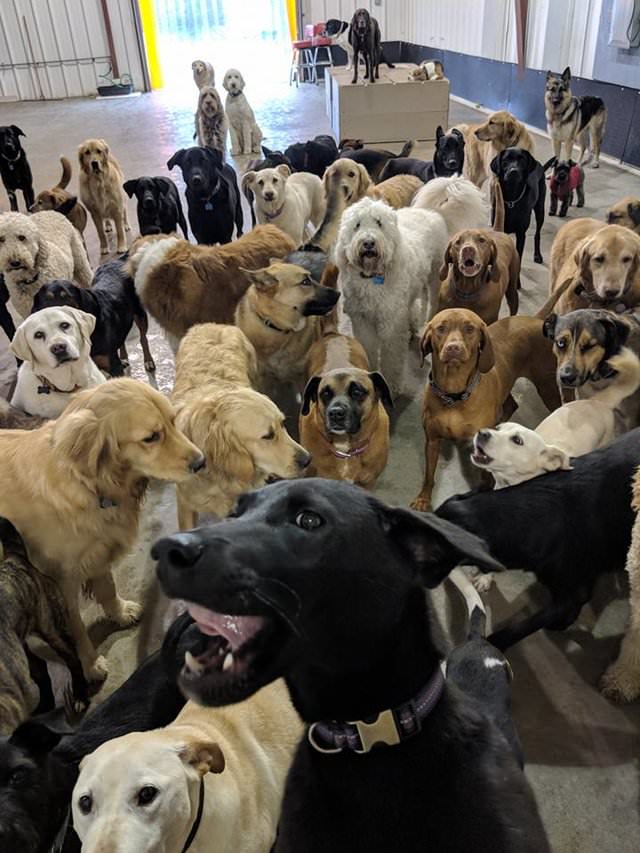 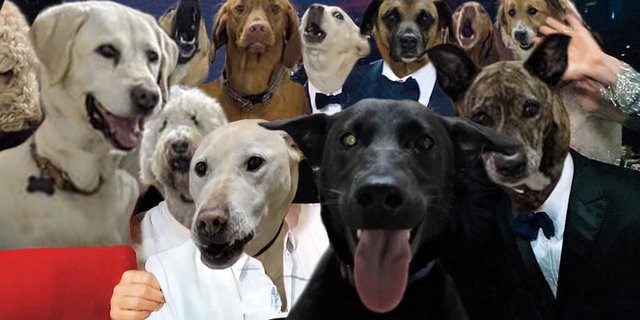 Here, the dog crew is imagined as a gang of furry pirates. 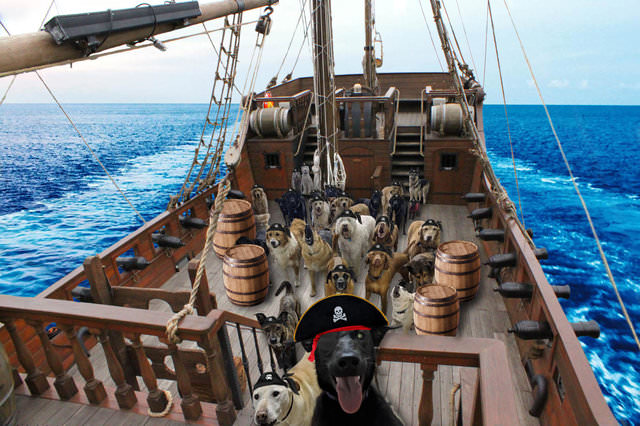 Try as they might, it would still be impossible to top the original 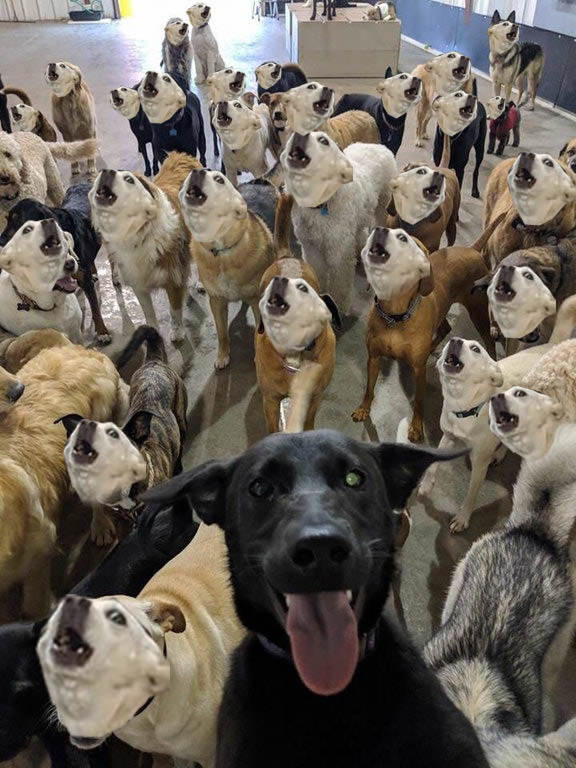