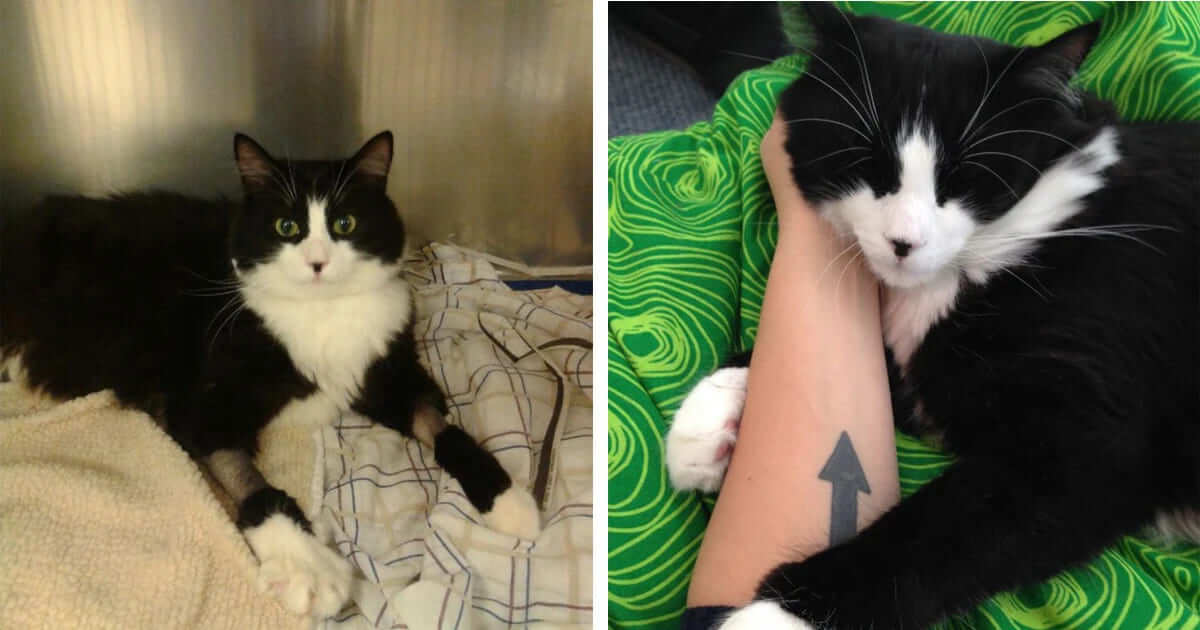 Meet James Bean, a gorgeous black and white tuxedo cat with huge green eyes, who just wants to be loved and cared by his owner. Although he is an extremely happy and loved cat now, sadly, that is not how his life started. He was adopted and given back to the shelter four times by the people who took him in. They didn’t want him anymore because his affection was considered ‘too much’ and ‘too demanding’. We don’t understand the reason why these people could commit to owning an animal and then return it because their love was too much for them. Thankfully, after long days of waiting and looking for a perfect home, James Bean was adopted and found a new forever home. At first, he didn’t like his house because he was frightened from all the times he’d been abandoned by previous owners. But thankfully, everything was going well. His now father fell in love with him immediately and decided to take him home. He thought that after being returned to the shelter many times, Bean can suffer from extreme separation anxiety. For this reason, he and his family are working with a behaviorist to help Bean overcome this issue. It didn’t take long for James Bean to trust and love his new human father. He has been in his forever home for two years and he is spoiled beyond belief. His parents are so glad he came into their life and brought joy to them. We are happy he’s finally able to get a home, where he’s thrived and his love is accepted and returned fully. After all, the poor cat James Bean gets the love and attention that he deserves. If you love this story, please share it with your friends and family members to raise their awareness about animal adoption. What do you think about this post? Feel free to let us know your thoughts in comments below!