Henry the dog was adopted by avid hikers Cynthia Bennett and her boyfriend adopted back in 2014. At first Bennett was gonna go with a golden retriever mix, but then she came across Henry at an adoption event. He was only 14 weeks old, but what’s really eye-catching was he was five times bigger than the other puppies of the same age. When Bennett came into Henry’s den, she fell in love immediately as the dog started to do some cute tricks. It’s very hard to resist puppies, after all.

“I think we only had him for three days when we took him on our first hike,” Bennett said. “He found the steepest, tallest rock around, and he ran up to the top of it to look over the edge.” That’s why they started calling him their “little mountain goat.”

A few months ago the couple decided to have another pet in their family. Being a kindhearted soul, Bennett wanted a rescue kitten, and after five months of searching they finally found a Siamese kitten mix named Baloo. Baloo settled into his new home quickly, and don’t worry, the kitty and the dog got along just fine.

Some time later, the family let Baloo join their trip, and things turned out to be better than expected. “I get a lot of questions about how we got him used to it. But he really loves it. He really wants to go outside,” Bennett said. “If I touch Henry’s leash, [Baloo] will start screaming at the door.” 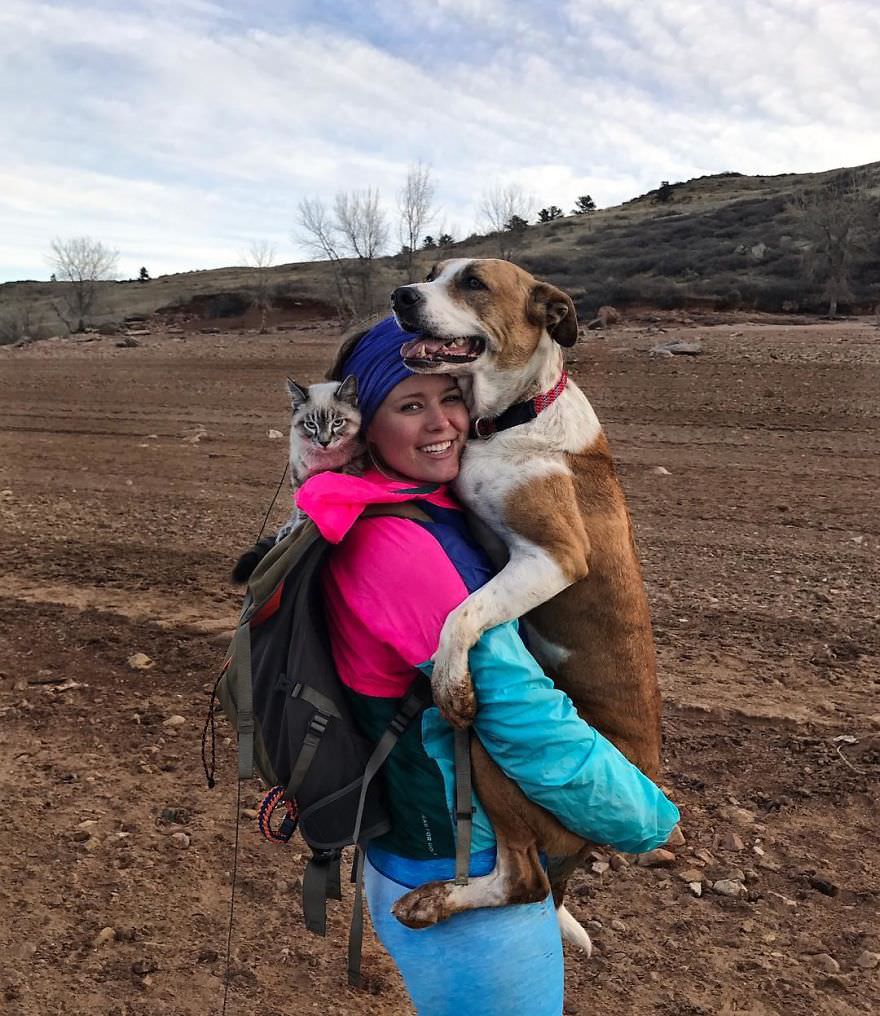 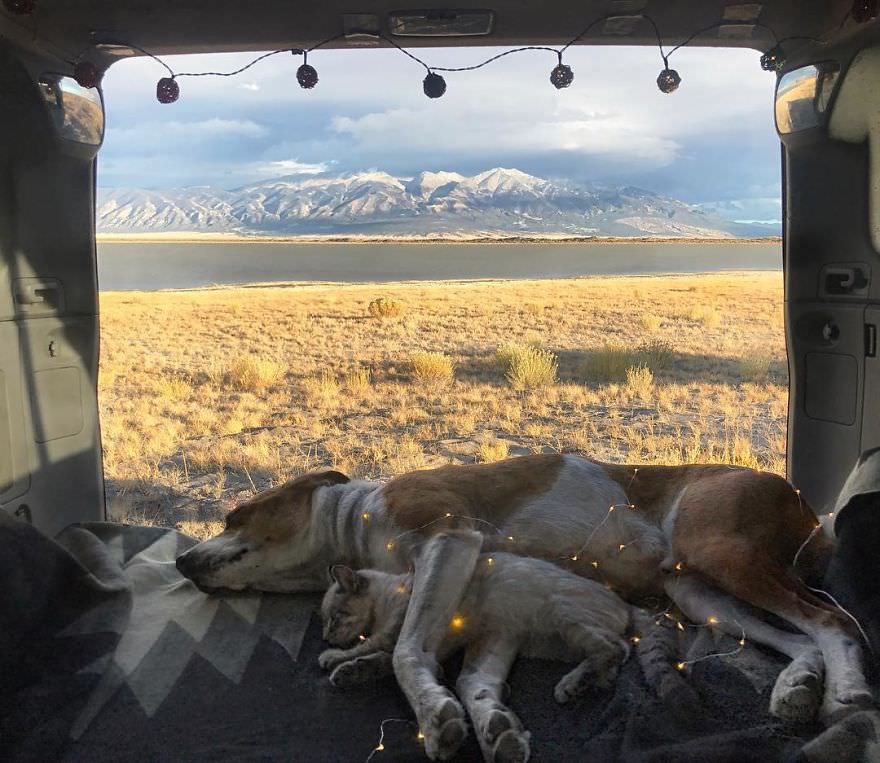 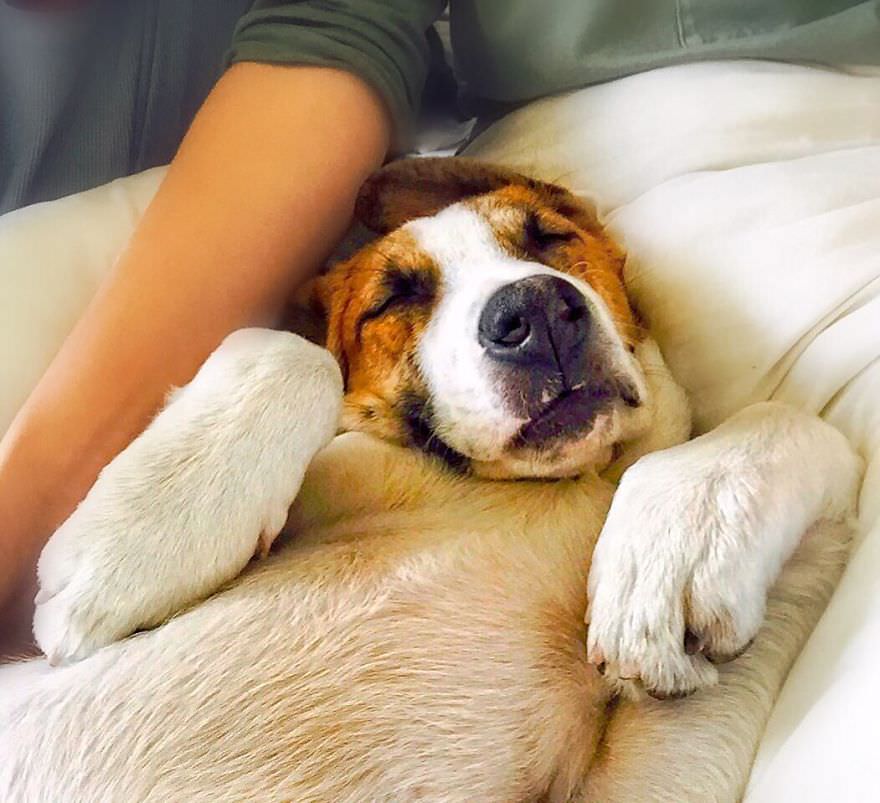 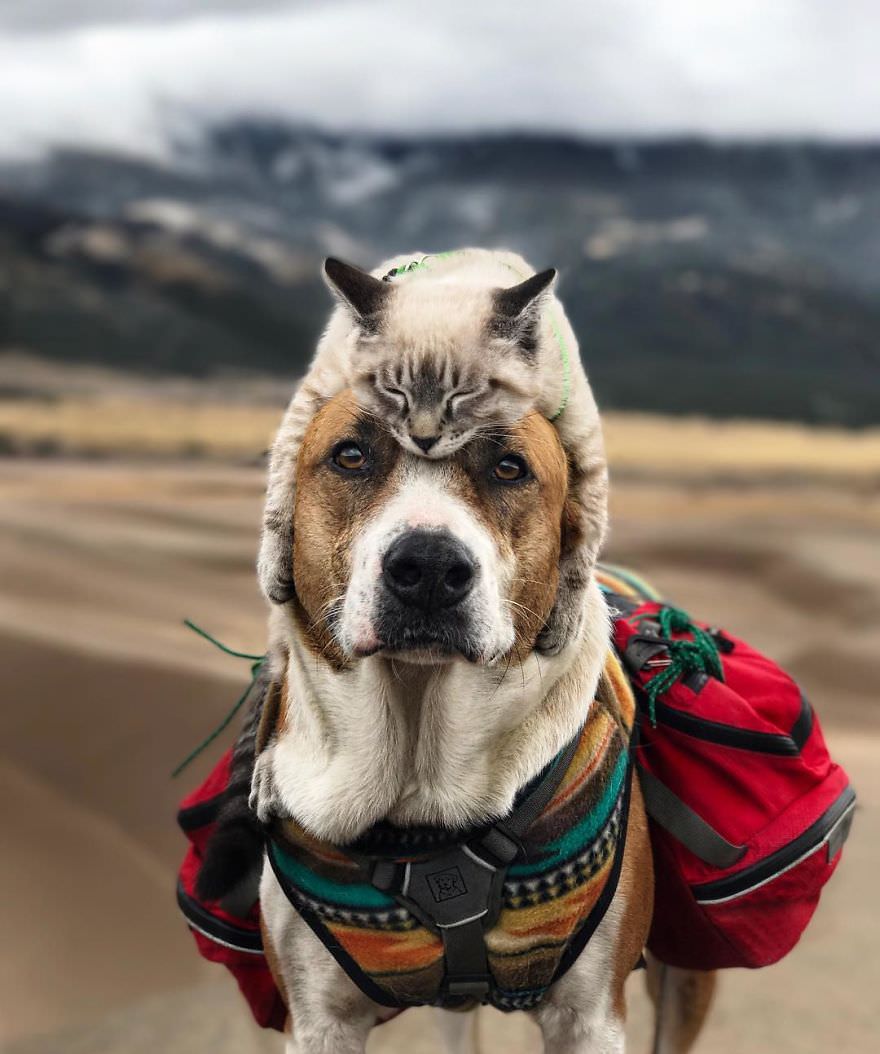 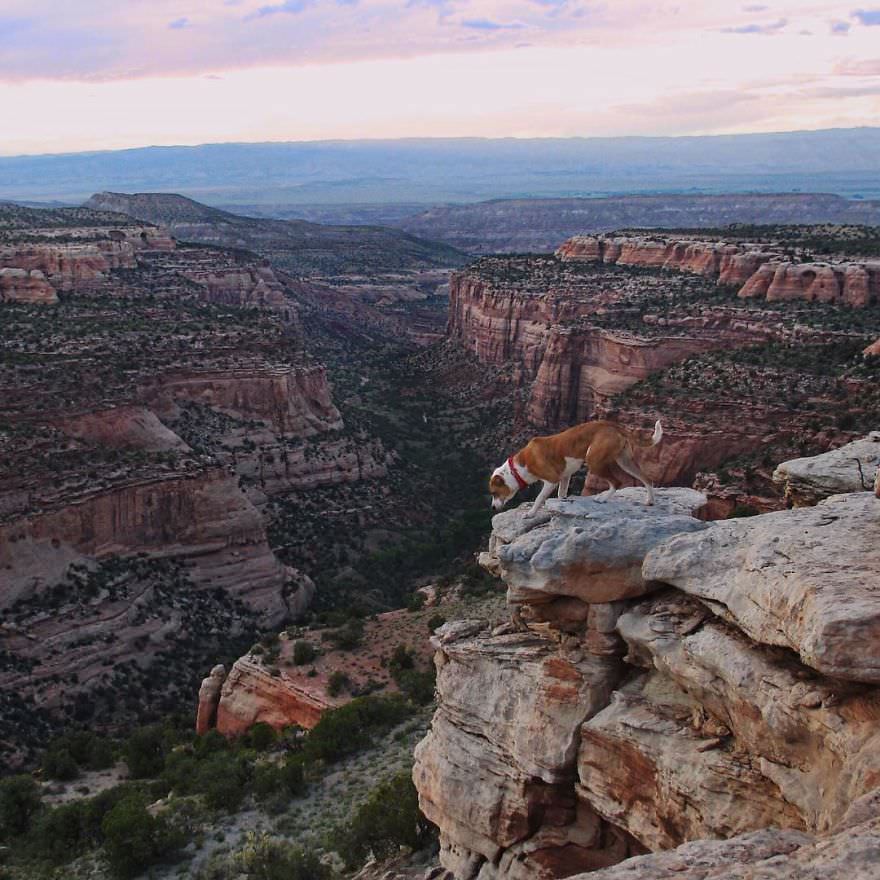 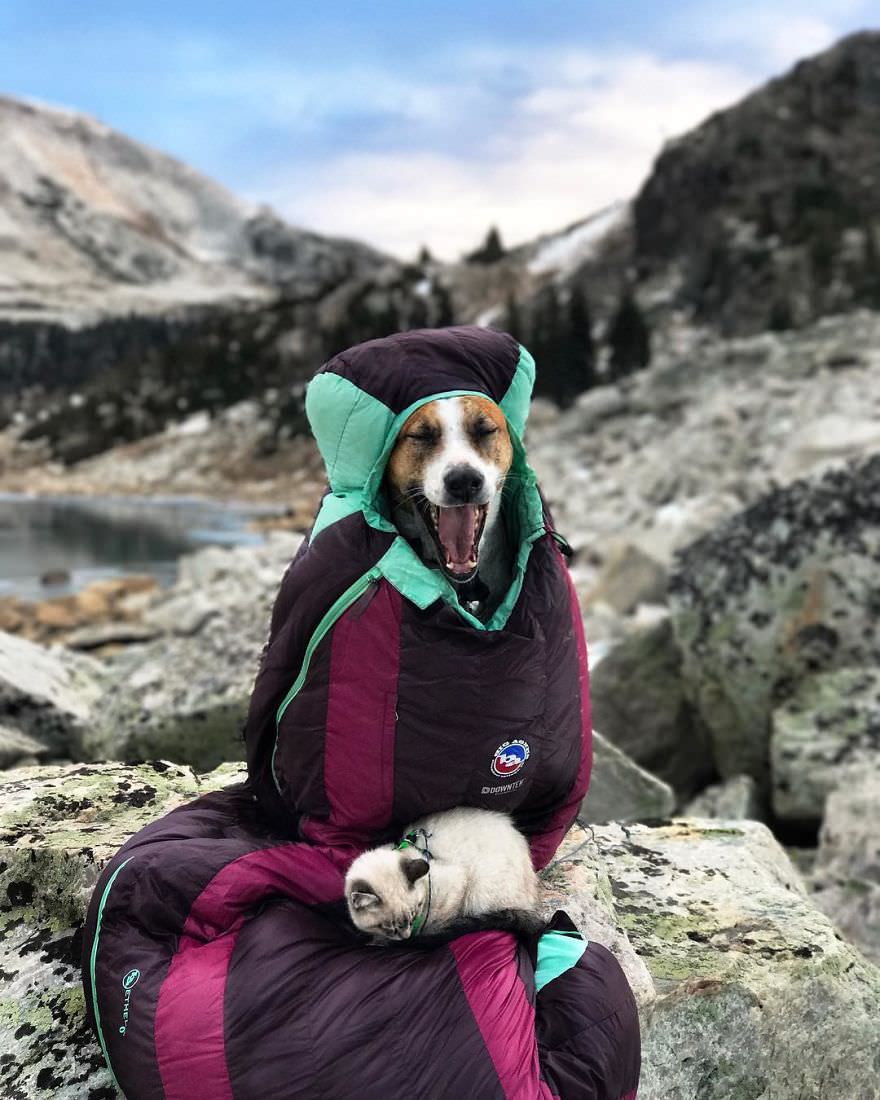 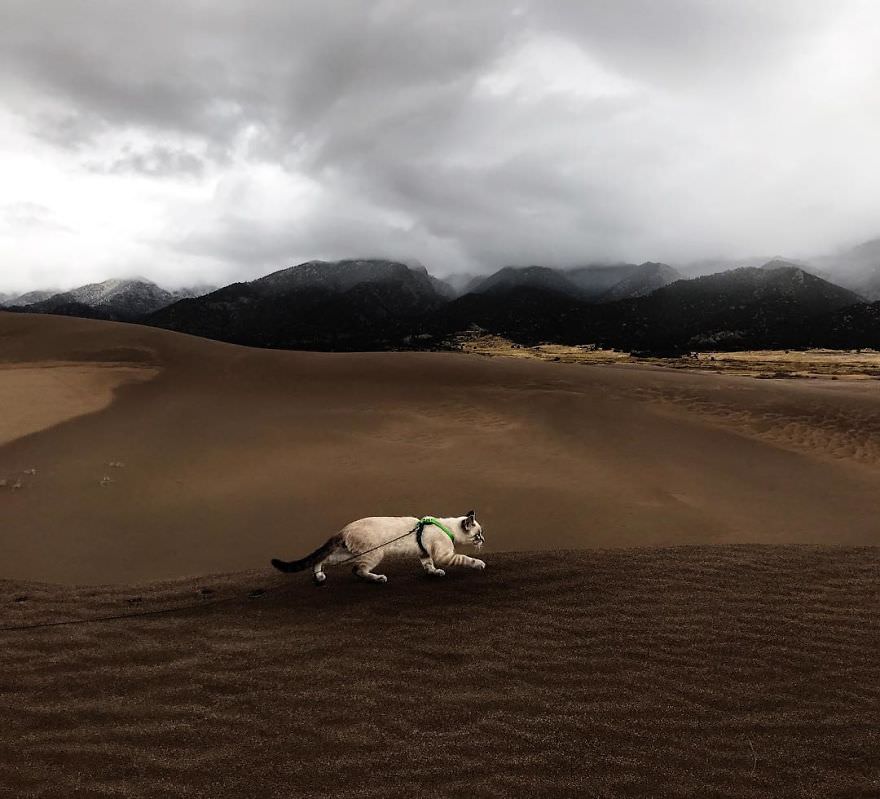 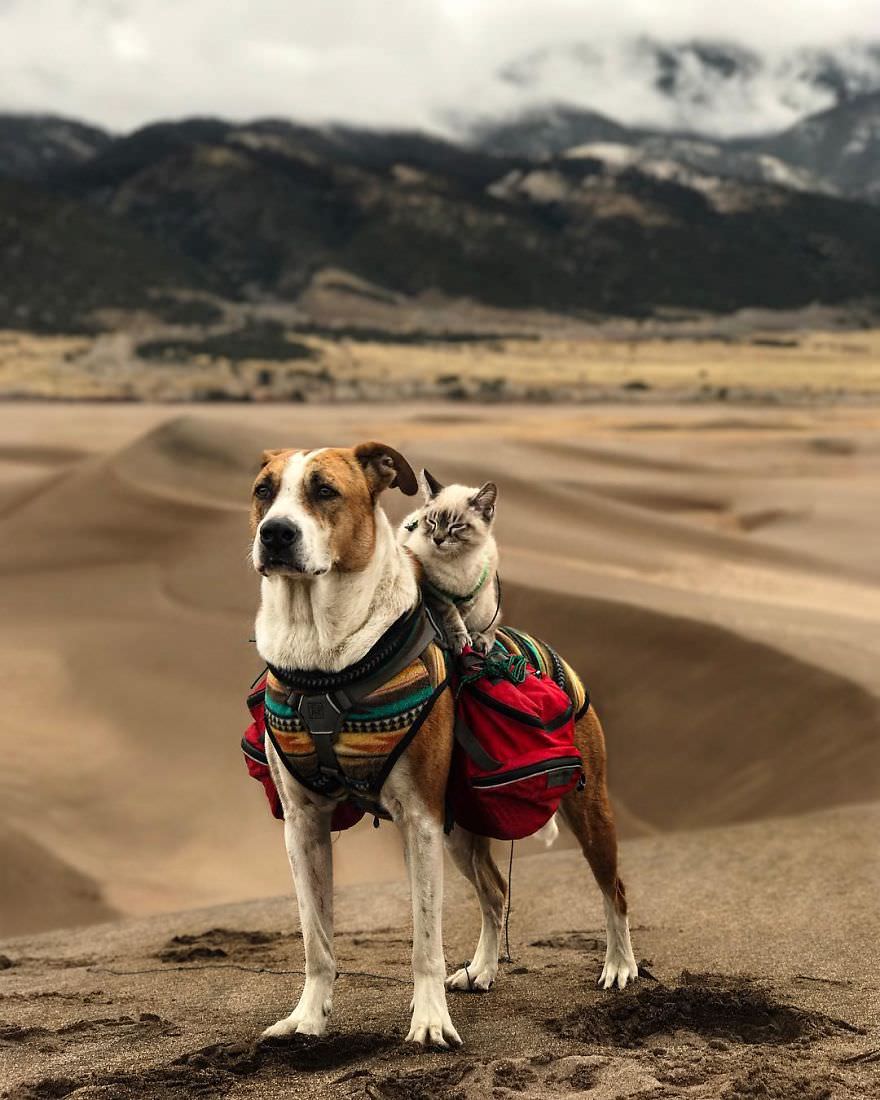 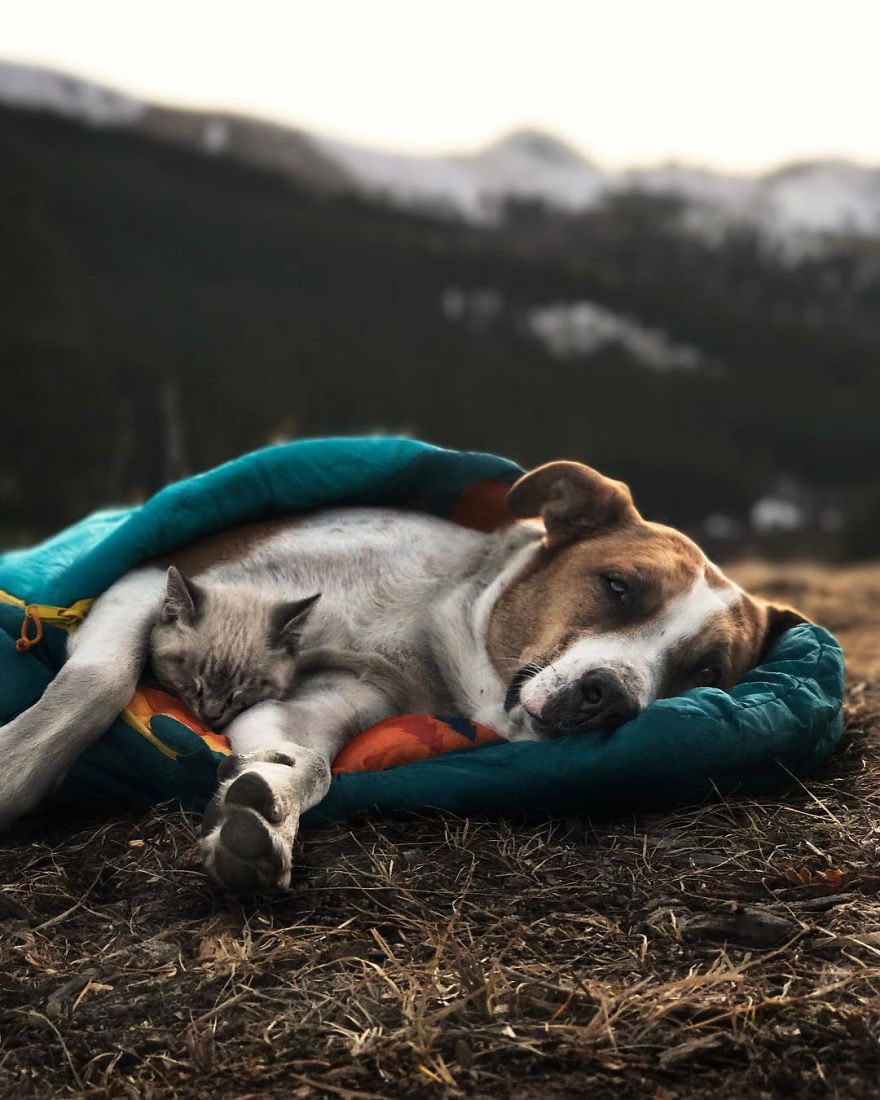 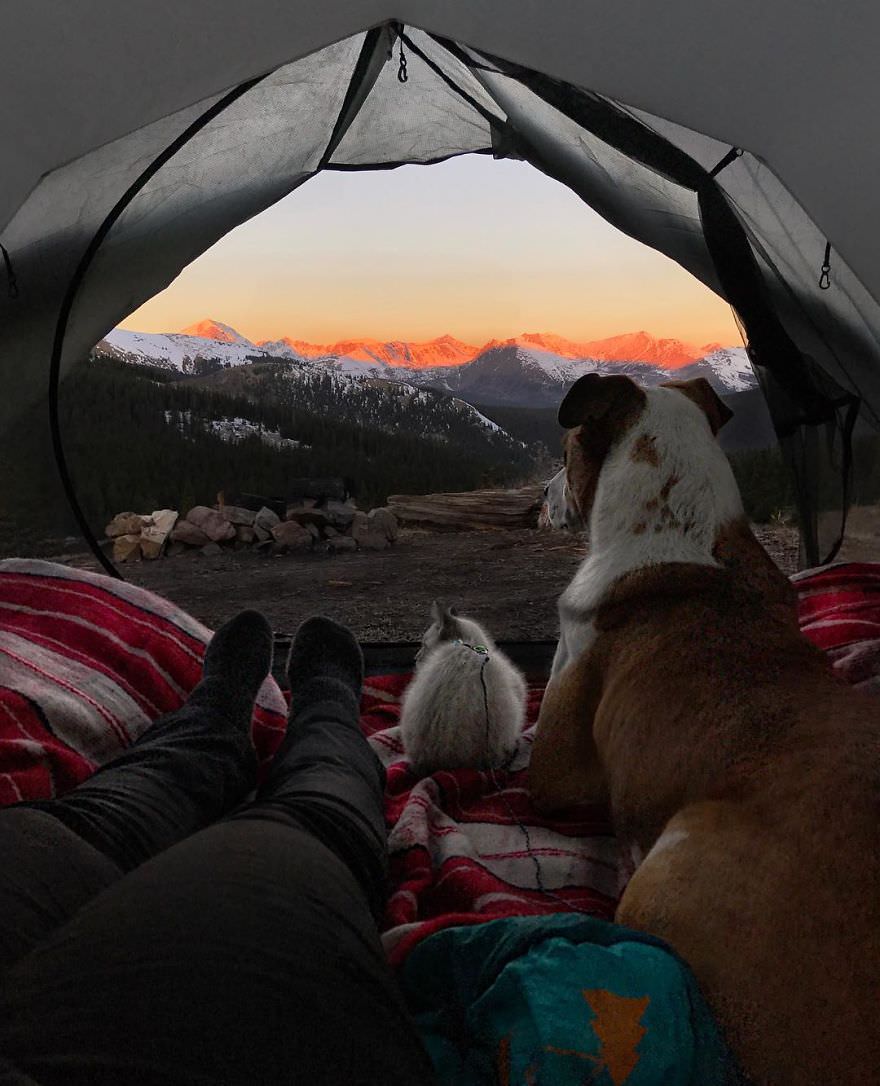 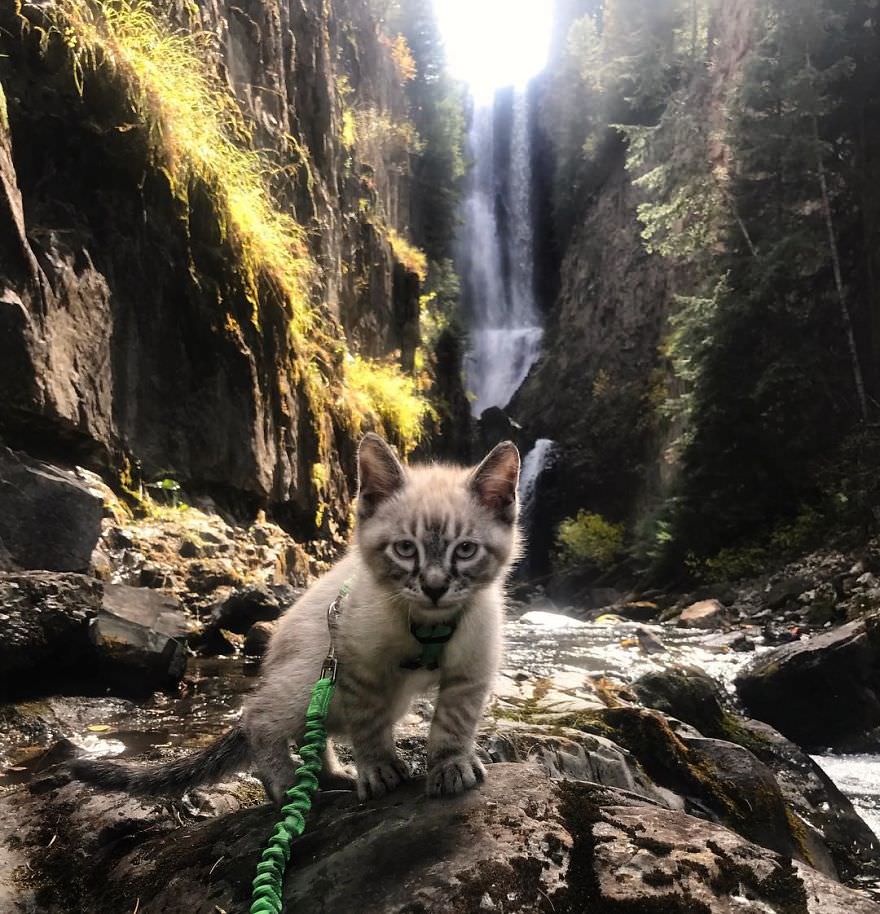 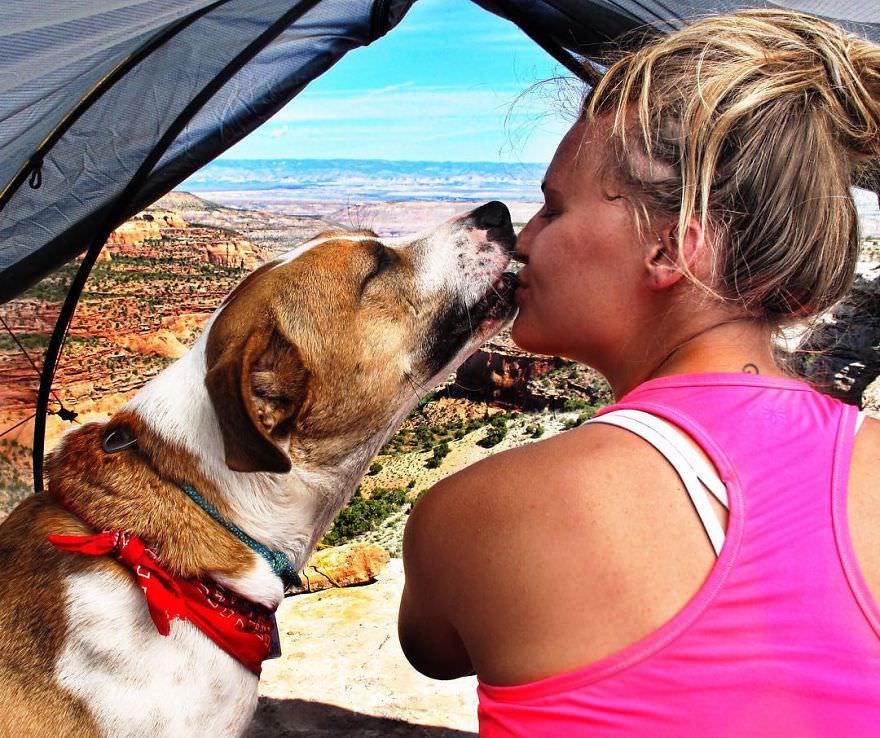 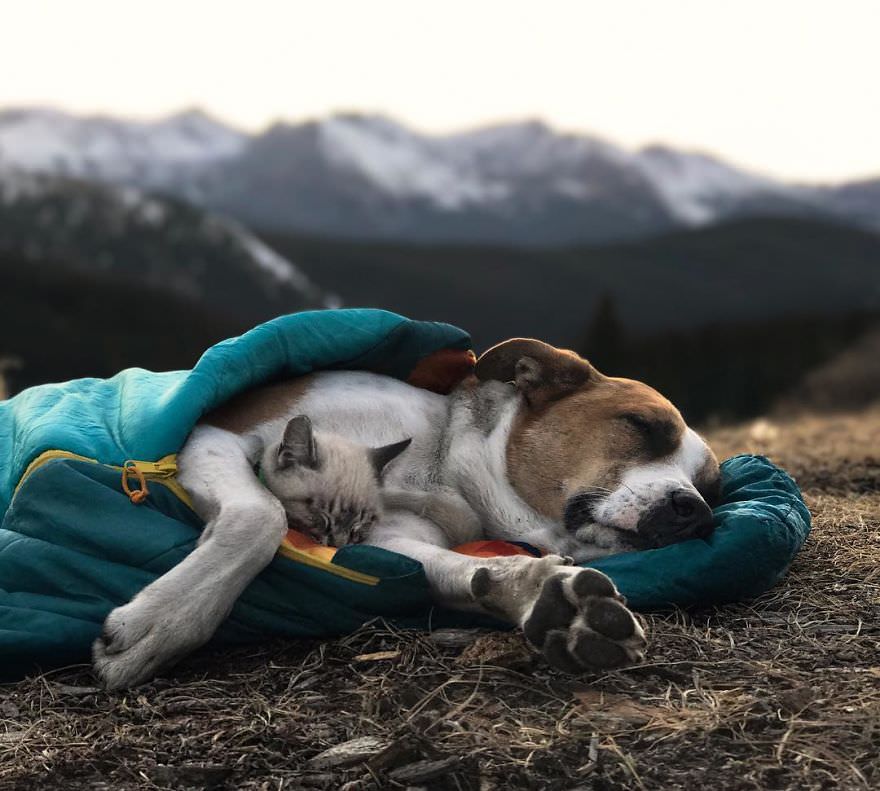 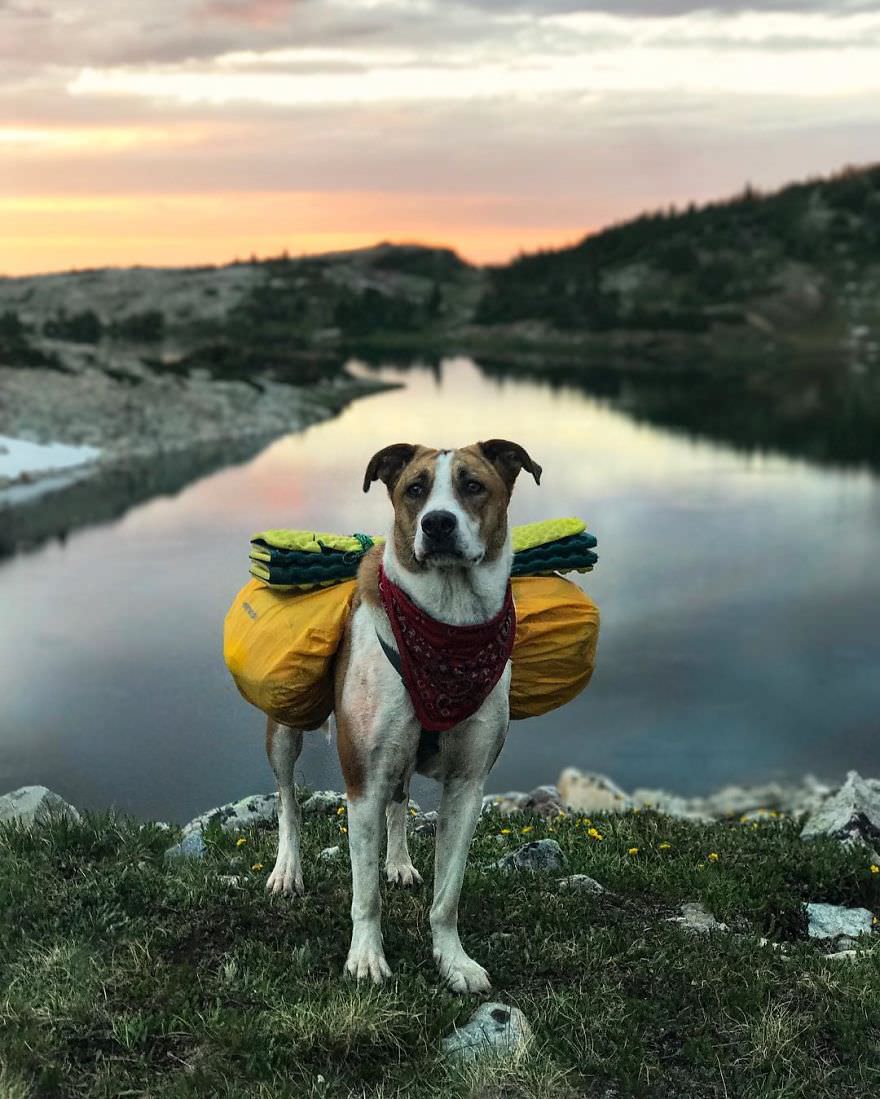 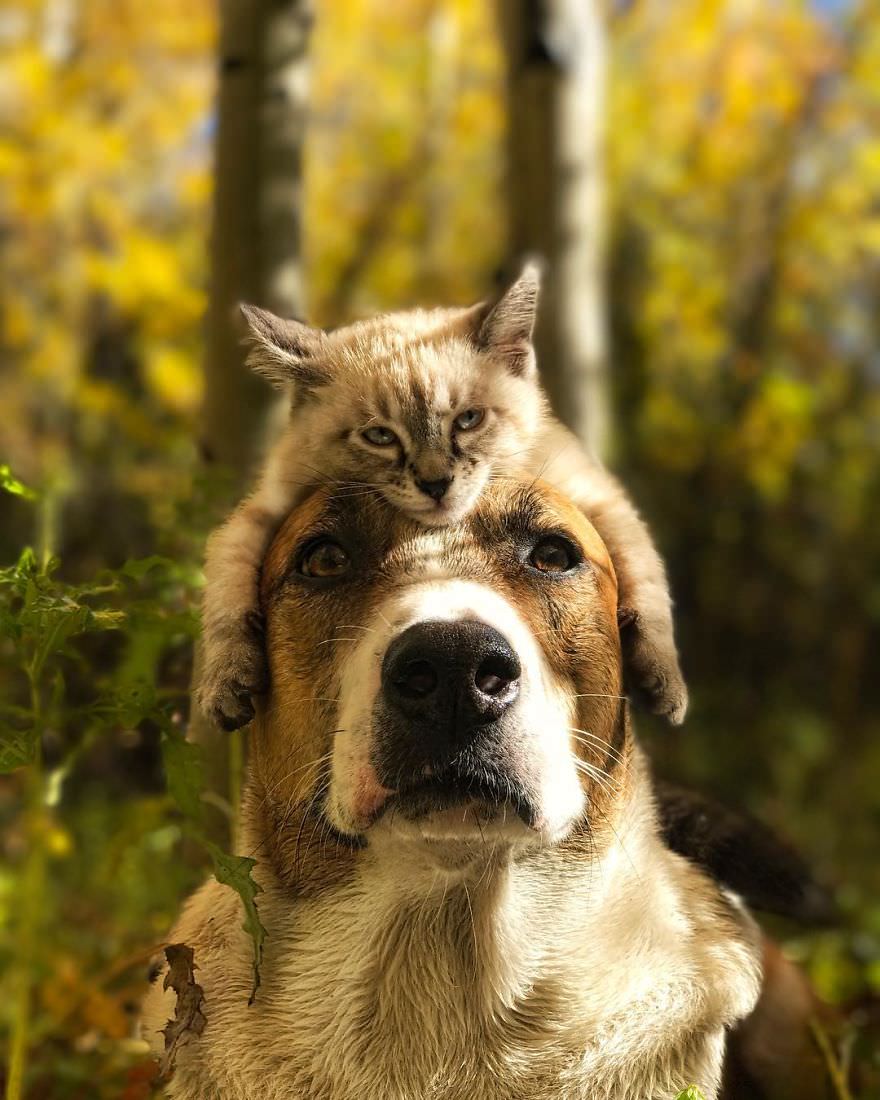 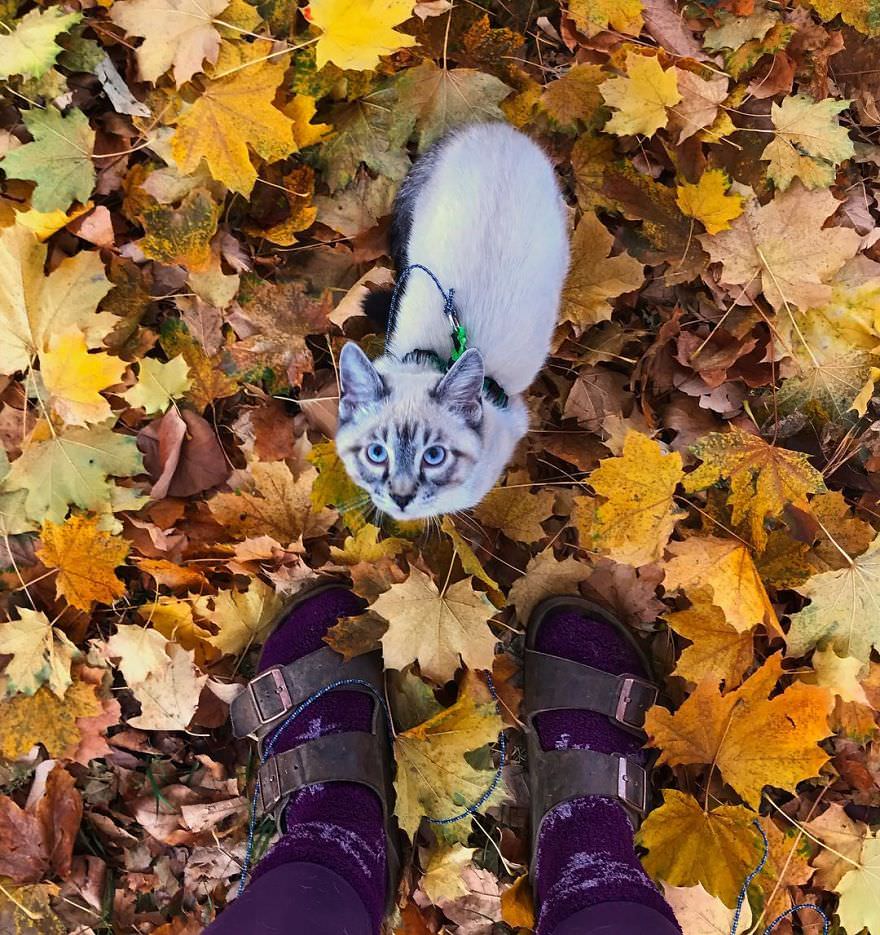 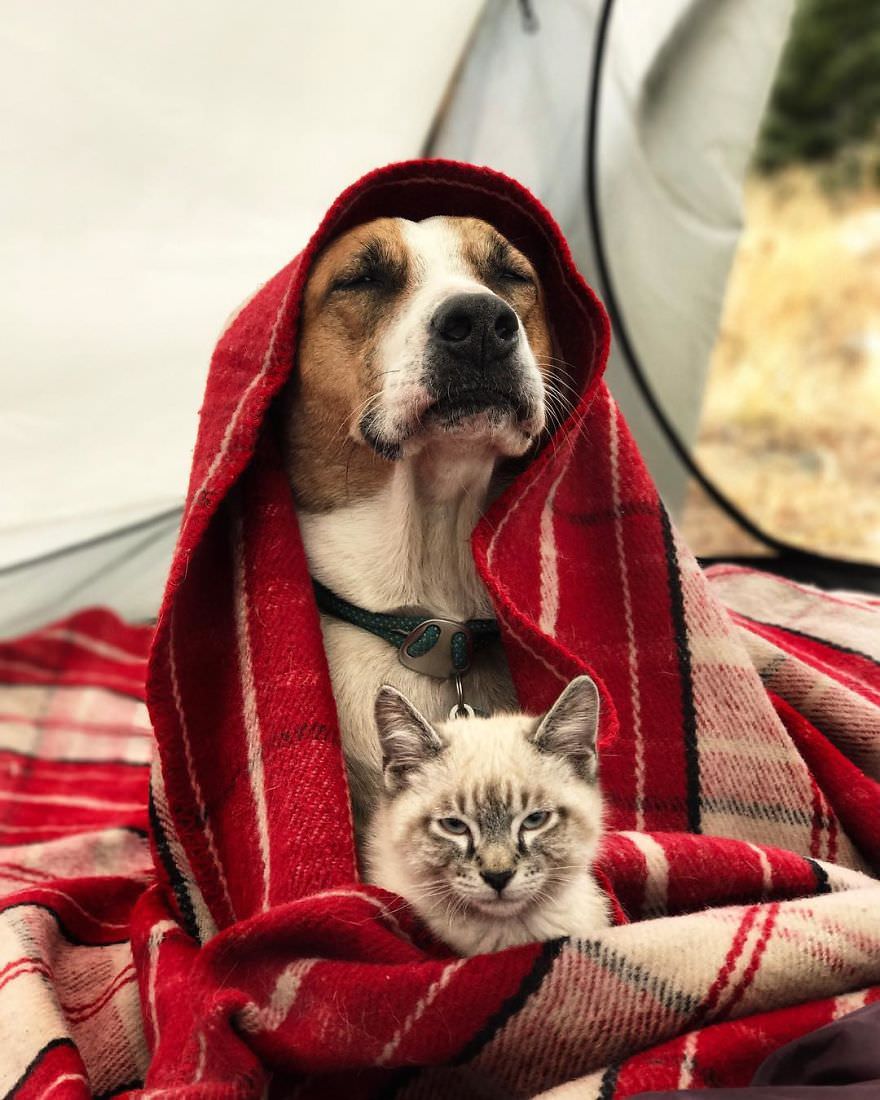 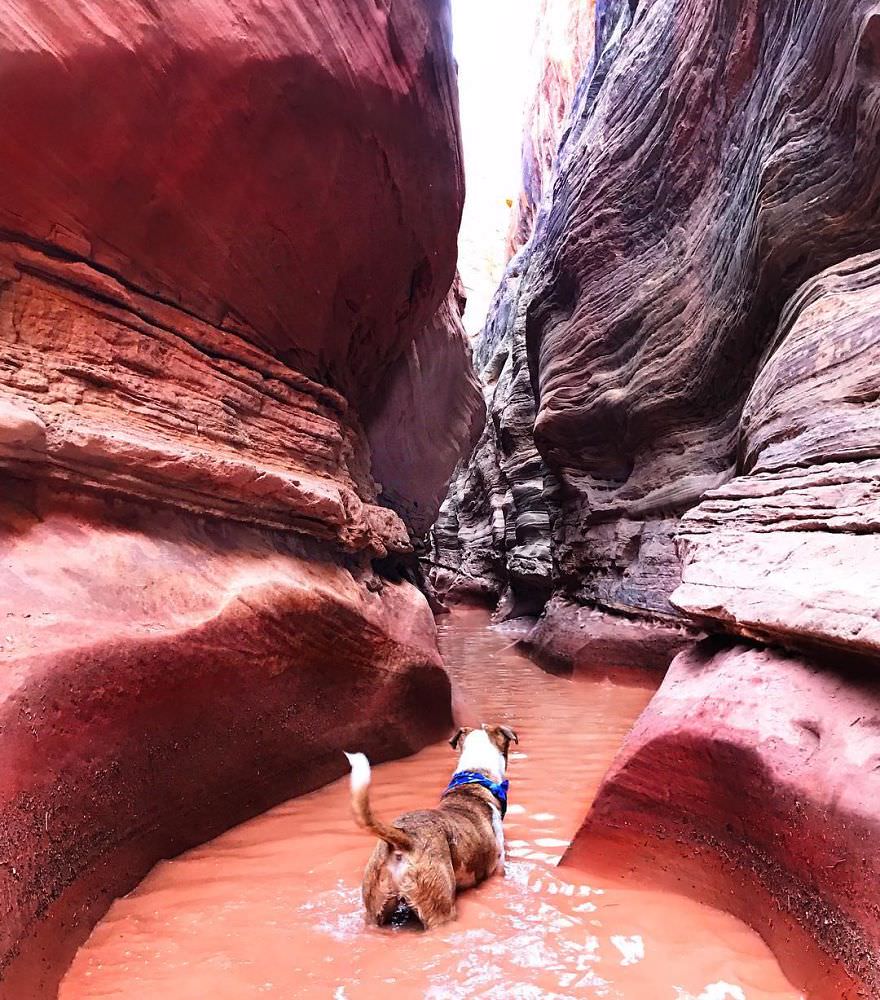 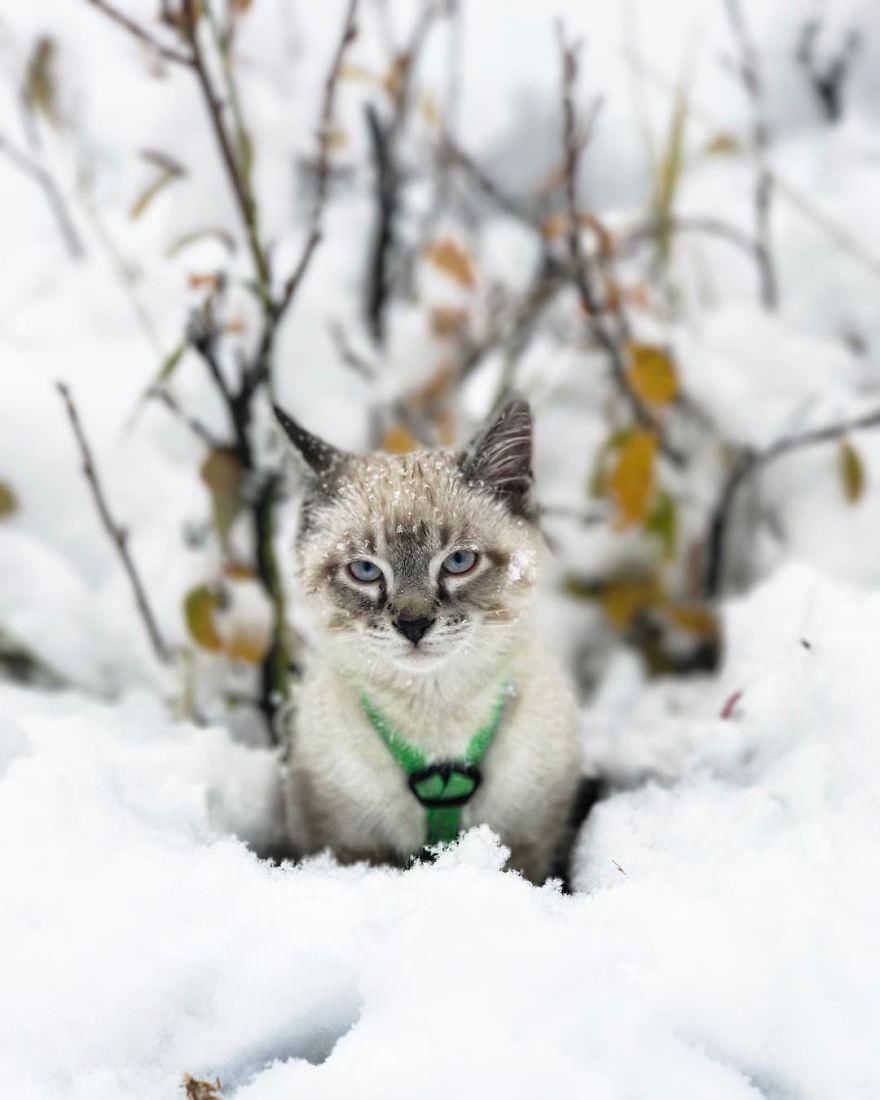 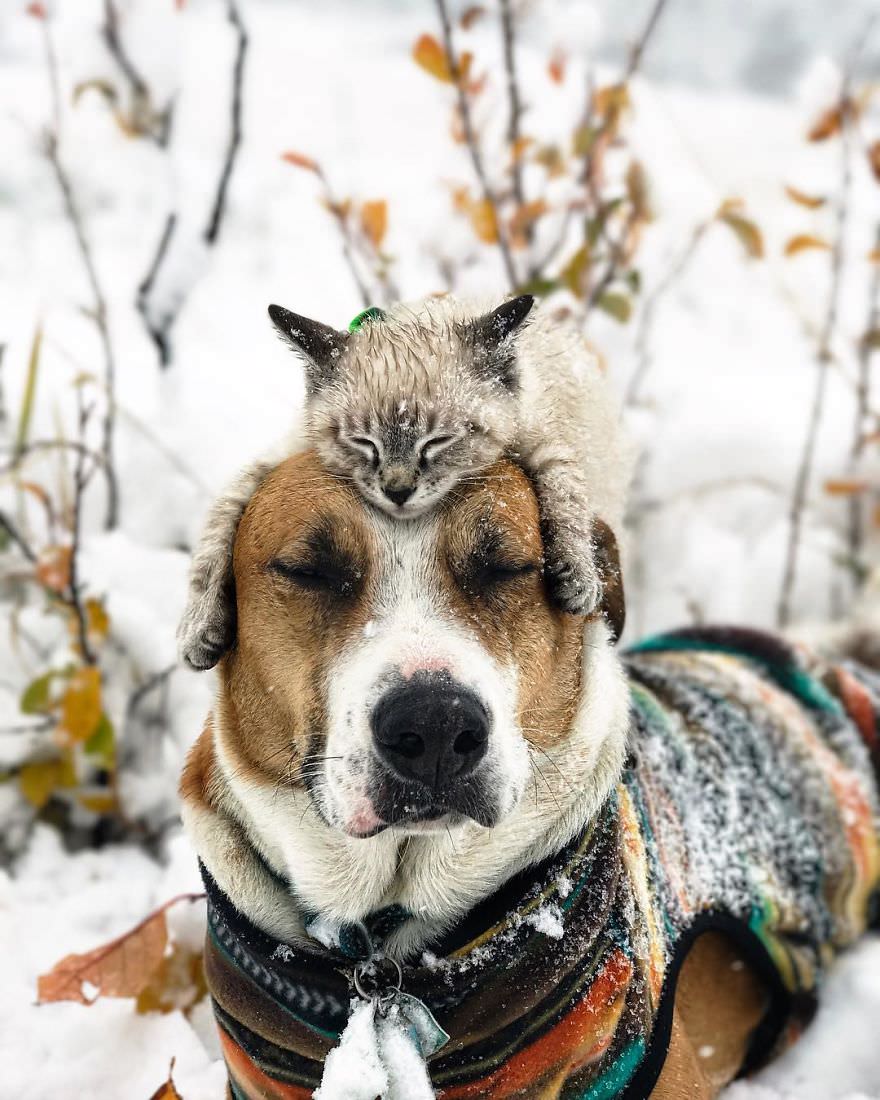 15 Of The Weirdest Things Cat Owners Have Come Home To

9 Signs Your Cat Truly Loves You

This Is Baby, The Corgi Who Loves Everyone And Has A Feisty Personality

10+ Times Cats Said “If It Fits, I Sits” And Proved Themselves Right

Fat Cat Dad Won’t Spare His Kids Food, So His Owners Came Up With A Brilliant Plan