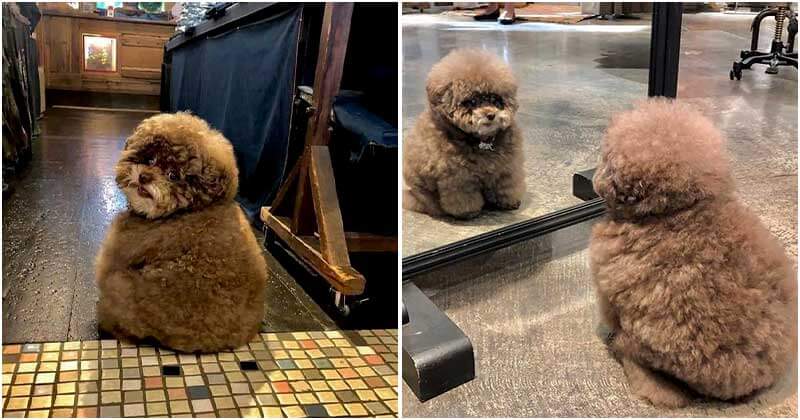 This fluffy poodle is taking over Twitter after his adorable pictures of human-like expressions were shared. The fluffy puppy is named Kokoro and people seeing his pictures for the first time are saying he has a very human-like face; for some, he even resembles Bob Ross. Not just that, Internet users are creating memes with the adorable pooch.

Kokoro is from Japan and is famous for its appearance looking like a stuffed toy. He has an Instagram account and is very famous here, attracting 120k followers with over 3k posts. He becomes more popular after Twitter user Hisoka shared some pictures of him. These pics got 128k likes, 29.9k retweets, over 800 comments, and, of course, millions of love. After Twitter user Hisoka uploaded these adorable photos of Kokoro, they went viral Kokoro melts the hearts of millions of Internet users with its cuteness and similarities to many things—from Bob Ross, because of Bob’s famous fluffy hair that is very similar to Kokoro’s, to Ewoks, because they are both super hairy and fluffy creatures. These make adorable memes, so people are taking advantage of that and creating all sorts of relatable and funny content. Some more photos of the fluffy puppy Kokoro is also known as a toy poodle. They are famous for their fluffiness. They are al the smallest of the three AKC-recognized size variants of poodle breed, which makes them extra adorable. They usually stand about 9.4 and 11 inches tall (from 24 to 28 centimeters) and weigh between 4 and 6 pounds (from 1.8 to 2.7 kilograms). Toy poodles are an intelligent, active, and social breed that requires lots of care and grooming from their owners. What do you think of this fluffy toy pup? Does he show off human-like expressions? Does he remind you of Bob Ross? Let us know your thinking in the comment below and don’t forget to show some love for Kokoro and his owner.

10+ Cats Who Use Dogs As Pillows