It’s not every day that you get to meet your hero, let alone bump into them on the street. But recently, one lucky dog had the opportunity to do that. And he took full advantage of it to show his affection to his idol: the warrior Chewbacca from ‘Star Wars’. 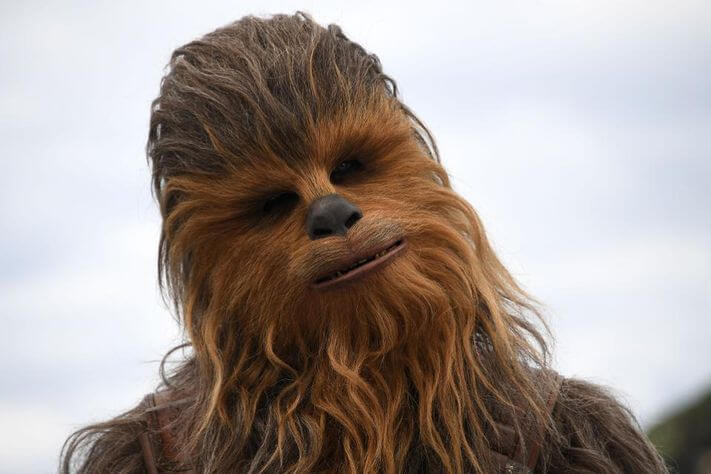 If you have ever seen Star Wars, you can’t forget Chewbacca, the legendary warrior and first mate of Han Solo. He is a Wookiee, a tall, hirsute, bipedal, and intelligent species from the planet Kashyyyk. Not surprisingly, he has a lot of fans from around the world. 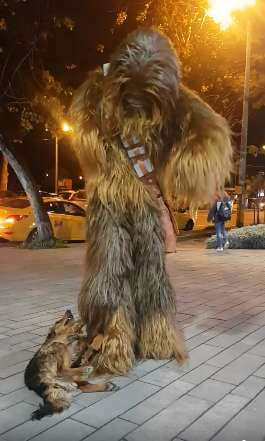 Last week, a group of people were out in costumes in front of the University of Azuay, in Ecuador, to promote their Halloween party. Among the people wandering the street was a man dresses as Chewbacca. And of course, the iconic outfit got plenty of looks from passersby. Many people even stopped to take some photos with the man. 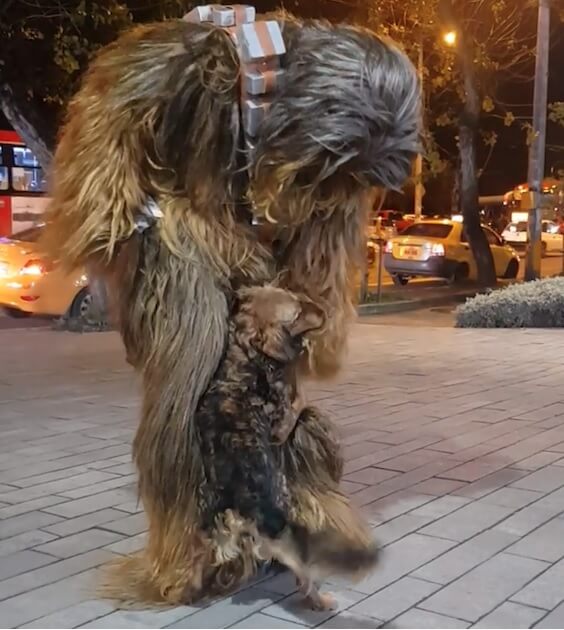 However, no one was more excited to see a Wookie than this street pup. When the dog spotted the Wookie, he was so happy and excited to run into his hero. After all, the two took a moment to share their similarities in the surprise meetup on the streets.

According to Elvis Alcalde who shared the video, the pup was once a lonely street dog. But after the video went viral, he was adopted by some professors at the university.  You might say they gave him new hope. How amazing!

This viral clip may not be part of “Star Wars”, but while we wait for the upcoming sequel, this viral video is here to hold us over. Watch their adorable meeting here:

We are happy to know that he finally found a happy home that he deserves. What an adorable story! Please share this video with your friends and family members!

What Happens When Corgi Falls In Love With Other Breeds, Showing in 23 Photos