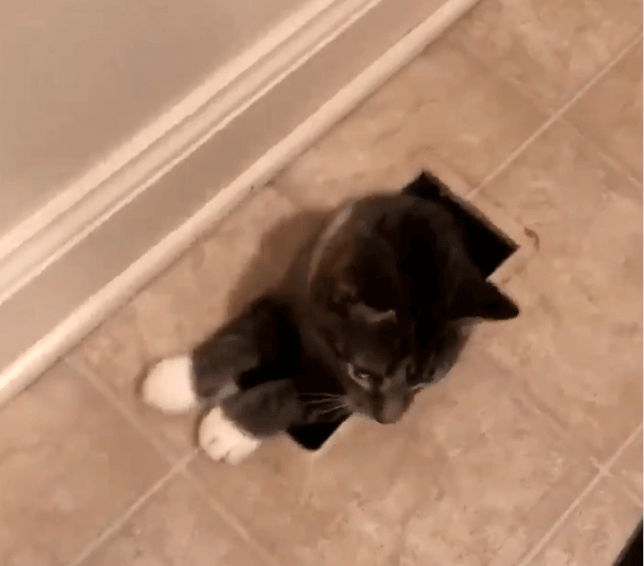 Twitter user @brenaclifton recently had a special guest – who arrived in an unexpected fashion. She was doing her thing at home when she spotted a cat crawling out from a vent in her floor.

This cat is not Brena’s cat because she has no cats. However, she welcomed her guest in anyway, took a video and shared it to Twitter, where it quickly went viral and was met with a lot of laughter.

As soon as the video became an internet sensation, other twitters were happy to share their similar stories.

“I didn’t have a cat either… until last winter when this little guy followed my dogs into the house and never left.” 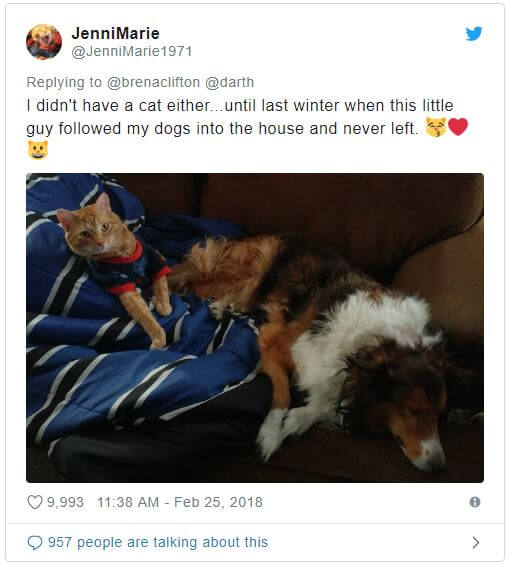 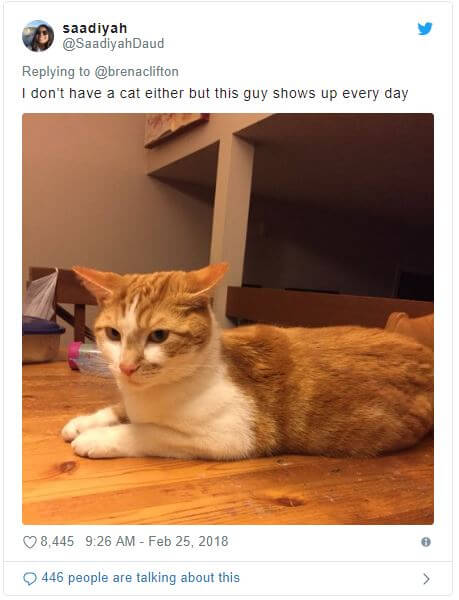 “So true, I was claimed by my current cat almost 20 yrs ago.” 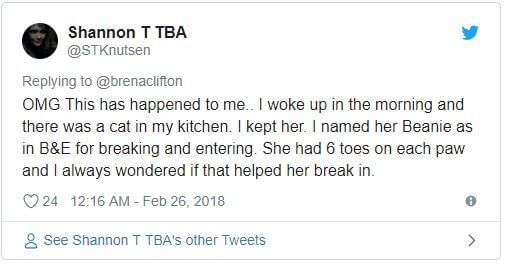 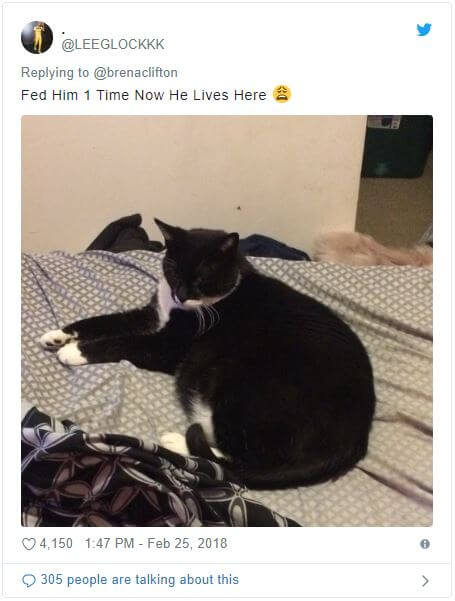 It looks like it’s a happy ending for Brena and her kitty. She gave the kitten a new name Jeffrey, and now Jeffrey is living happily with his new roommate. “This is Jeffery! He is the cat cat came out of the vent. Lol I am the roommate.” 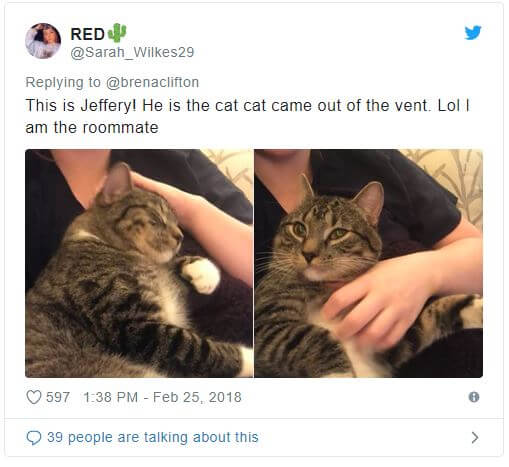 Do you have a cat who adopted you? We’re eager to see your stories and pictures in the comments below!