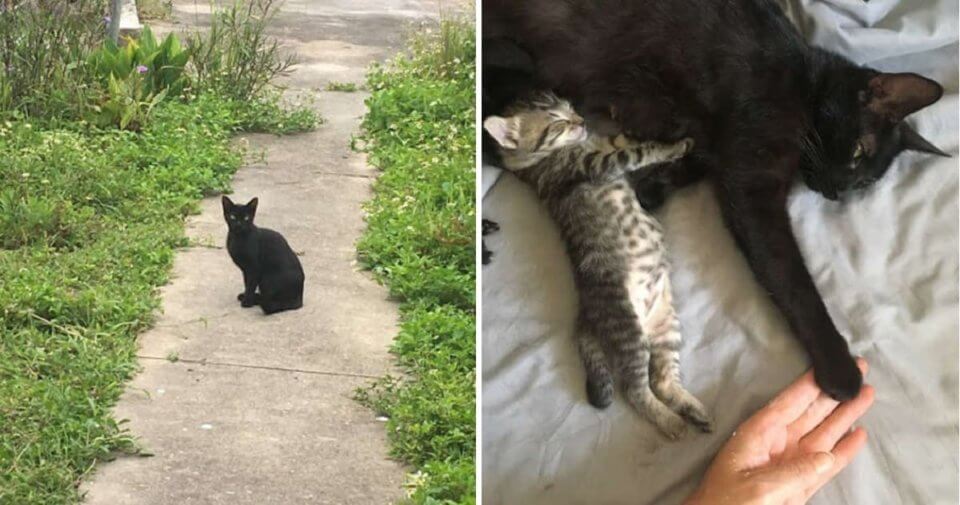 In the early fall of last year, Ida Floreak, a painter in New Orleans, spotted a stray cat wandering around her yard. The small black cat named Salami started coming her house after spotting her cat hanging out on the backyard stoop. “She came by and she really liked him,” Floreak told The Dodo. “They’d sniff around each other and she was more interested in him than he was in her. It was definitely clear that she was here to see him — which was sweet.” Floreak started leaving food out for Salami, and before long, the cat showed up at her house more often. She was eager for free meals and cuddles. Floreak was happy after she finally got the cat to trust her enough to accept food from her. Then, Floreak realized Salami started to get a bit of a belly. When the mother cat realized she was pregnant, she started to spend more time around Floreak. “My goal was to be able to take her in to be fixed and vaccinated,” Floreak said. “But before she was comfortable enough for that, she was visibly pregnant.” Then, one morning, Salami showed up earlier than usual. “She came by at 5 and was squeaking very insistently in a way that seemed out of character,” Floreak said. “So I let her in and she started to have her babies around 8 or 9 in the morning.” Later that night, Salami produced two more tiny kittens. “I was super nervous never having seen or done anything like this before,” Floreak said. “But to watch her, it was clear she just knew exactly what to do. It was a really intense experience.” 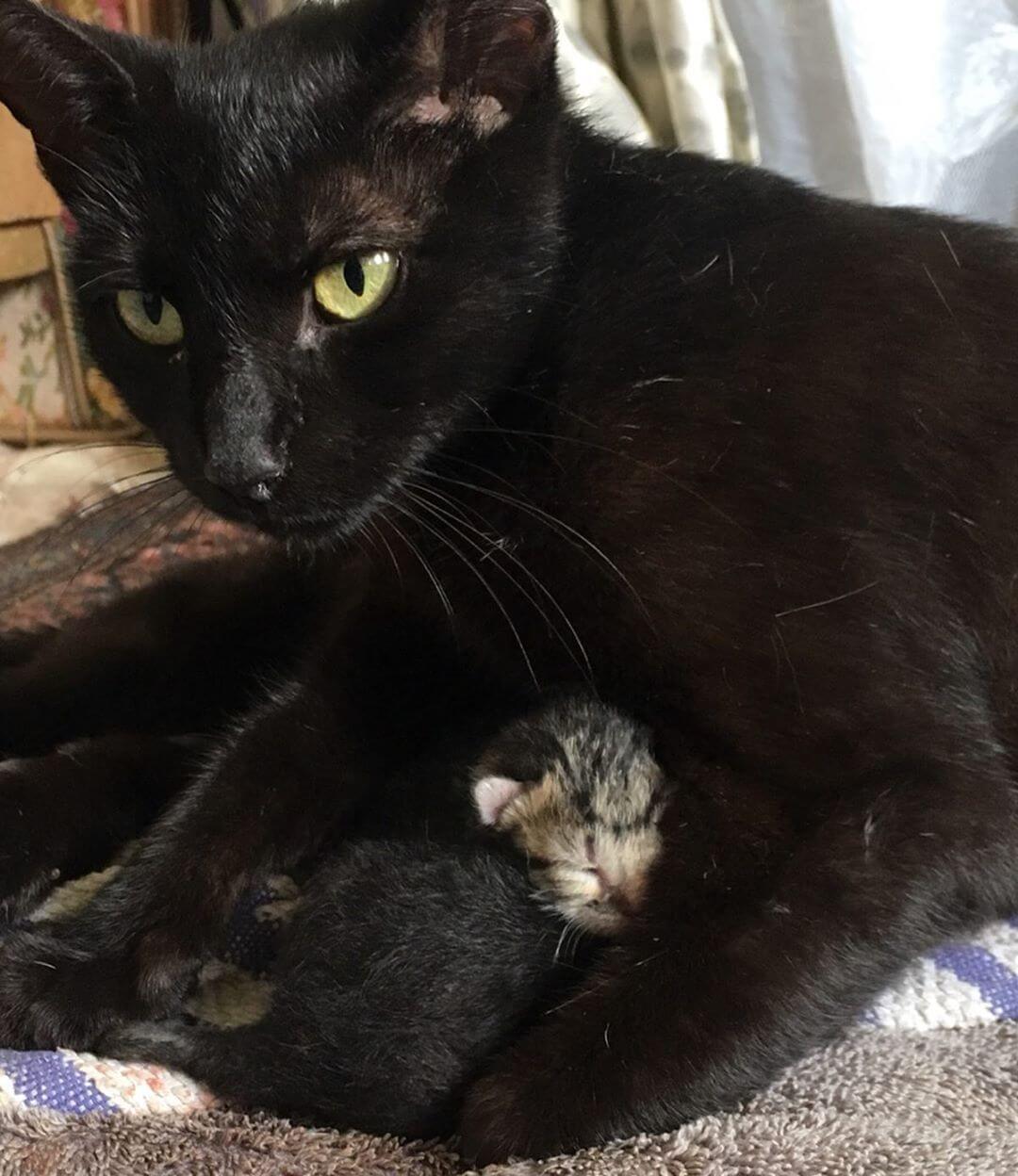 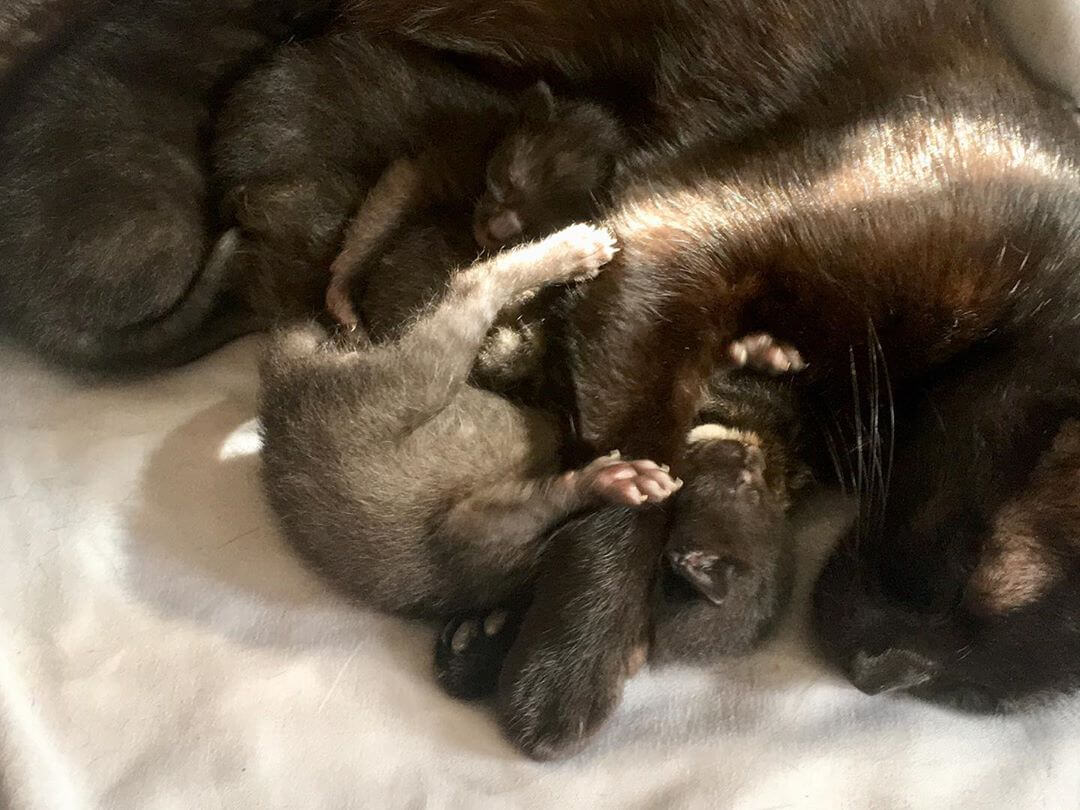 We are happy to know that Floreak has found forever homes for all four kittens, and Salami is living with her. Floreak’s other cat loves Salami, and they become best friends. If you want to know more Salami and her babies, you can follow Ida Floreak on her Instagram. 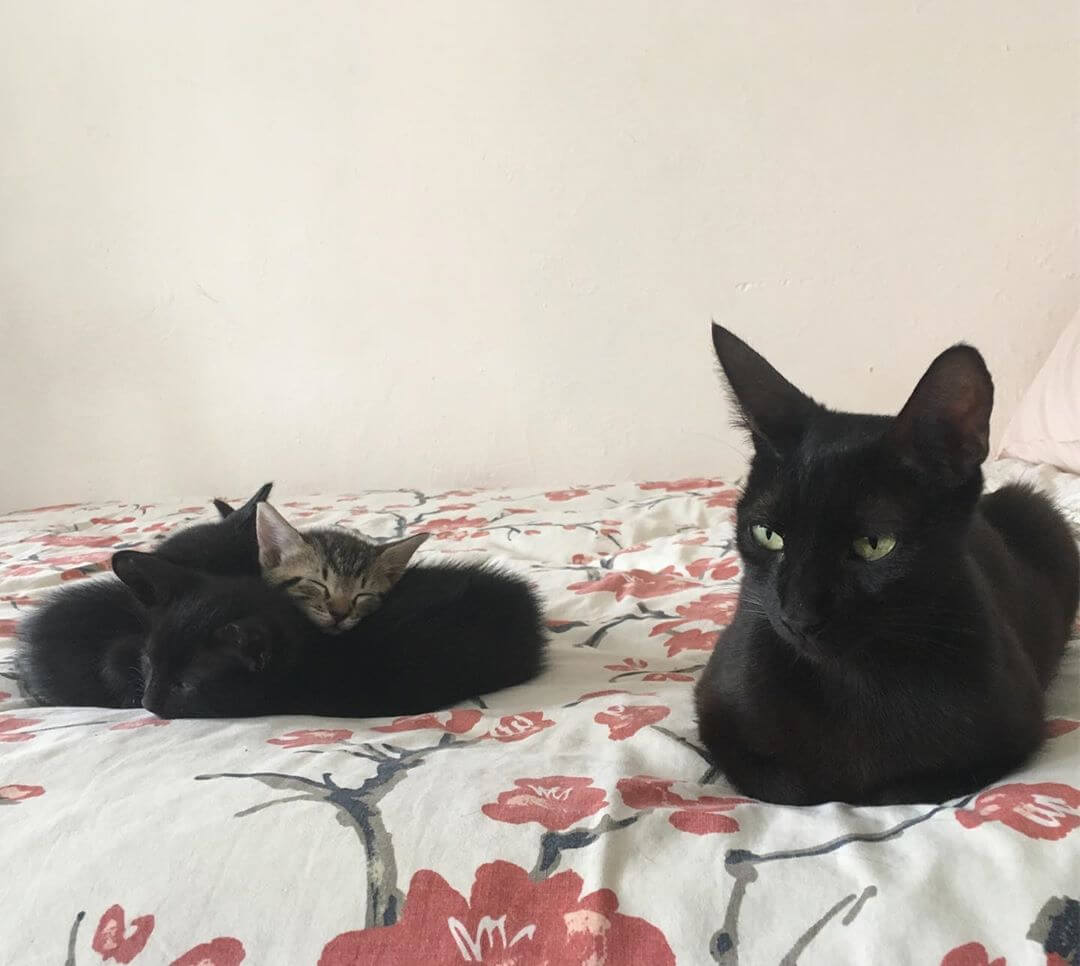 What do you think about this story? Tell us your thoughts in the comments below!

10+ Cats Who Simply Forgot How To Cat

Cat No One Wanted Because He is ‘Too Playful’, Finds True Love…