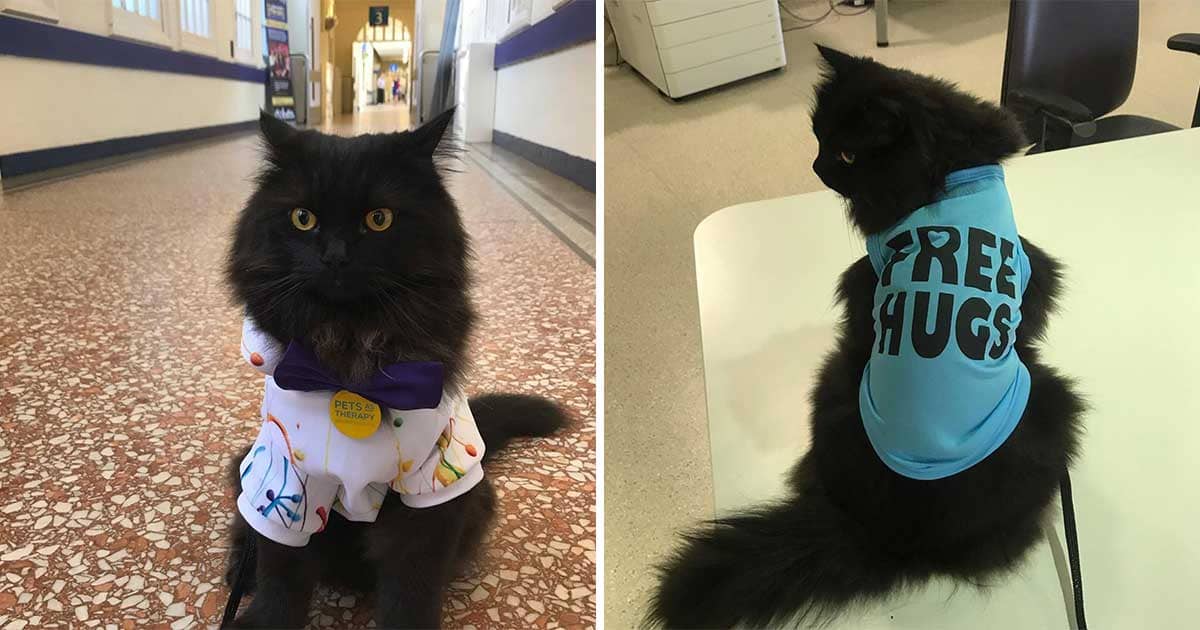 The animal-assisted therapy program is gaining more welcome from the population. If you ever encounter an animal roaming around the halls of hospitals, that one is likely one of the professional staffs contributing to an integral part of overall well-being. While dogs are taking the spotlight, Mr. London Meow delegates his kind in the business. The healing power he has is remarkably noticeable right in his presence.

London in his working suit Having London well-dressed in his occupational outfit sitting on your laps and letting you surf your hand on his fluffy coat is the simplest yet practical treatment science can hardly create. He shows no aggression toward everyone, while his meow is such a cheering up sound. Since studies show that the magic of petting an animal can help alleviate tension and solitude, London’s laid-back and playful personality has brought incomparable support to the treatment goals of many patients. London and his irresistible cuteness The cat doesn’t feel uncomfortable when being held by strangers. He confidently walks around the public settings and lends his relieving magic. The service of London is well-known first-hand by the doctors and nurses. Petting London, ill people will have a chance to forget their pain and depression. London has been to 7 countries serving different hospitals. His humans reported that the cat really enjoys his work and makes himself comfortable with anyone who needs such like ability. He may take a rest sometimes, but he’ll be back to work very soon.