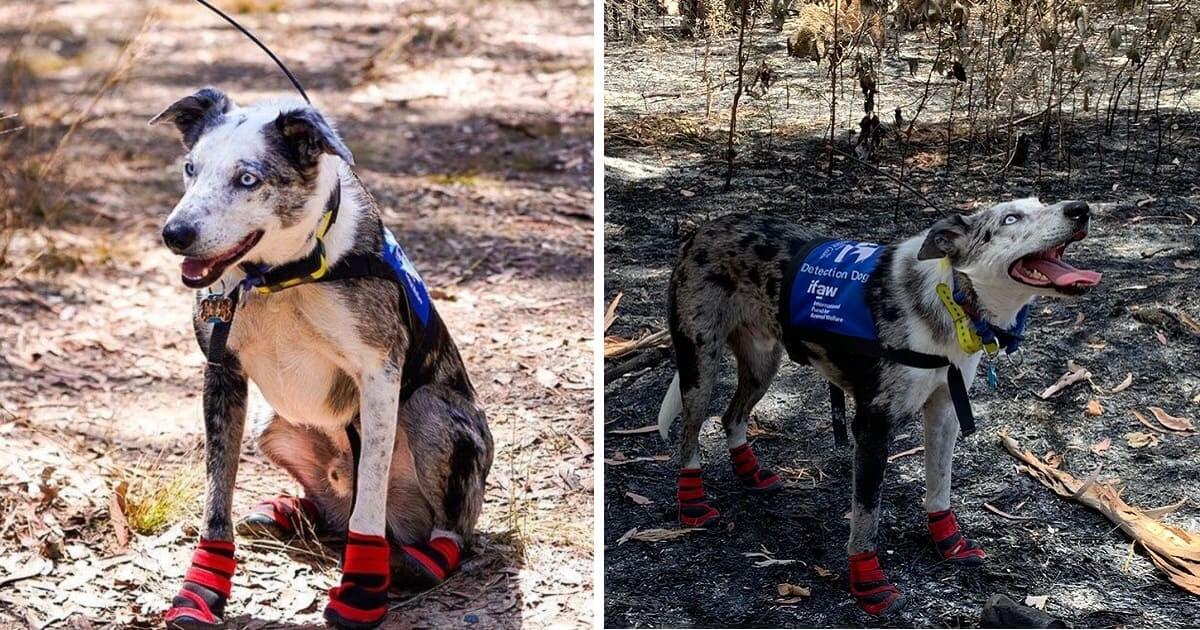 Bushfires in Australia aren’t just bothering people, but they’re also threatening one of the country’s most beloved natives – the koala. Recently, in bushfires looming and extreme danger ahead, thousands of individuals have been killed. It is agonizing to see these critters being incinerated and facing the loss of their homes. Saving wildlife then becomes one of the biggest concerns. Besides the force of humans of all sources, there is a join of “Bear,” a Border Collies being trained to help veterans suffering PTSD and disable children. Coming of a family, Bear was diagnosed with OCD and sent away to a dog pound. This condition made him inappropriate for a house pet, but at the International Fund for Animal Welfare, he is trained to become a detection dog. Bear is on his mission to detect koalas by sniffing and identifying the scent of the creature’s fur living atop eucalyptus trees. The brave is decked down in special boots to safety walk around the scorched ground. With his keen sense of smell, Bear has been able to track the presence of survivors in the area. During the devastation in the New South Wales district of Northern Rivers, Bear has found dozens of koalas in emergencies at his greatest effort, even against high winds. Bear on his koala saving mission Bear is reported to be the only dog in the world who can detect living koalas by the scent. In the utmost attempt of the rescuing mission, Bear and his handler keep lending this skill. The lifesaving ability of Bear is such a precious gift at this time. Bravo! You are our hero, Bear. And please keep up the good work.