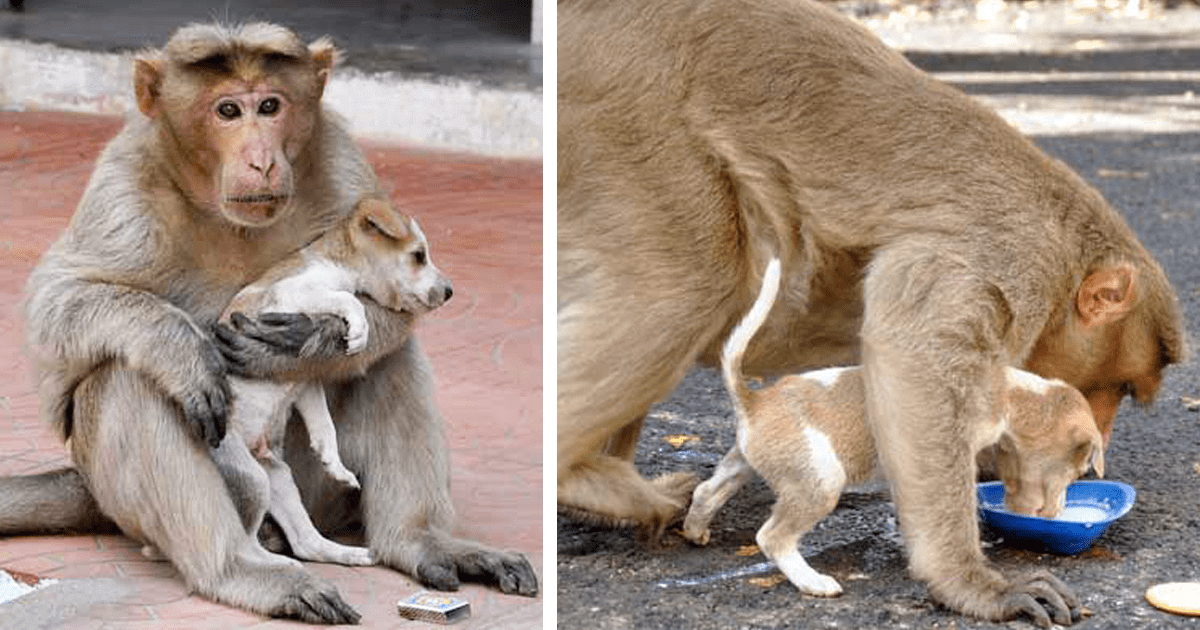 A rhesus macaque monkey became the talk of the town in the city of Erode, India after they discovered the monkey nursing and protecting a stray puppy from other stray dogs. He even opened his heart to the little pup and adopted him as his own baby. Touched by the bond between the monkey and the pup, the locals decided to help them by leaving food out for them every day. To everyone’s surprise, the monkey even lets the pup eat first.

Everyone in the neighborhood loves this strange relationship and wonders how the monkey adopted the young dog. He even nurses the puppy as if it were his own baby and spends a lot of his time caring for him. As you can see in these photos, the monkey acts just like a mom to the pup. He nurses him, holds him in his arms, and makes sure the pup doesn’t get in trouble, protects him from other stray dogs that are much bigger than him. “People who have seen them spoke of their strong mutual affection and described their bond as the most caring thing in the world — to take care of a puppy in danger and protect him like a parent,” reports Zee News. “Their undying affection gives us a valuable lesson about relationships.” You see, the poor pup was abandoned by his own mom, but fortunately, he was adopted by a sweet and special mom at the right time. The unlike pair shared a very strong bond, and they became inseparable. Watch the video below to see their special relationship!

If you love this incredible story, please share it with everyone and don’t forget to let us know your thoughts in comments.