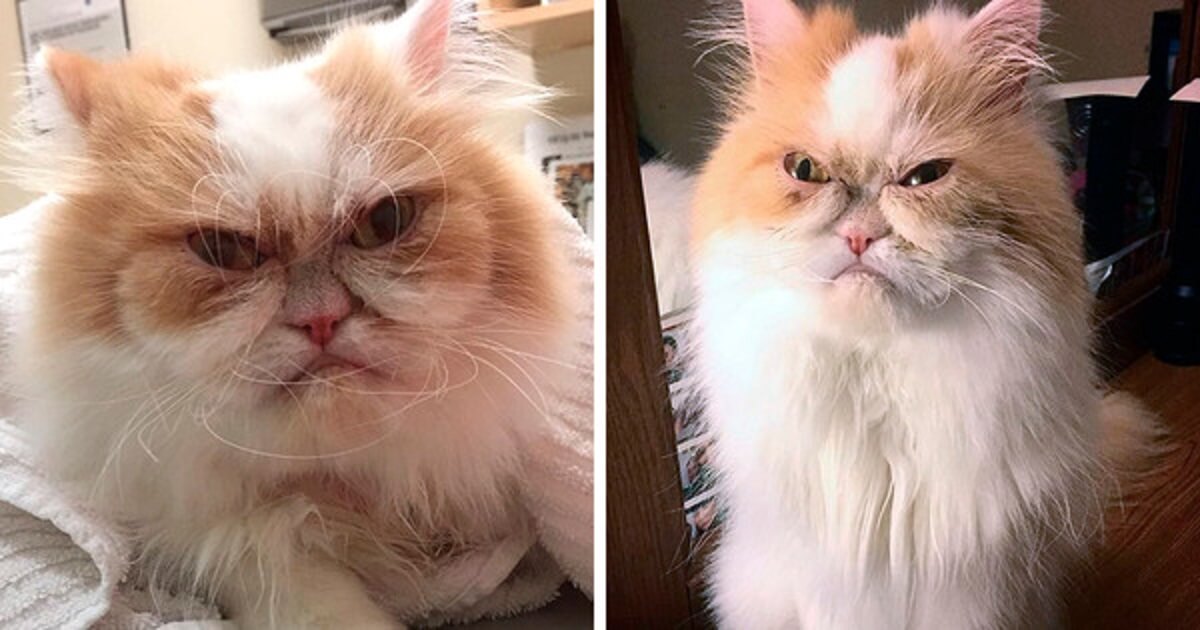 Do you remember the internet sensation Grumpy Cat – also known as Tardar Sauce? Sadly, he crossed the rainbow bridge and went to heaven last month. However, her spirit will continue to live on through her family, her fans and even a new Grumpy cat names Louis. Meet Louis, a 6-year-old Persian cat from Texas who is finding fame on Instagram thanks to his displeased expression. Louis has been called the new Grumpy Cat by people on social media although she is more angry than grumpy. ‘Louis is a full breed Persian but people often ask if he has a genetic disorder because they think his facial features are an exception, but he is completely normal,” Louis’s owner told the media. Louis’s Instagram has already gained more than 4,000 followers while the original Grumpy cat had almost 3 million. But many believe that thanks to his irresistible and permanently-angry face, will be well on his way to become an internet sensation (whether he’s pleased about it or not). “Louis is now referred to as the ‘new Grumpy Cat, but he is actually very sweet, happy and playful. He loves to snuggle and give head rubs; he will chase lasers and play with toys,” her owner added. You can check out his Instagram account to keep up with her adventures along with his sister, Monae. What do you think? Do you agree that Louis is the new Grumpy Cat? Let us know in comments.