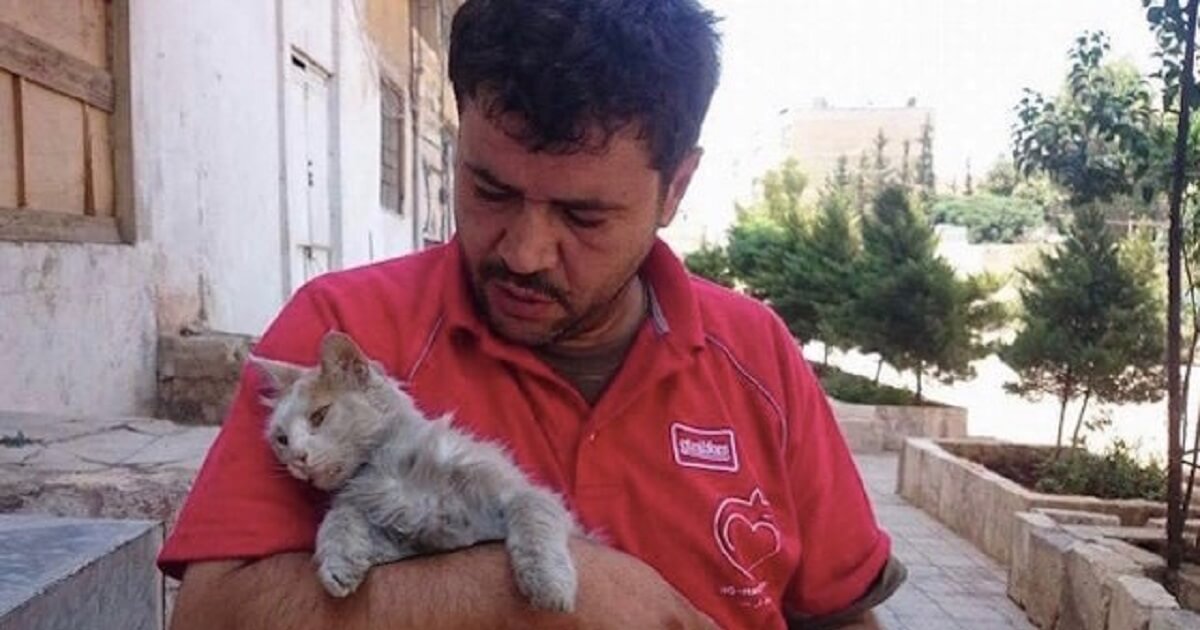 Aleppo, the largest city in Syria which has been devastated by war, violence, and destruction since 2012 as opposing forces have tried to gain control of the city. Many residents fled of the city to have a better lives and in that rush they had no choice but to leave their beloved pets behind. However, these poor pets cannot care for themselves on the dangerous streets without their owners. So, a kind man Mohammad Alaa Aljalee said that he would stay the city to protect the helpless animals. At first, Alaa raised a group of 20-30 and a year later, he has become the guardian to over 170 cats and even dogs. In order to provide a home for them all, he founded a sanctuary known as Il Gattaro d’Aleppo. From then, desperate families began giving their pets to Alaa before leaving the country, hoping that they’d be taken care of. Alaa described one touching moment: a little girl cried as she handed her furry friend to him. Her parents decided to leave the country and couldn’t take the cat with them. She begged Alaa to send her photos of her cats until they return, and he did that. He frequently sends her snapshots of her beloved cat. The girl pleaded, “Please promise to return my cat back to me when we come back,” Alaa said. Even though all his friends left the country, he is not alone because these cats have become his friends here. “I’ll stay with them no matter what happens,” he said. “Someone who has mercy in their heart for people, has mercy for every living thing.” Now Alaa is known as “the cat man of Aleppo.” Not only has Alaa saved and fostered hundreds of animal, he routinely saves humans from the aftermath of the war. This man is now part of daily life in Aleppo and is the city’s hero. With everything he did, he deserves a medal. 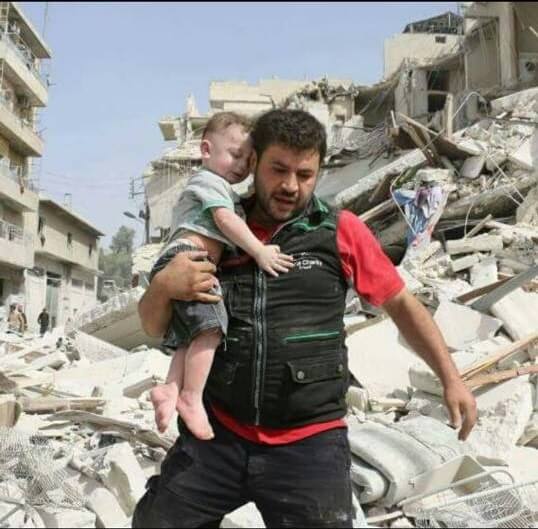