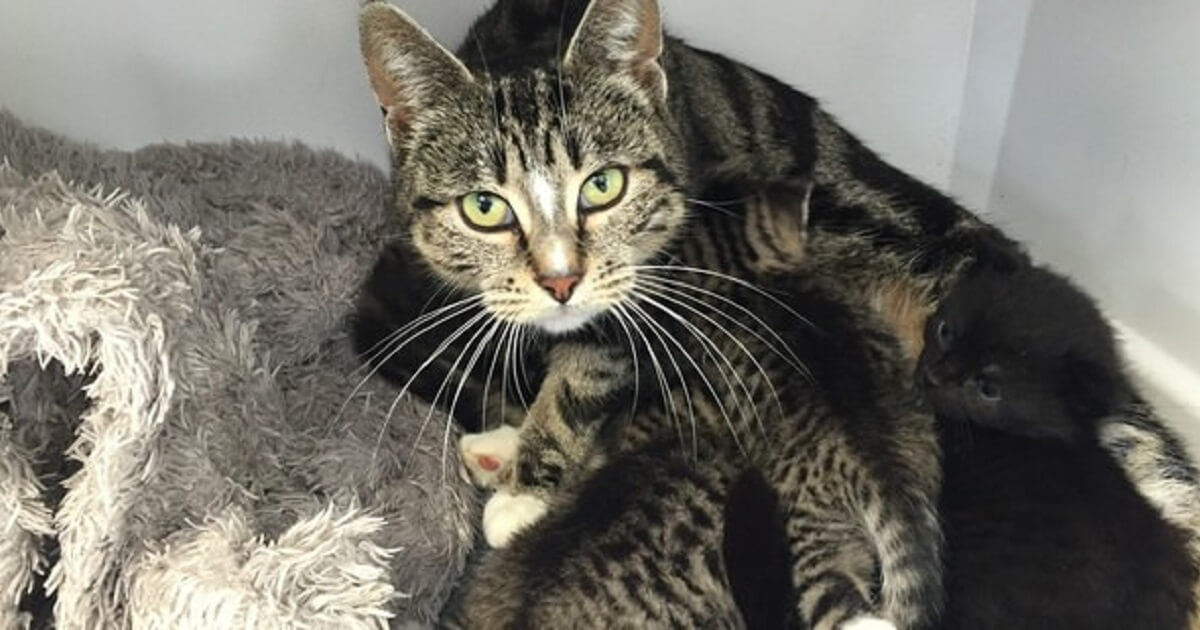 There’s nothing quite like a mother’s love, and moms from the animal kingdom are no exception. So, in heart-warming story today, we would like to introduce a mama cat has the strongest maternal instincts to prove just how strong the bond is between a mother and her kittens. The following morning, a small tabby cat appeared at the door of the facility, trying to sneak in every time a client arrived and opened the door. Eventually, staffs relented and brought the cat into the building. They discovered that the cat was carrying milk and was trying to find something, so they put mother cat and kittens together. Amazingly, this cat was the mother of kittens. Finally, the abandoned mother cat has been reunited with her four kittens at a veterinary clinic. The kittens and their mother were enjoying a very happy reunion. They are currently being fostered at the clinic until a forever home is found. Owners can abandon their felines but mother cats who were not willing to dump them so easily. Share this heart-warming story about mother’s love with your friends and your family members!