Davey is a stray kitten who was found by a good samaritan on a local road in Florida. The tiny kitten suffered severe injuries and laid lifeless on the road after being hit by a car. His situation was looking very grim, but thankfully, the good person saved him and contacted the local rescue Caring Fields Felines to help him. 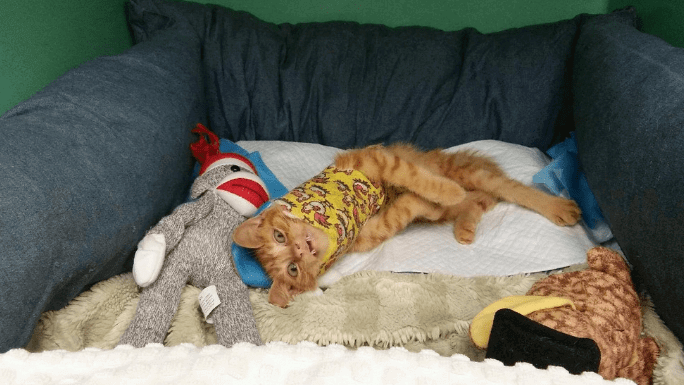 The rescue immediately took him to an animal hospital, where vets took an X-ray for him to see the extent of the damage. The poor kitten has suffered injuries from the accident. He had a broken neck and needed to be placed in a total body cast in 10 weeks. 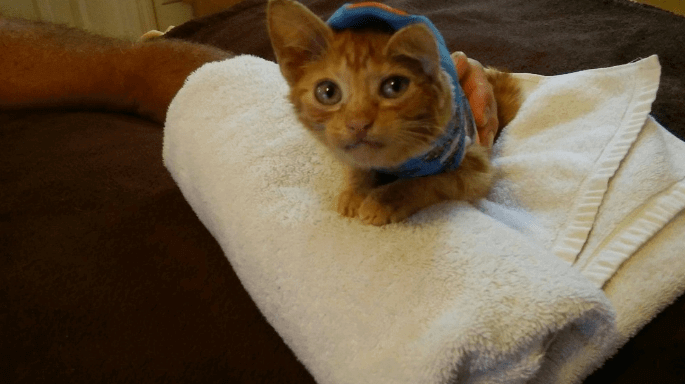 The vets at the animal hospital started looking after Davey and he seemed fine at first. He has now been in the cast for 6 weeks and is recovering very well. He will be in his cast for 3 or 4 weeks before he starts physical therapy. 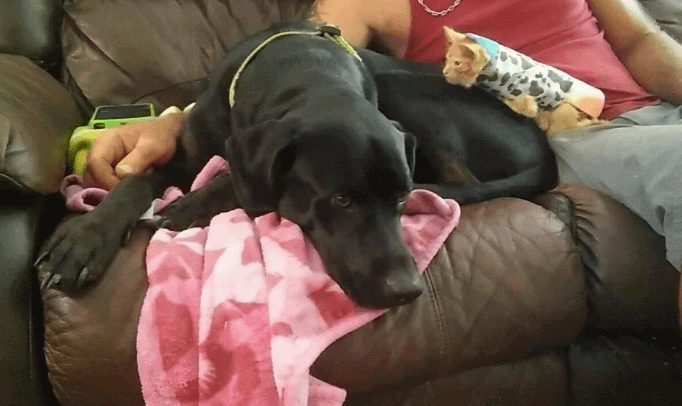 He is called a tiny burrito because he looks so adorable wrapped up in a kitty burrito. Everyone doesn’t want to leave him alone every night, so they let him go home with one of their employees – a veterinary technician’s dog named Oakley. He loves Davey and has taken on the kitten as his new best friend. 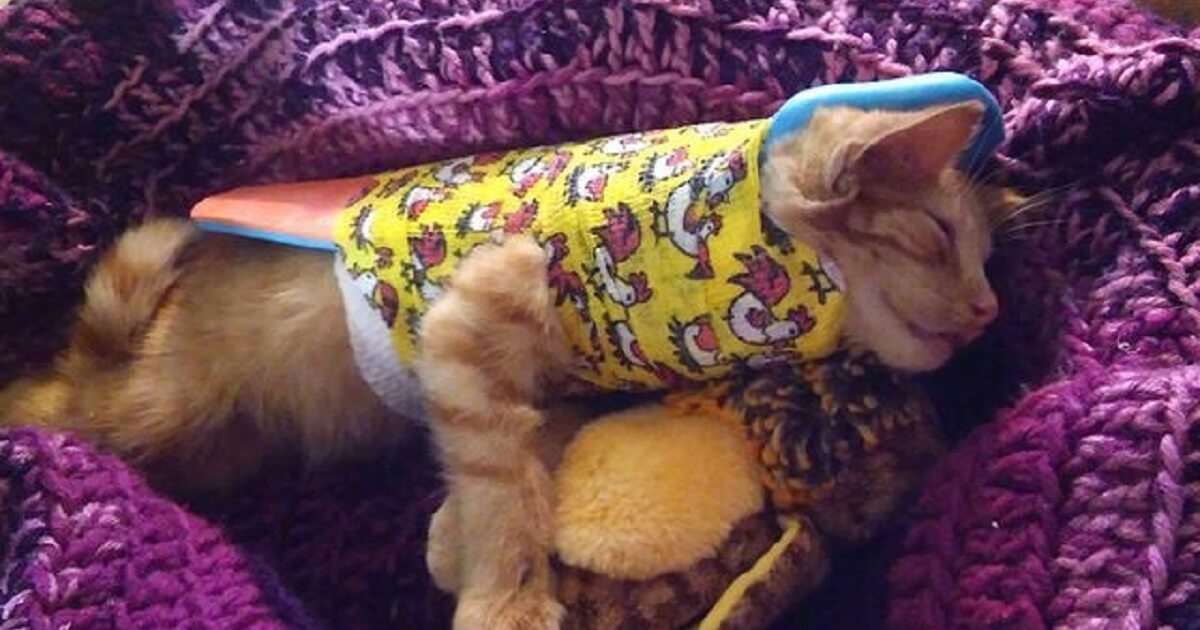 Once he is healthy and back to being a normal kitten, he will be placed up for adoption. Now he is making new friends and well on his way to find his forever home. We hope that he will find a good owner and a loving home that he deserves.

Here Is One Minute Of Kitten Cuteness To Make Your Heart Feel Fluffy And Happy!