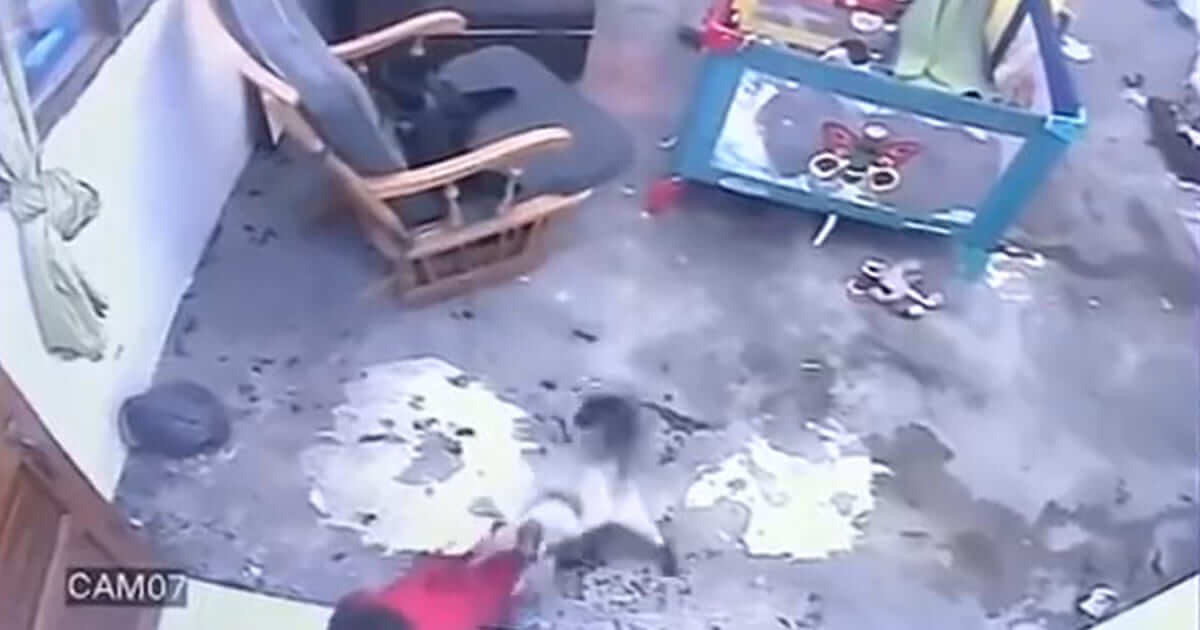 Cats are cute and fluffy creatures, but they are often accused of being aloof creatures, only out for themselves. However, they have the ability to become our companions, friends, healers, and even rescuers. Take for instance this courageous kitty who saved a baby’s life. The cat named Gatubela is being hailed a hero after a video of him was shared on social media. Taken by the security cam, the video captured a young child crawling outside of a crib. Right next to her, on a nearby couch, a cat was watching the child’s every move. As the kid starts crawling toward the open door which led to the staircase, the kitty acted quickly to distract the child away from a dark staircase by playing with her. People rushed to hail the cat as a hero and praise her for her good deed. It’s clear that if the cat hadn’t done that, the baby would have tumbled down the stairs and sustained serious injuries. However, the parents of the child also received some harsh criticism. The video below shows the reason why no one should ever leave their kids in an unsafe environment alone. Despite being smart creatures, cats clearly aren’t suitable nannies for human babies. His brave action is proving that cats do have heart and smarts!

If you love this video, please it with your friends and family members!