Chris was prepping the driveway when he saw a cat living outside in -20-degree weather. The cat was not alone because there was a second cat hiding in the woods. At that moment, he knew he had to do something to save the cats. He didn’t want to leave them living outside in these horrible temperatures.

He followed their footprints in the snow and figured out where they were going. The two cats Clarence and Midnight crawled under an abandoned trailer and got into the insulation to stay warm. Thankfully, they had a caregiver named Jean, who was feeding them and had shelters. 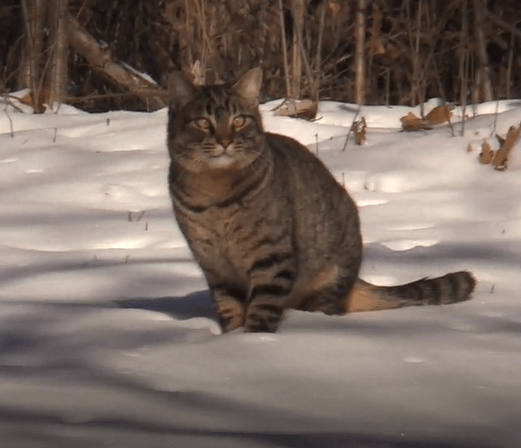 The two made a plan for Jean to catch the cats. On New Year’s Day to say that Jean called Chris and said that she actually trapped Clarence, and she came to drop him off straight away.

“We couldn’t bring him inside our house, unfortunately, our cats would just go crazy. So we made the garage a nice, warm, cozy spot for him. Just temporary until I could find him a foster home.” 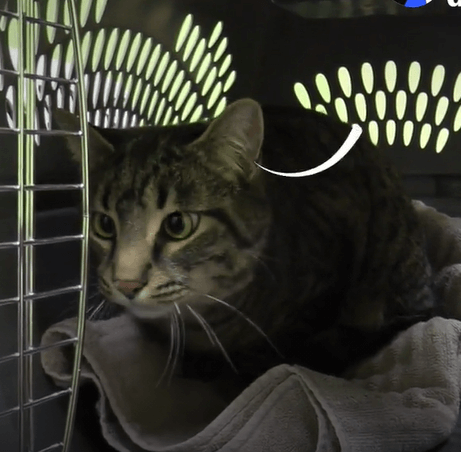 Clarence often made noise, but he was actually a really friendly guy. Then later that day, Jean was able to trap Midnight, the black cat. The two cats were taken to the vet to check their health and scan them for microchips to make sure they were not owned by anyone.

A woman saw the pics of the two cats online and fell in love with them. She contacted the rescue and wanted to adopt them. It’s great to know that they were adopted together.

Guy Is Determined To Save Cat Living Out In The Snow

Guy spots a cat living outside in -20-degree weather and…😍

25 Silly Cats Who Have No Concept Of Cat Beds

This Cat Bows Like a Gentleman Every time Someone Greets Him