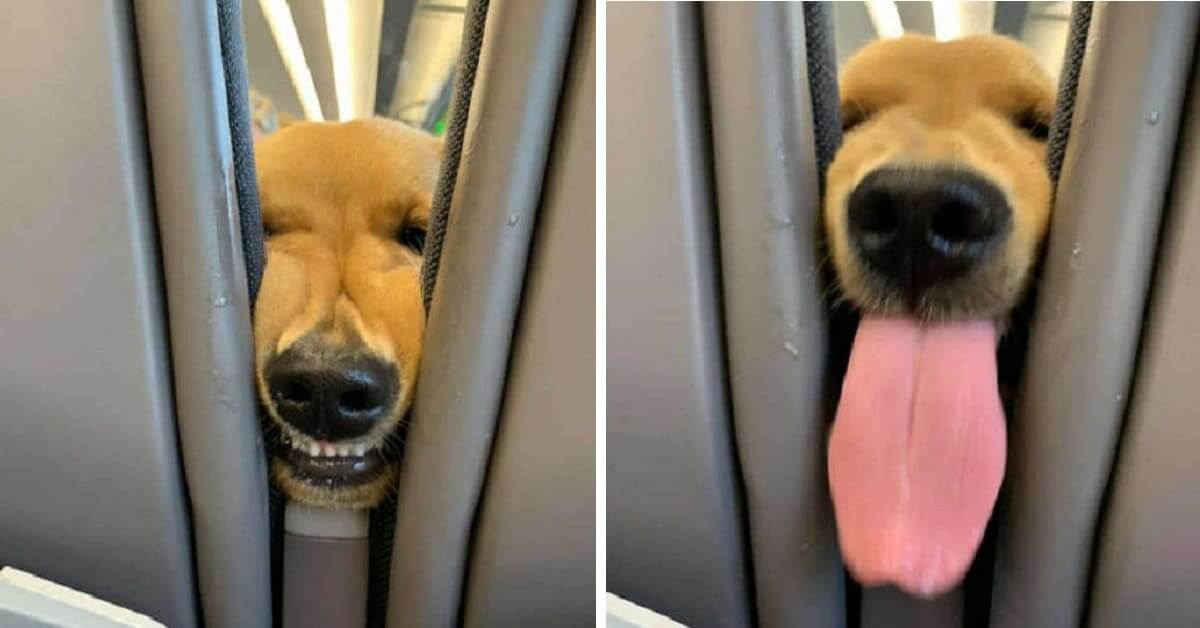 Always wonder what to do on long flights? There are a few ways to entertain yourself, including listening to music, reading books and magazines, doing puzzles, playing games and watching movies, and more. That way, your long flight will literally fly by.

However, the longer the flight, the more likely it is to see passengers do strange things to entertain themselves. And the special passenger in this story will show you the cutest thing that he did to keep himself entertained during the long flight. Meet Huxley, the friendly and cute puppy who was so excited for his first flight, from London to Ibiza. However, when he and his mom settled in their seats, he started to get bored. “He was sat in the seat next to me but got in a mood which he often does when I don’t pay him enough attention,” Ursula Daphne Aitchison, Huxley’s mom, told The Dodo. But a few moments later, Huxley managed to find a perfect way to entertain himself on the long flight. He decided to leave his mom and sit next to the man in front of them. The man was so happy to welcome his new furry friend. Huxley played with his new best friend and completely ignored his mom until he spotted his mom had opened up a snack. “He quickly changed his tune when he heard me eating my crisps,” Aitchison said. Huxley stuck his head between the seats to try a snack, but he couldn’t reach his mom’s snacks. And all of passengers couldn’t stop laughing at his funny face. He continued to entertain his mom and all passengers with his silly faces until he got bored of that too, and went back to play with everyone around him. He spent most of the flight entertaining his fellow passengers. He even proved to the entire airplane that he’s definitely the cutest puppy in the world. And thanks to Huxley, the flight went by in a flash. “He spent 30 minutes in that seat; the man next to him said he was a very good passenger and the man across the aisle was taking selfies with him,” Aitchison said. “Huxley kept giving him his paw to hold. He was making lots of people laugh and the man next to me asked to take his photo to send to his daughter.” If you love Huxley, you can follow him on Instagram to see more his pictures and adventures.