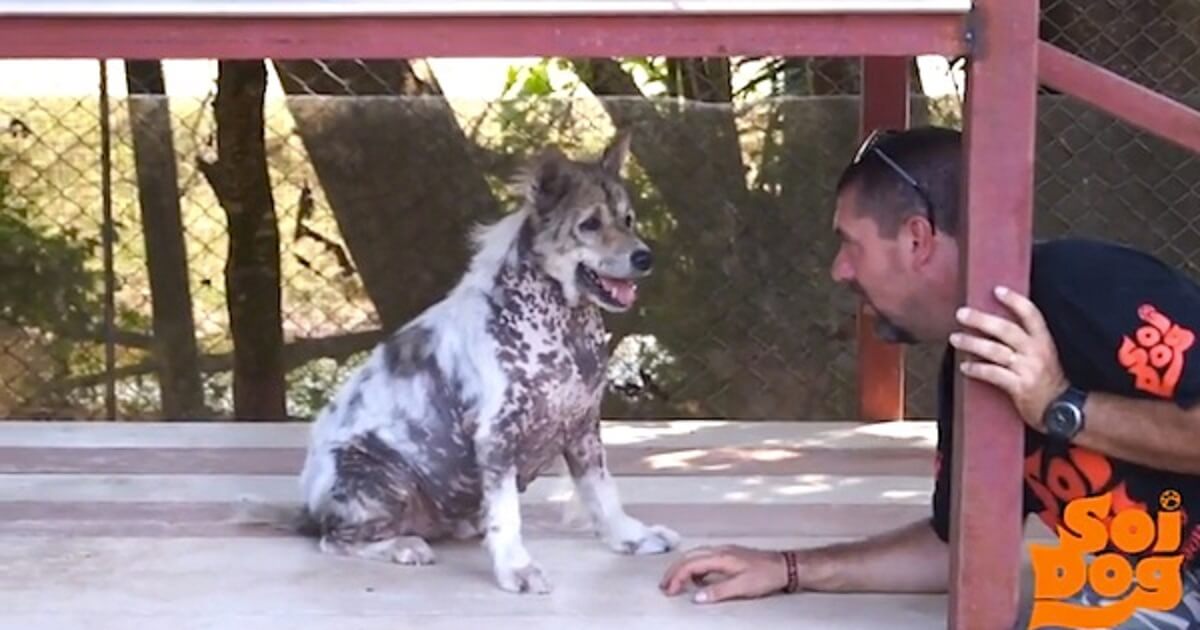 When it comes to choosing a dog from the shelter, people tend to overlook older dogs. Some people even abandon their older dogs to get new puppies. It’s so sad how people give up on their companions so easily. 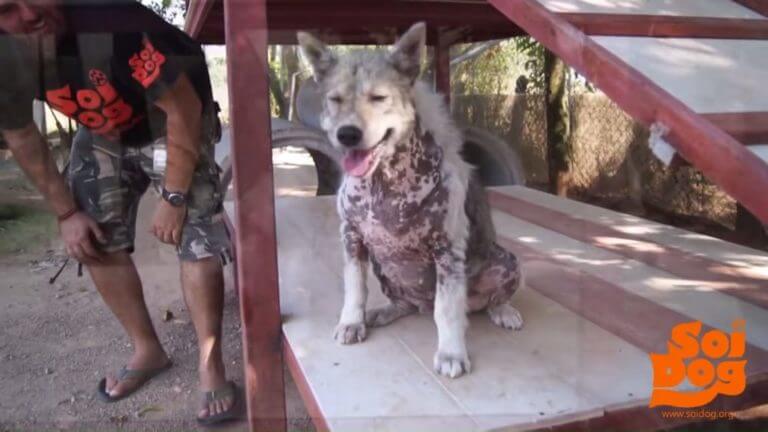 This is Dreadlock, a 10-year-old dog who was abandoned by his owner and has spent the last four years of his life in Soi Dog Foundation’s shelter in Thailand. When he arrived at the shelter, he had severe skin problems and some real issues with his fur. He was named Dreadlock because of his dirty and matted coat. 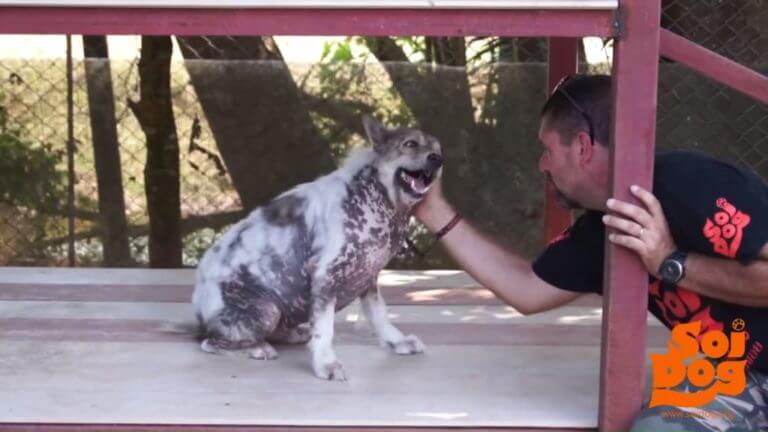 Thanks to the help and care of staff at Soi Dog, Dreadlock is now doing so much better. The old fellow may seem tough, but he loves being cuddled and walked. According to the shelter, Dreadlock is generally a placid, gentle, quiet, older dog who doesn’t get excited about much. 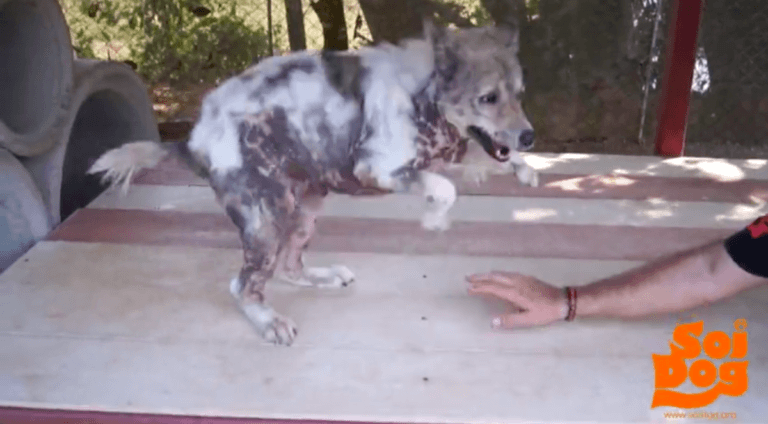 But for some reasons, he’s been overlooked time and time again, so he has had trouble finding a new owner for all these years. Thankfully, a kind person in the UK adopted him gave him a new home. Volunteer Darren came to tell Dreadlock that he was getting adopted and would soon be moved into his forever home.

After being told the good news, Dreadlock was on his feet and doing a fantastic dance. He bounced off the walls with joy, and his happy dance that put a wonderful smile on Darren’s face.

We are happy that he will have a loving home and have the opportunity to get the life he deserves in his senior years. Please share to pass on this story to your friends and family members!