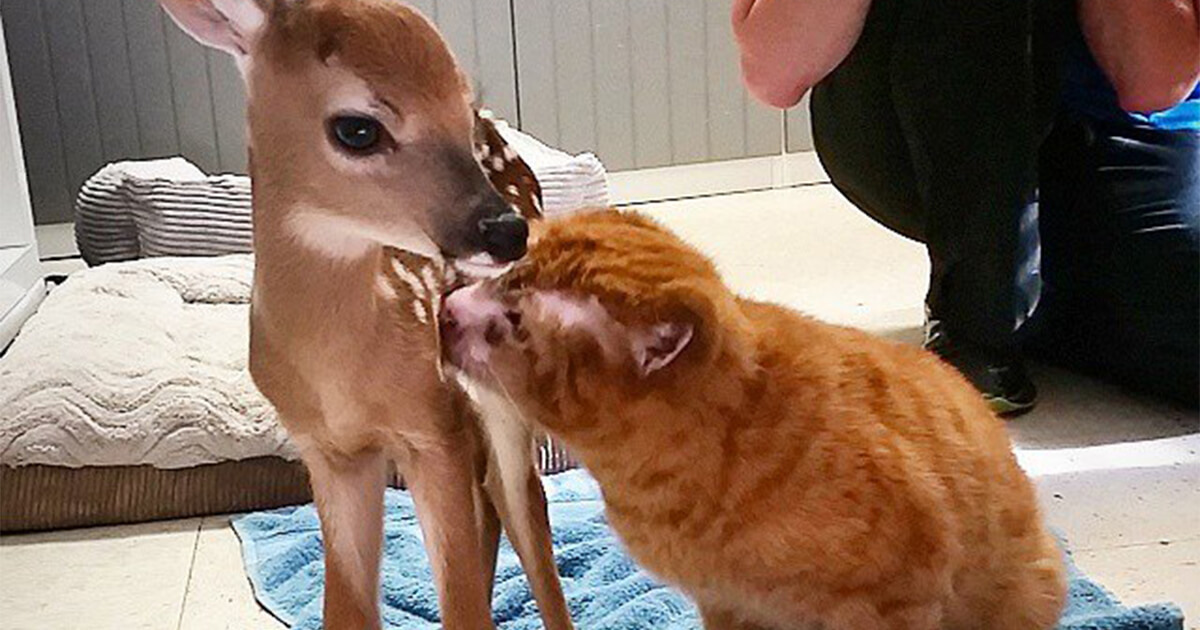 Russell, a cat was found in the rubble of a fire that destroyed his home with severe burns on his face and his body. He has been a patient at the Animal Emergency Hospital and Urgent Care Clinic in Raleigh, North Carolina since 2014. Russell has yet to completely heal from his injuries. Russell is making the most of his time in recovery but he has done the unthinkable during his stay at the clinic. He has begun comforting and offering support to other animals that come into the clinic! He won’t stop to rest unless he’s gently encouraged by the staff.
Russell doesn’t shy away from any friend, whether cat, dog, deer or some other furry friend, he does not discriminate. “He wants to meet all our patients. He just wants to be with them,” hospital staff told The Dodo.
He may never be able to return to his former life, according to the clinic, but he will never be short of love. even if he has to stay with them for the rest of his life.

Russell was severely burned on his face and body and lost the tips of his ears. 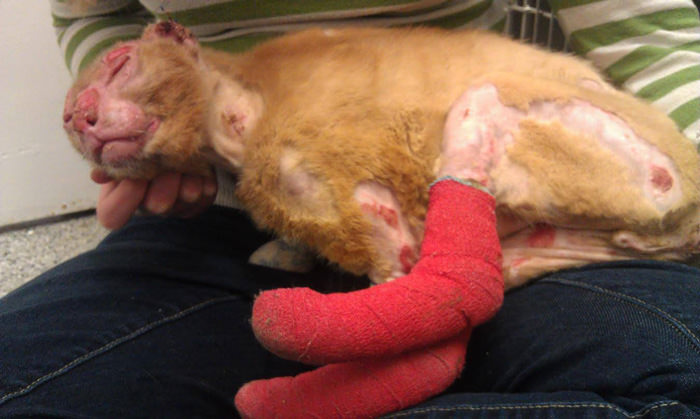 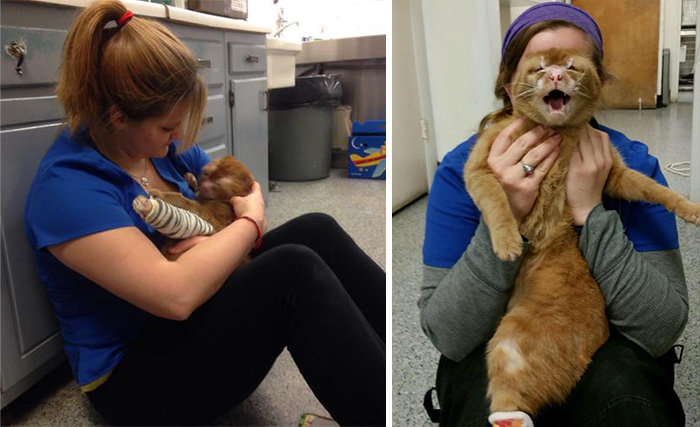 Russel started to care for other patients 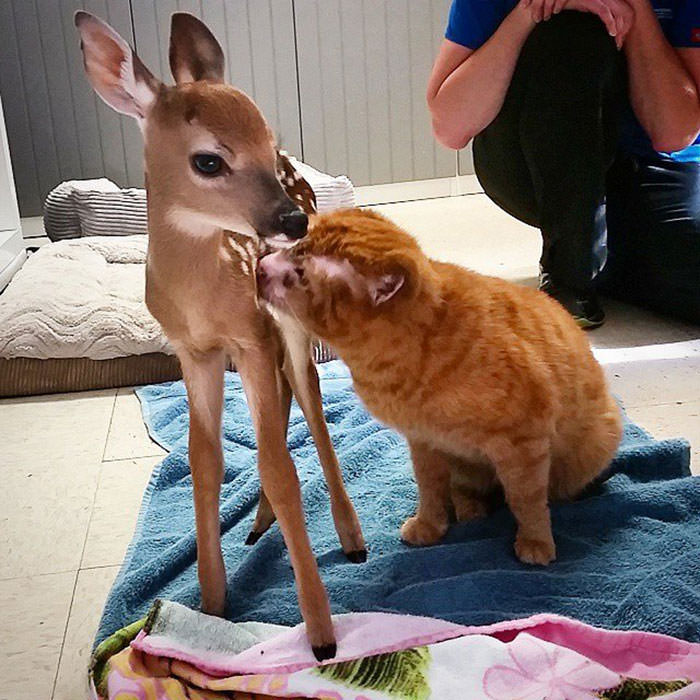 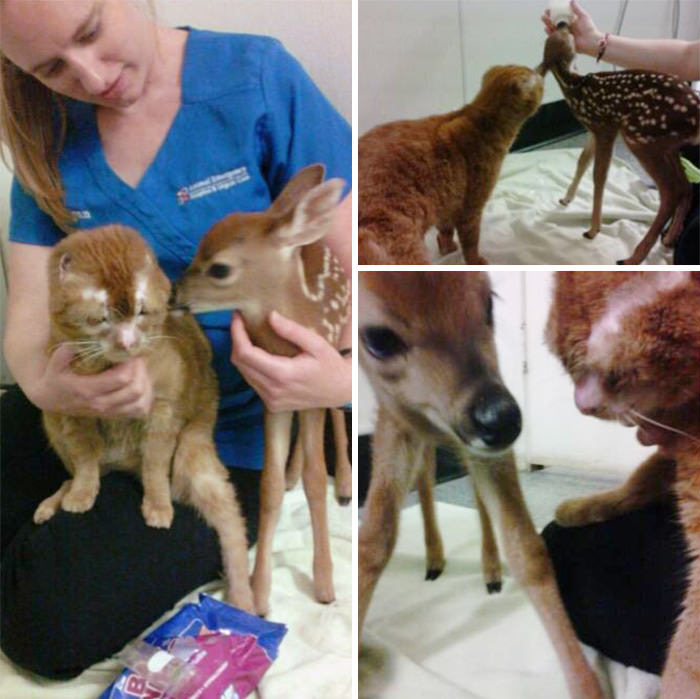 “He does seem to have some weird knack for connecting with patients, even when you wouldn’t think they would.” 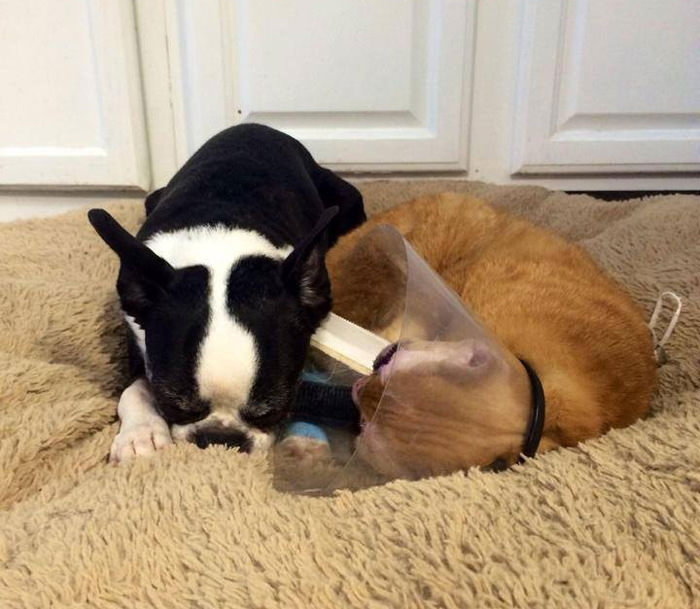 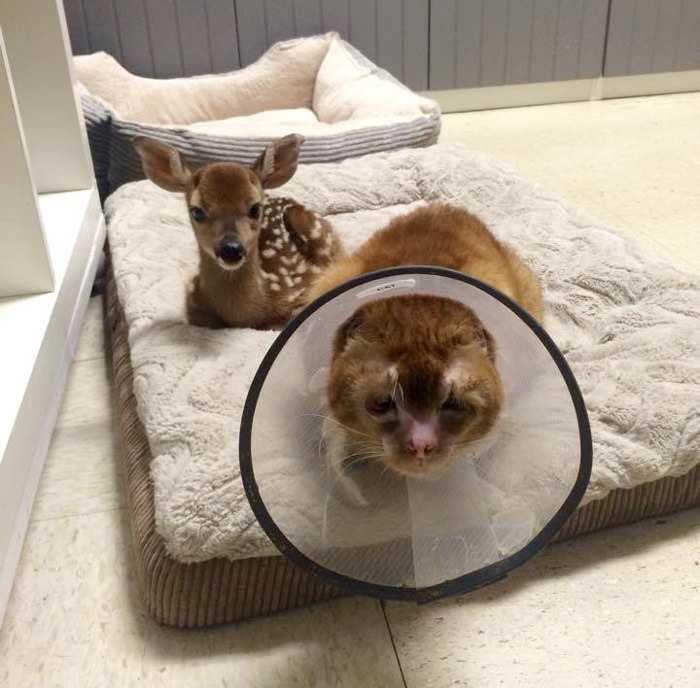 Russell is always looking to lend a helping paw. 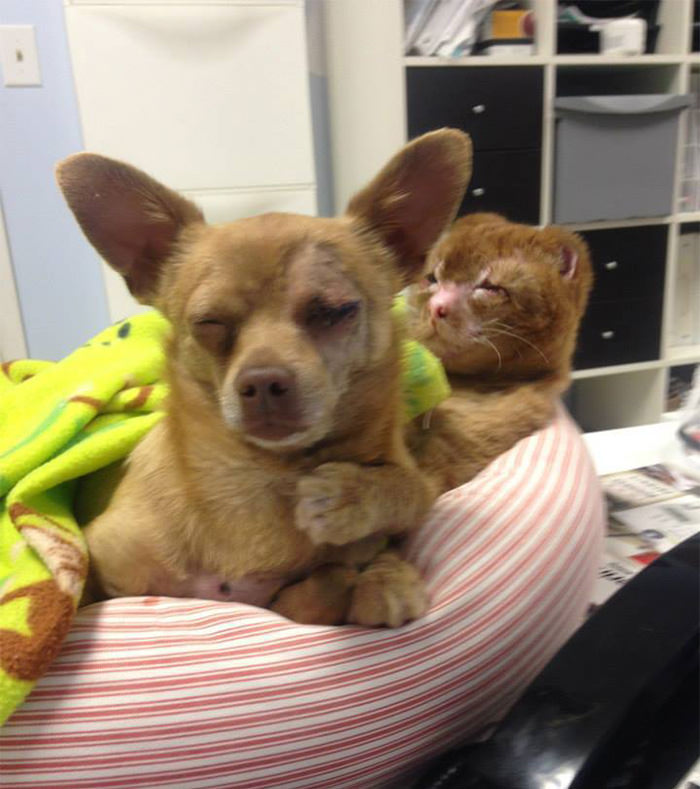 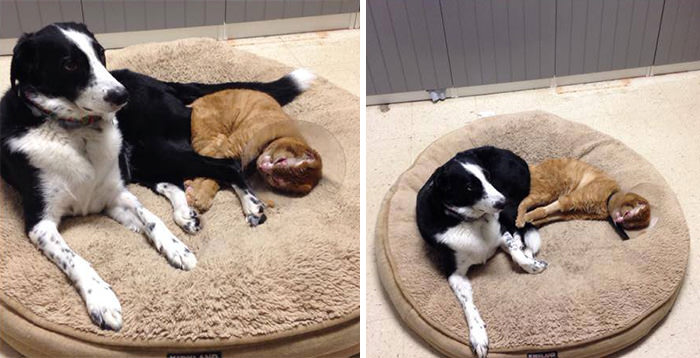 “Most cats are independent and aloof, but he likes to be with other animals” 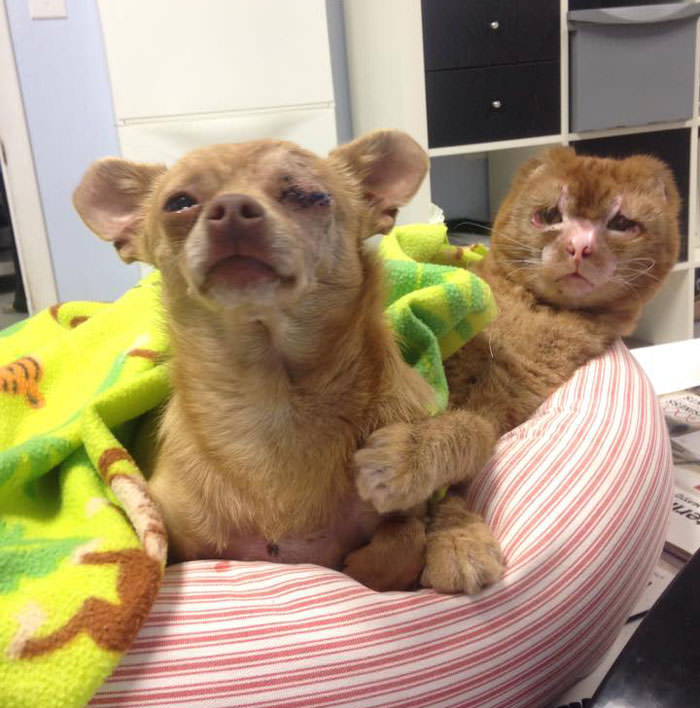 “And it’s not all about him. He really enjoys giving companionship to others” 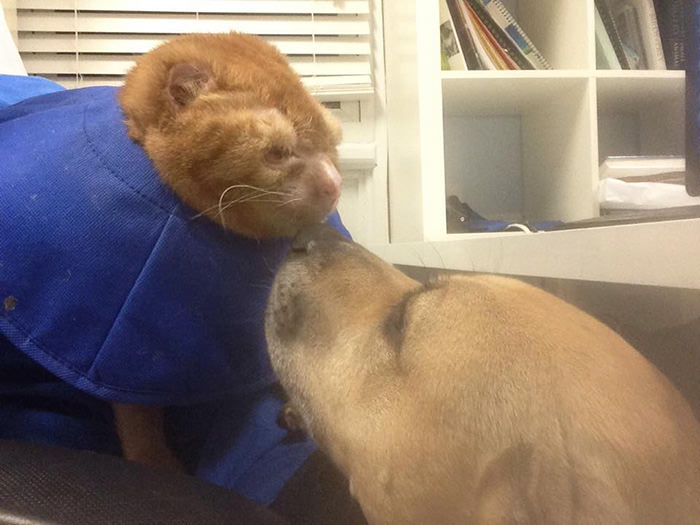 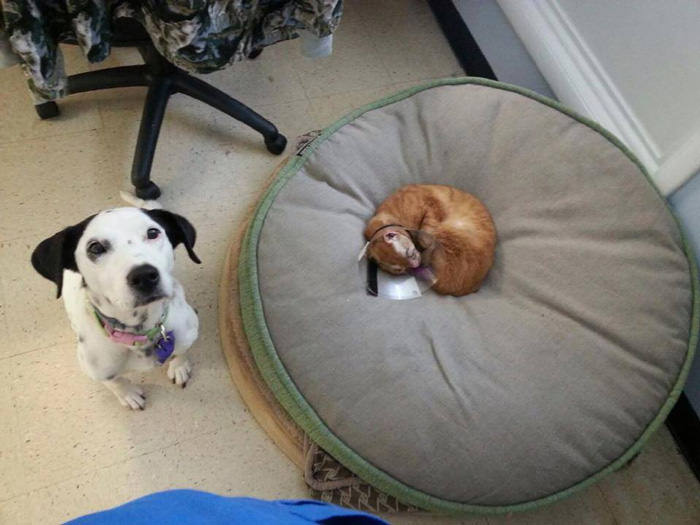 He may never be able to return to his former life but he has a good and meaningful life at the clinic. 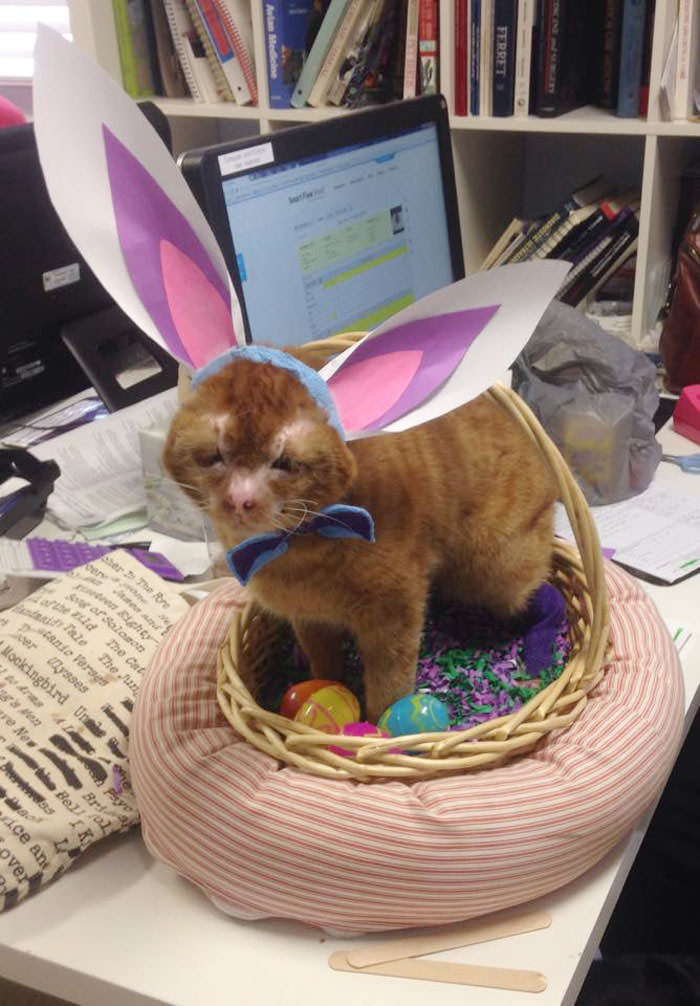 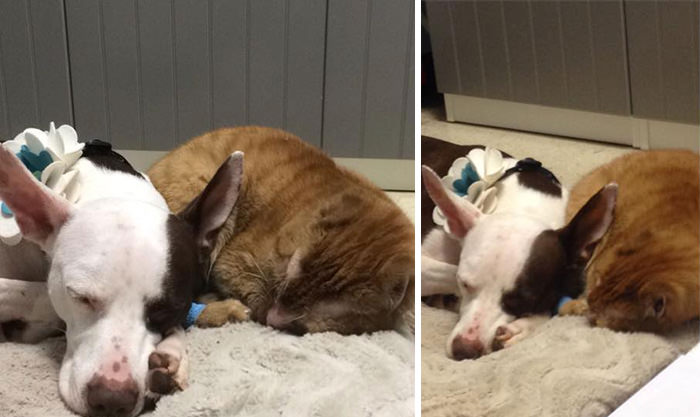 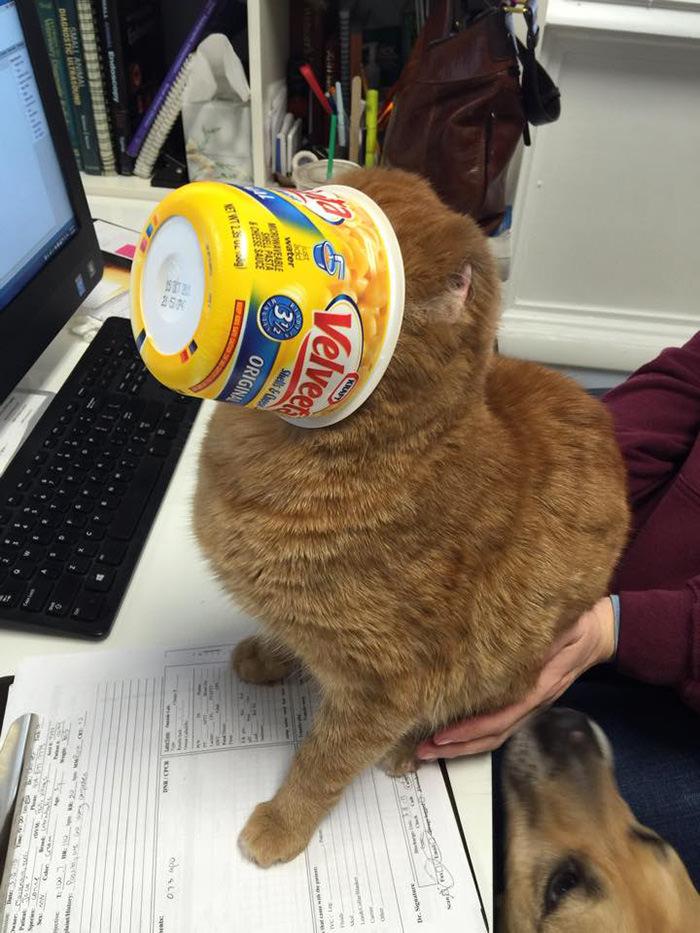 “He’s a rock star here. Everyone wants to see him, and he just eats it up. I don’t know if he’d like being a normal house cat again, so we’d be happy to keep him as our clinic mascot.” 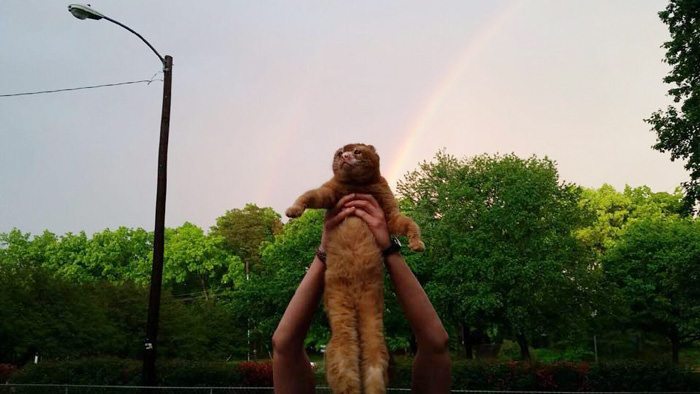