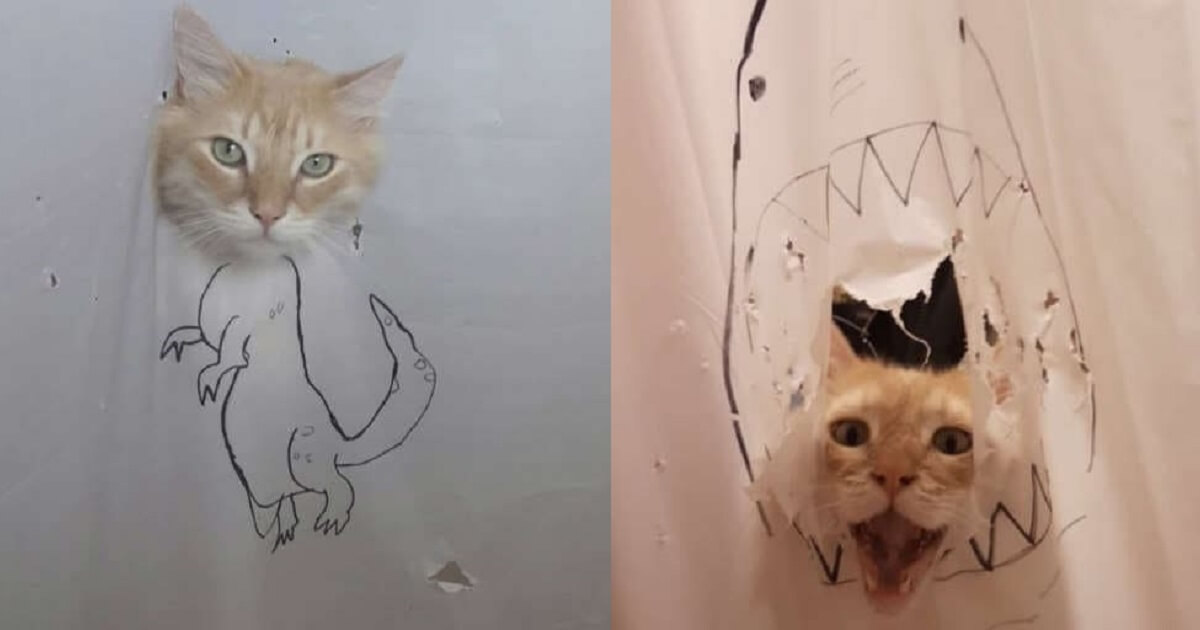 Meet Masuka, a smart ginger cat who is definitely the weirdest, most entertaining cat you have ever met. He loves water and is full of personality. However, he is not at all like his cat siblings, he can’t stop destroying shower curtains. His owner, Tina Hoang found little 4-month-old Masuka wandering around outside her apartment, so she decided to adopt him. It didn’t take her long to realize that Masuka was obsessed with water. He loves sitting in the sink and he never misses an opportunity to play in the shower. For this reason, he often destroys and tears shower curtains to drink water and play with it. “He loves running water,” Hoang told The Dodo. “Every time I’m in the shower, as soon as he hears the water running, he comes running in.” Ripping the shower curtain is now one of Masuka’s favorite activities and he can not stop doing it. So, Tina has to buy a new curtain every few months and she was tired of this weird and mischievous action. One day, when Masuka was poking his head through the shower curtain hole he created, Tina was inspired and came up a creative idea. She decided to turn the hole into something fun. “Every time I see him in the shower he just cracks me up,” Hoang said. “I figured I might as well have some fun with it. Can’t get mad at that face!” Although Masuka gets his owner into troubles many times, he knows how to bring a smile to anyone’s face. That is the reason why his owner doesn’t mind and always forgives him for his mistakes. Recently, Tina Hoang bought a new, more durable shower curtain to end up Masuka’s action. However, she understands that her naughty cat still might find a way.