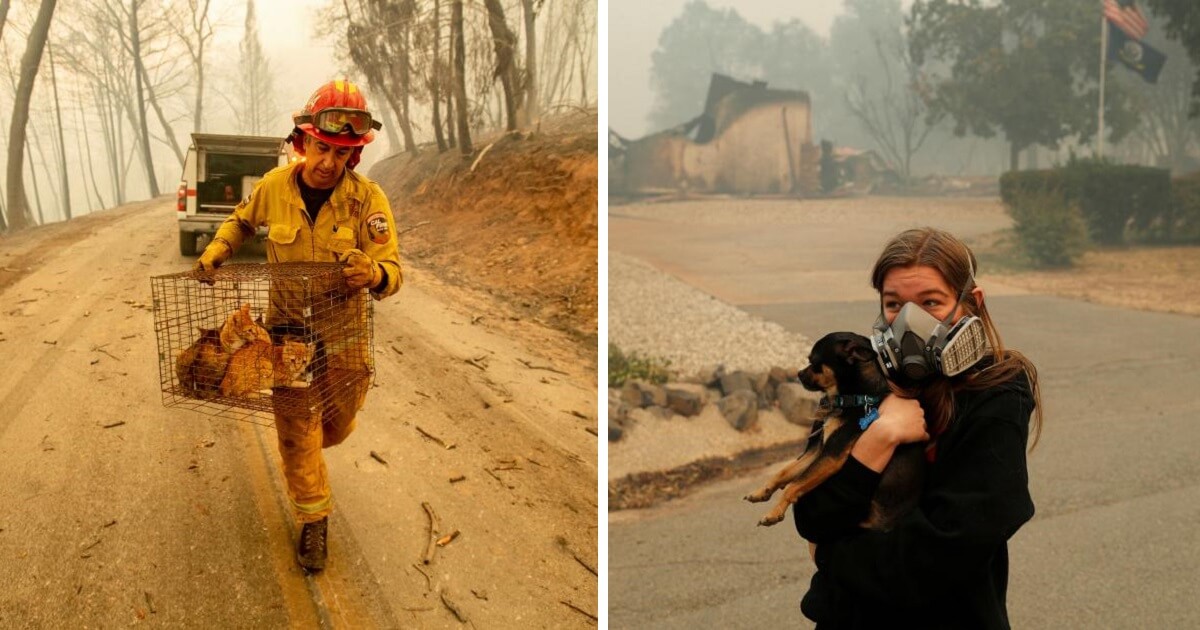 Two massive wildfires on opposite ends of California have burned nearly 200,000 acres. The Camp Fire (in the north) and the Woolsey Fire (in the vicinity of Los Angeles) have left a fatal trail of destruction and heartbreak not just human losses, but in wildlife and household pets too. Animal lovers across California have banded together in frantic efforts to save thousands of their four-legged loved ones threatened by wildfires raging across the state, officials said Monday. Despite the widespread destruction, some pets have been recovered there alive, giving hope to survivors who are still missing theirs. The effort is complicated because often animals caught up in fires flee or hide, especially when injured. Residents have been using social media to spread images of their lost animals around the internet. Dedicated accounts, groups and hashtags have also been set up by online volunteers to help reunite pets with their owners.

Local animal services across California have urged people who are able to adopt or foster pets from shelters to do so in order to make room for those being brought in on an emergency basis. Several online fundraising appeals have been set up to pay veterinary bills for animals that have been found with burn injuries. In some places, veterinarians have been working in groups to try and treat injured and lost animals for free. The sight of animals displaced by the separate blazes are another reminder of how wildfires uproot the order of daily life. Some photos in California wildfires. 10+ Pets Who Made Their Owners Actually Facepalm With “Crazy” Actions

10+ Animals Who Act Just Like They Star In Movies

30 Animals Who Are Spreading A Lot Of Joy With Christmas

Photographer Takes Photos Of Friendship Between Children And Animals