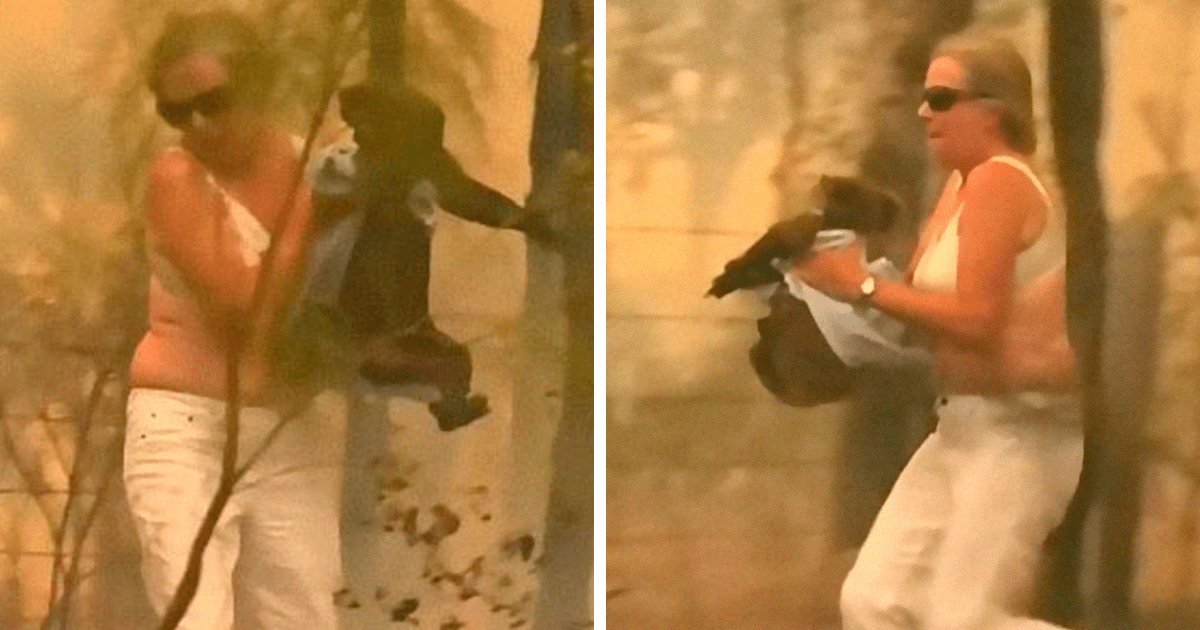 Multiple wildfires have been ragging across eastern Australia since October, especially in New South Wales and Queensland. The bushfires have left six people dead, the landscape devastated, and destroyed more than 577 homes. Wild animals are also taking a massive hit, their habitats being burned to ash and getting injured themselves. Without rain, officials warn there is little chance of the fires abating any time soon. They remain fearful that the fires will continue to get worse in coming days and weeks. But one recent act of bravery has given the country hope in fighting the blaze. In the midst of destruction and devastation, one selfless woman named Toni risked her life to save a scorched and screaming koala from the blaze. Toni whipped off her shirt and used it to wrap up the koala. She then used a water bottle to cool its burnt skin and quench its thirst. After that, she took it to Port Macquarie Koala Hospital, a facility is currently treating a number of injured koalas. Koalas are especially vulnerable to the fires because they instinctively climb to the tops of trees, straight into the heat. Volunteers and rescue teams are working the area non-stop to rescue animals. So far, they’ve brought at least 31 koalas to the Port Macquarie Koala Hospital to be treated for burns and dehydration. You can find out more about this story in the following video:

The hospital has now treated Lewis but his health ‘hangs in the balance’, 9News reports. Toni has now reunited with Lewis after receiving treatment for his burns. The Port Macquarie Koala Hospital and a few other organizations created a GoFundMe campaign to raise money for koalas and wildlife survival who have suffered as a result of the recent fires.

If you love this story, please it with your friends and family members!