Beware humans! Cats are up to something! A Japanese Twitter user, steak600g, posted a picture of three cats standing like humans on two of their feet, looking at something, quietly. What makes the story more creepy is that when caught red-handed, there reaction was in such synchrony that it will freak you out.

Oh well. Somethings cooking. Are they planning on taking over the world and plotting on making humans their slaves. Disappointingly, we do not have the answers to these questions yet. But, you should waste no more time and scroll below to see these adorable little kitties trying to be humans! 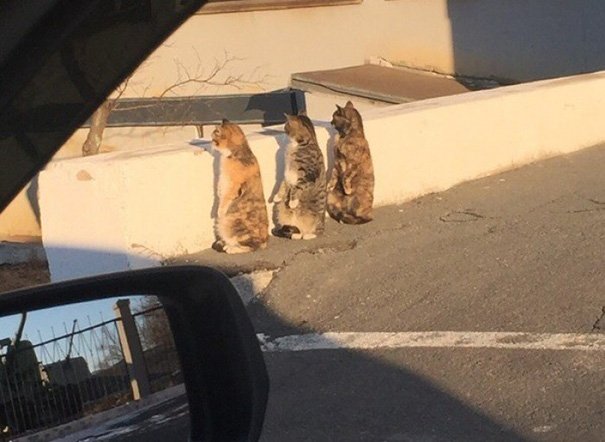 What’s going on in these little heads? Anybody? 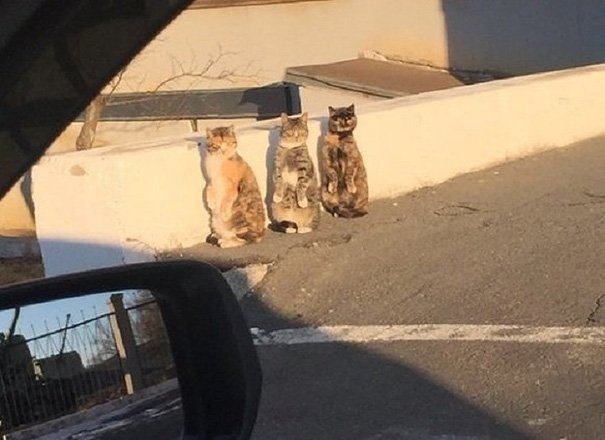 Soldier Got “Chosen” To Be A Stray Cat’s Forever Human

This Street Musician Was About To Call It Quits… But Then These Kittens Showed Up And Did This.